Harnaam Kaur has broken the world record of becoming the youngest female with a full beard. DESIblitz reports her story on overcoming bullying.

"I wanted to punish my body for looking this way."

Harnaam Kaur has broke barriers and overcome bullies by becoming the youngest female to grow and flaunt a full beard. The Guinness World Record holder, who is from Slough, UK, described this moment as “absolutely humbling” and that the “inner child” in her is so pleased.

The citation in the Guinness World record reads: “Now with a beard measuring as long as six inches in places, she overcame years of bullying to take ownership of her appearance and achieve this record title at the age of 24 years 282 days.”

The 24-year-old bearded beauty is a model, body confidence advocate, and Instagram star, and is the first lady with a beard to strut down a runway. Her aim is to break down gender stereotypes and show women that you don’t need to look a certain way in order to be happy.

Speaking to Guinness World Records, Kaur explains: “As the years have gone on I have realised that I was born to stand up proud as a woman who promotes body confidence with in both genders, I was born to show the world something else apart from the ‘societies norm,’ and I was born to help people become confident and comfortable with in themselves.”

Harnaam Kaur’s ongoing battle with Polycystic Ovaries Syndrome (PCOS) and bullies are what motivated her to stand up and embrace her voluminous beard.

PCOS, affecting on average one in five women, often results in excess androgens (male hormones) in women, and the reason behind Kaur’s epic beard game. She is a strong believer in embracing self-beauty, her motto being: “my body, my rules”.

After being diagnosed with the condition at 12-years-old, Kaur began to meet the struggles of puberty mixed with social expectations. With an interview with The Guardian, she recalls the pain endured to try and fit in and the extensive treatments she once had undergone to remove her beard:

“I was crying my eyes out. I did that [facial waxing] every other day because my hair grew so fast – and shaved in between.”

She was still bullied regardless, which resulted in her being suicidal.

“They called me everything under the sun, threatened me with knives and stabbed me with pens,” she says.

Harnaam Kaur began skipping school, contemplated suicide and self-harming: “I wanted to punish my body for looking this way. I wanted to hurt it.”

She contemplated overdosing on a bottle full of pills.  “It was my turning point,” she says simply. “I thought, ‘F*** this shit!’ If the bullies are allowed to live, why shouldn’t I?”

“I decided to turn all that negative energy into positive energy, and grasp hold of life. I wanted to live a happy life, and I made the decision to keep my beard and accept my body for the way it was formed.”

The body positivity campaigner still battles with a lot of hate today, including death threats. Her positivity remains, however, and her journey has helped many women battling with the pressures of PCOS and societal demands.

“I didn’t realise how much my life’s journey of being a self-loather to a self-lover would inspire men and women in many different countries.” 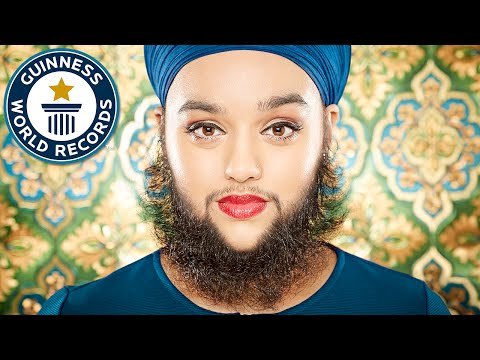 Jaya is an English graduate who is fascinated with human psychology and the mind. She enjoys reading, sketching, YouTubing cute animal videos and visiting the theatre. Her motto: "If a bird poops on you, don’t be sad; be glad cows can’t fly."
Criminals using London Foreign Students as ‘Money Mules’
Winners of the BABA Awards 2016