Finance Director jailed for Stealing over £600,000 from Employer

Finance director, Ilyiea Ali, has been jailed for stealing over £600,000 from her company to pay some of the money to her jailed ‘romance fraudster’.

"The crown concede she (Ali) was not living a lavish lifestyle."

Ilyiea Ali, a 42-year-old Finance director, from Birmingham, has been jailed for stealing over £600,000 from her employer in order to garner the love of Tahmoor Khan, from Bradford, a jailed ‘online dating fraudster’ with major gambling debts.

A police inquiry investigating Khan found that Ali, who was targeted as a love interest by Khan, had been stealing money from her employer to pay into Khan’s accounts.

The hearing at Bradford Crown Court on Tuesday, July 11, 2018, heard how Ilyiea Ali had been seduced by Khan into agreeing to give him money, which prompted her to steal.

Tahmoor Khan had accumulated extensive gambling debts at casinos, so he created a fraudulent scheme to target women for the money.

By posing as a successful businessman and meeting women via an online dating site, Khan charmed and convinced them to give him money, which he promised to pay back.

The court heard how Khan had conned a number of women, including a vulnerable Ali, out of a total of £500,000.

Khan was jailed in October 2016 after pleading guilty to fraud by false representation.

However, Ali saw her ongoing relationship with Khan, who she knew as Sohail Hussain, as a meaningful one. Khan had exchanged WhatsApp amourous messages with her referring to “marriage”.

Included in the messages were also heartfelt requests and demands from Khan for money from Ali to help his ‘car business’ which made Ali “ripe for fraud” because she was not financially stable herself.

Ilyiea Ali was employed in 2010 as head of finance on a £68,000-a-year salary by International Security Forum Limited, a not-for-profit organisation described as the ‘world’s leading authority on cyber, information security and risk management’.

Despite having not formal accounting qualifications, Ali “preyed on” her employers and worked out a way to siphon just over £610,000 between March 2015 and April 2016.

Ali took most of the money from a US-based City Bank account, which was being used for payroll purposes at her company. 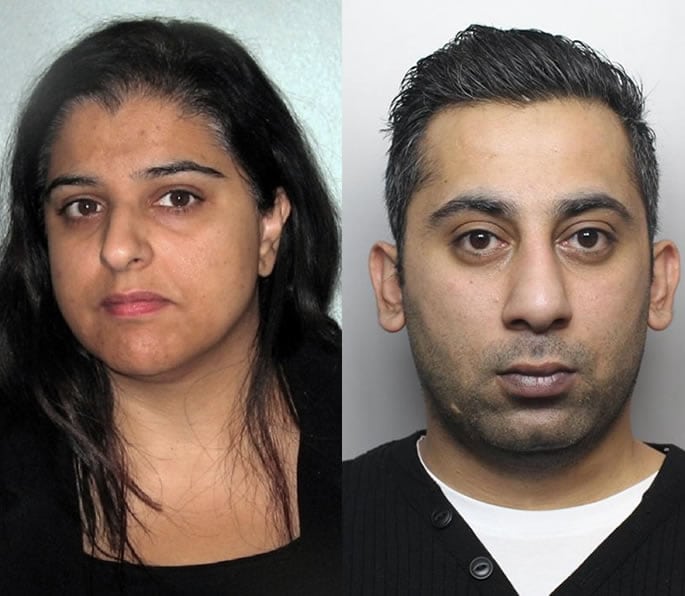 After stealing the money, Ali began to use it for Khan and herself.

During Khan’s police investigation in 2016, a number of transactions in Ali’s name were discovered in Khan’s accounts, prompting them to suspect and contact Ali about the payments she made.

However, despite police inquiries, Ali went on to steal another £75,000 from her workplace. Some of which she used towards paying for a holiday in Dubai.

“The crown concede she (Ali) was not living a lavish lifestyle.” And that “it was clear her own financial position was in a parlous state.”

But Mr Storey explained it was extremely clear that Ali had committed a crime of theft from her own company, saying:

“The reason the money was not accounted for was because she (Ali) was the person responsible for identifying financial anomalies.”

A statement from International Security Forum Limited’s managing director described the money stolen as a “large loss” to the not-for-profit organisation, representing 7.4 per cent of its annual turnover.

Defending Ali, Lisa Wilson stated that her client had experienced an “extremely troubling” life with different types of abuse and mental illness.

Miss Wilson said that Ali had hoped to pay the money back to ISF before the US account she stole from was audited, saying:

“Having lost everything of her own she found herself giving in to temptation and committing this offence. She did want to pay them back. She herself was a victim, that is what lay behind the offending.”

After having previously pleaded guilty to a charge of theft, Ilyiea Ali was sentenced to 30 months in jail by Judge Jonathan Durham Hall QC.

Judge Durham Hall said that whilst accepting Ali had a “chaotic financial history”, she still managed to circumvent the checks and balances put in place by ISF to proactively prevent fraud.

Sentencing Ali he told her:

“It would be nice if your advocate could say that all the money went to the fraudster Khan.”

“It’s quite right to say that set against your appallingly unhappy history that you were ripe for fraud. The problem is, that was only about half the money you took.

“It seems to me that the scale of this demands that I send a message, however heavy the heart, that while we understand you have been used, you were preying on your company to gain amounts most of us can only dream of in cash.

“The least sentence I can impose on you is one of 30 months. People have to learn, have to know, have to think, that if they want to do this then there will be very serious consequences.”

Nazhat is an ambitious 'Desi' woman with interests in news and lifestyle. As a writer with a determined journalistic flair, she firmly believes in the motto "an investment in knowledge pays the best interest," by Benjamin Franklin.
Shocking Video of Indian Woman Beaten tied to a Tree by Family
Daljinder Bassi to pay back over £700,000 for £2.5m Drug Crimes