Two corrupt Birmingham bank workers, Abdul Khan and Mansoor Sanobar, were both jailed for committing fraud and stealing over £220,000 from HSBC bank.

"Khan used his knowledge of the HSBC computer system to steal about £221,000."

Two workers from HSBC bank in Birmingham, namely, Abdul Khan, aged 32 and Mansoor Sanobar, aged 33, both from Walsall, have been jailed for committing fraud and stealing over £220,000 from the bank.

The two friends conducted their criminal activity with Khan utilising his inside knowledge of the HSBC bank computer system and how to transfer large sums of money.

They used the stolen money to enjoy “extravagant lifestyles” until they were caught after an investigation by the Dedicated Card and Payment Crime Unit, headed by Detective Constable Matt Cornell.

They were sentenced on 8th March 2018 at Birmingham Crown Court after being found guilty of the crimes.

Khan was given three years and two months for admitting the fraud. Sanobar pleaded guilty to transferring and converting criminal property and was jailed for two years and eleven months.

Abdul Khan joined the bank as a Senior Collections Associate and Mansoor Sanobar as an Underwriter in 2010.

Between 2014 and 2016 Khan made multiple transactions from internal miscellaneous accounts used to give refunds to a client when there is some kind of disagreement or problem with the account.

“We say, in particular, Khan used his knowledge of the HSBC computer system to steal about £221,000.”

“Both Khan and Sanobar were living extravagant lifestyles far beyond their means making purchases of holidays and home improvements and withdrawing large sums of cash.” Mr Aspinal added.

He highlighted: “Those extravagant lifestyles were only made possible by money stolen from HSBC.”

Upon transferring the money, they withdrew money from cash machines on a regular basis which was then moved to Sanobar’s credit card and accounts belonging to the fraudsters. The largest sum was more than £125,000.

It was revealed that Sanobar transferred some of the cash to others and made purchases of about £105,000. 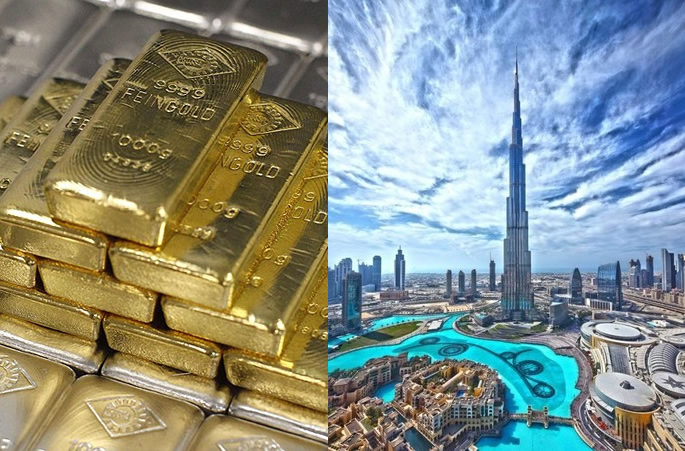 Khan had also spent some of the money on a trip to Dubai with accommodation in 2016.

“He foolishly became involved in the fraud to assist his parents over their financial difficulties but, of course, there came a stage when it went beyond that and greed got the better of him.”

Sanobar’s lawyer, Balbir Singh, said that at first Mansoor wasn’t aware that the money came from committing fraud but became suspicious later on.

As both men were sentenced, Miles Watkin, the Recorder told Khan:

“You abused your position of trust as an employee of the bank and you carried out your activities over a sustained period of time.”

Detective Constable Matt Cornell was pleased with the outcome saying:

“These two men thought they could live the high life, funding their lavish lifestyle through stolen funds.”

“The sentencing sends a very clear message to would-be fraudsters: you will be caught and punished.”

It was revealed that Khan was too embarrassed to tell his wife and that he had brought shame on his family. In a Desi community, such dishonour and callous greed do not go unnoticed, so the shame and fallout of this crime will certainly tarnish the family name of both men.

Amit enjoys creative challenges and uses writing as a tool for revelation. He has major interest in news, current affairs, trends and cinema. He likes the quote: "Nothing in fine print is ever good news."
Vile Rapist jailed for Brutally Beating Woman after Raping her
The Fast Route to a Degree and to Management – and it’s Open to All