Fashion Pakistan Week 2016 featured the most prominent designers from the country, celebrating the festivities of winter with the most classy celebrities.

As Fashion Pakistan Week 2016 Winter Festive (FPW2016) took over Karachi, the sartorial tone of the city was set by deep maroons and gold, combined with soft hues and luxurious textures.

Models effortlessly twirled on the ramp, while the audience observed 20 of the country’s most celebrated designers and prominent celebrities.

There were plenty of unique and original ensembles on display. Here are a few elements that captured our attention from each day. 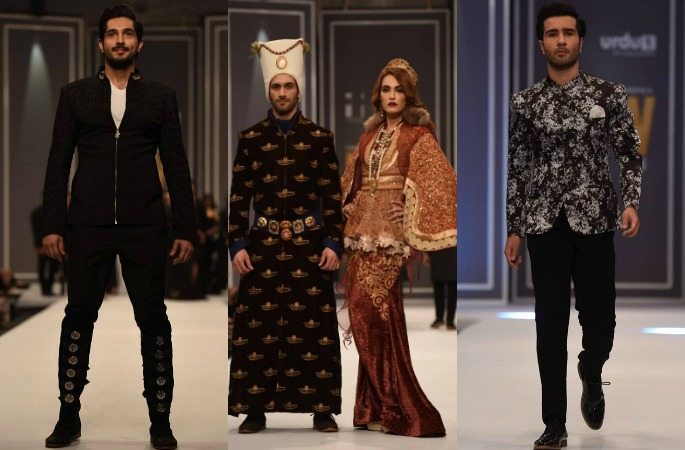 Black works with everything, and Maheen Karim’s ‘Tales of Vienna Woods,’ is proof. It’s funky, bling, flattering, and glamorous at the same time. With touches of gold, her ball gowns, jackets and capes, came together in luxurious textures.

Labelling his new collection ‘ONYX,’ HSY stuns the audience with an all black creation. Rather dark and unglamorous. But, seen separately from the usual embroideries. Focusing on textures, cuts and fabrics. The designer states: “ONYX is created for those who pave their path and decide their own fate. Simple, wearable but all the more luxurious.”

Overall, HSY portrayed the expressions of the German designer Karl Lagerfeld, who is recognised for black themes. The show-stopping garment worn by the Janaan famed heartthrob, Bilal Ashraf, featured a fitted and zipped leather gear.

Further, Shamaeel Ansari and Amir Adnan introduced an “essence and magnificence that the Ottomans represent.” 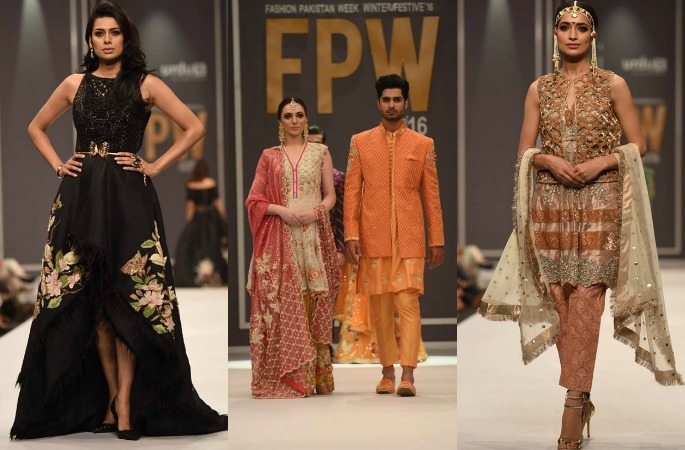 With distinct and elegant cuts, Shehla highlighted jumpsuits with attached kaftans and skirts, belted at the waist. Very experimental treasures, exploring a palette that varied from white, pink, ivory and black.

Further, one noticed most prominently, the wicked celebrity pair of Mann Mayal. Gohar Asheed and Aisha Khan, in Natasha Kamal’s catwalk. Wearing a sequins and cut-work piece, Aisha indicated a glinting appearance. While Gohar rocked a simple ivory kurta with a complimenting waistcoat. 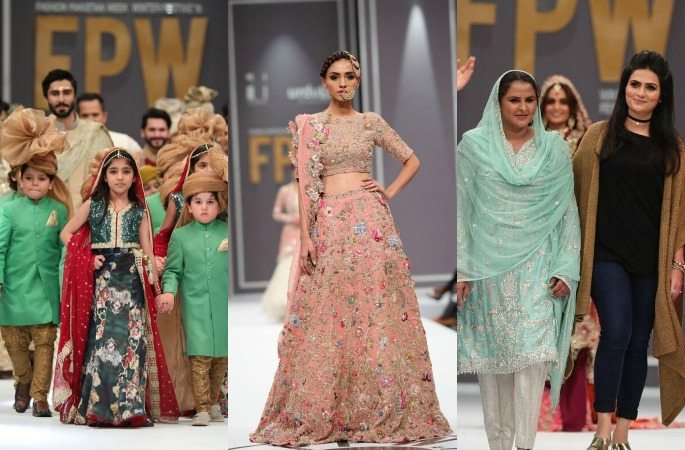 The highlight of day 3, Mukhtaran Mai, the survivor of a dreadful gang-rape incident. She walked the ramp wearing Rozina Munib. Titled as ‘Zindagi kay Rung,’ the designer expressed:

“I want to be the voice of those women who face circumstances similar to what I did.”

Rozina’s collection presented several styles of pants, each with delicate details. The most stunning was a soft shaded simple saree, featuring a heavy worked blouse.

Then, there was Nida Azwer. Within shades of red, black and gold, stood out her tea pink pieces. Nida’s floral scenery theme was carved beautifully with antique zardozi, merged with detailed thread work.

Following Nida, Saira Rizwan presented ‘Banaras.’ True to its name, the collection appeared to indulge in the Mughal era. Blending together velvet textures with architecturally embellished motifs. The key colours were deep red, maroon and gold. 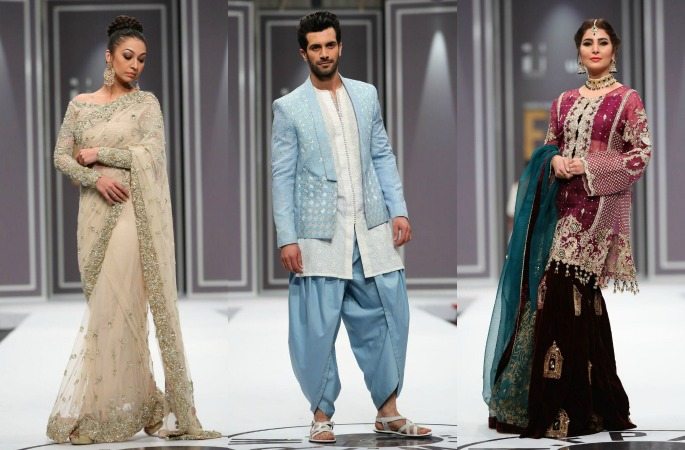 Republic womenswear’s collection proved that the colour grey can be fashionable too. Although a neutral palette, the shades of grey gave a message of simplicity. It was one special showstopper that wrapped the entire grace of the collection, Mawra Hocane. The actress says: “7 inches heel and 35kgs lehenga, breathtakingly intricate and beautiful.”

All in all, Fashion Pakistan Week 2016 was a beauty. It was about the individualistic statements of each designer. Yet, sighted a rather celebrity-loaded culture.

Check out more images from Pakistan Fashion Week below: