Pawan Kalyan features in a teaser for the much-anticipated upcoming Telugu film ‘Vakeel Saab.’ Fans are going gaga after the trailer is out.

The fans are in love with Pawan Kalyan’s look in the film.

The newly released minute-long teaser video gives a glimpse of the courtroom scenes from the upcoming film.

Pawan Kalyan is seen in a lawyer’s attire for most of the video, which ends with him reading a book while sitting in the back of a moving truck.

The teaser also includes action sequences shot inside a metro. 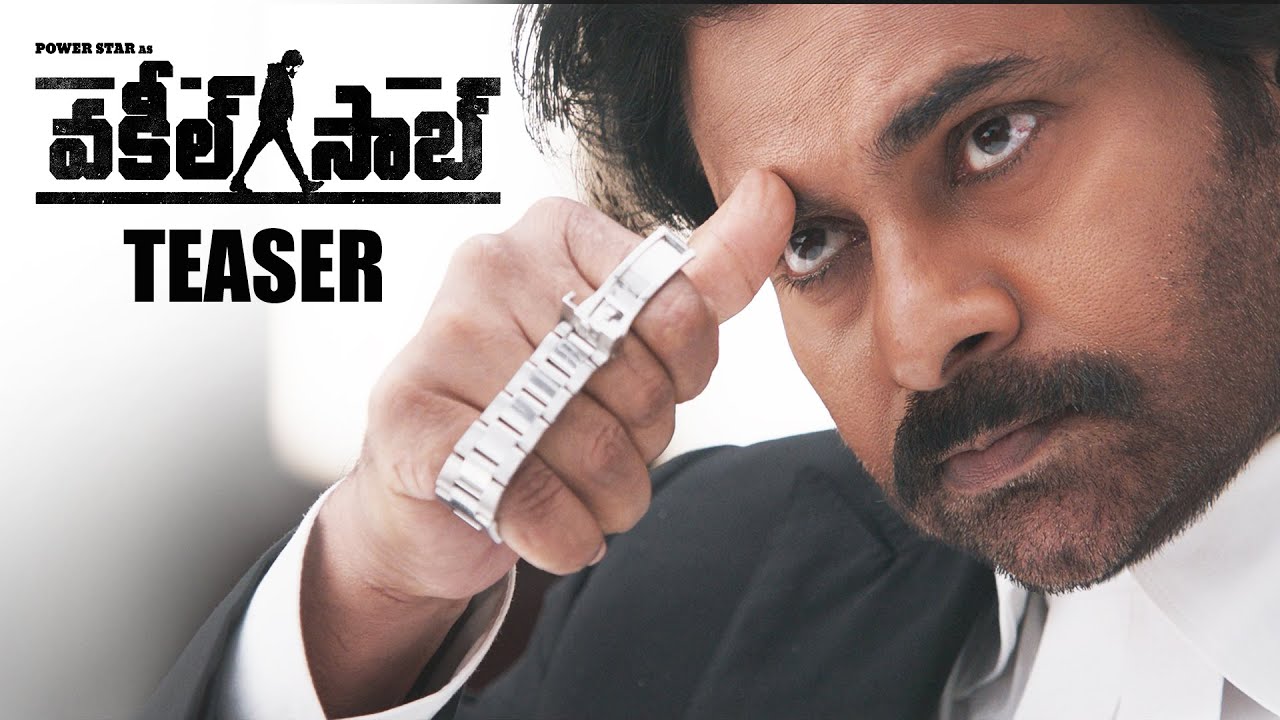 In November 2020, photos of Pawan Kalyan taking the Hyderabad metro rail from Madhapur to Miyapur had gone viral on social media.

At the time, it was reported that the actor had taken the metro to attend the shoot of Vakeel Saab.

The actor was spotted metro travelling in a black suit and white shirt. He was also sporting a white face mask and black shades.

A day before 2021, 0n New Year’s Eve, the makers released a poster featuring Pawan Kalyan and the female lead of the movie Shruti Haasan.

The makers had also confirmed that the teaser will come out for the Indian festival of Sankranthi, which fell on January 14, 2021.

Hence, ahead of the teaser’s release, Telugu fans looking forward to the film had begun trending #MakeWayForVakeelSaab on Twitter.

It’s a wrap for #VakeelSaab!

Shooting complete & we move on to Post Production. #VakeelSaabTeaser on Jan 14th at 6:03PM

Whereas, another user tweeted:

The trailer has been very well-received by fans, with many praising Pawan Kalyan.

However, some fans have questioned the absence of three key women in the trailer of the remake version.

Vakeel Saab will be featuring Telugu actresses Nivetha Thomas, Anjali and Ananya Nagalla. They replace the roles of Taapsee Pannu, Kriti Kulhari and Andrea Tariang from the original Hindi film.

Nevertheless, the trailer focuses primarily on Pawan Kalyan and not the victims of the film unlike the original.

It seems that the director of the Telugu remake has added a little twist to Pawan’s characterisation as well.

While Amitabh Bachchan’s character was of an emotional and tormented soul, Pawan Kalyan shows no such signs of vulnerability.

He is not weighed down by the past. He seems light on his feet and sharp as a tack.

Fans look forward to seeing how this will translate in the upcoming movie Vakeel Saab.

Akanksha is a media graduate, currently pursuing a postgraduate in Journalism. Her passions include current affairs and trends, TV and films, as well as travelling. Her life motto is 'Better an oops than a what if'.
Jiah Khan BBC Documentary sparks Justice Campaign
Riz Ahmed reveals his ‘Secret’ Wedding Details