The Euro 2012 Football competition celebrates the coming together of different teams from Europe to play for the cup. The tournament this year has been tarnished by fears of racism, xenophobia and anti-semitism existing in the hosting nations of Ukraine and Poland. Especially, presenting dangers for travelling Black and Asian fans from the UK.

The Euro 2012 Football tournament kicks off on the 8th June 2012 in Warsaw, Poland, with the match between Poland and Greece. Matches for the competition will take place in Poland and Ukraine.

Both countries located in Eastern Europe, share problems associated with racism in football with organised groups of nationalist fans known as the ‘Ultras’ who incite right wing and neo-Nazi hatred.

Recently both the BBC and Sky broadcasters in the UK produced televised reports with evidence of the racism and xenophobia that exists amongst these groups of violent fans, who support white supremacy and anti-semitism.

Both host nations have their racism problems in football with Poland being more anti-Jewish and Ukraine having issues with non-white players or fans.

The Celtic cross often used by people in the white power movement is seen at many matches in both countries and therefore incites hatred towards non-whites. Other Nazi symbols and support for extreme right wing views are definitely present amongst the hooligan groups. 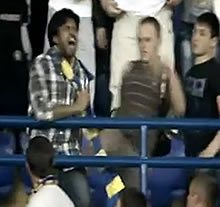 The BBC Panorama report showed footage of South Asian fans being beaten up by their hooligans from the team they came to support. The mindless thugs decided to lay into the Asian supporters as targets to exercise their racial hate. The three or so innocent fans were trapped from both sides of the stadium in the family area where they were watching a local Ukrainian derby game. Hooligans set upon coming from both sides.

One of the victims of the violence said: “We were supporting the home team.” And when asked if the Police helped. He replied: “No, no, no the police are not helpful at all.” 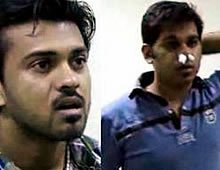 The report on the BBC programme Panorama shown to ex-England player and captain Sol Campbell, horrified him by what witnessed on the footage.

Seeing the beating of the Asian fans, Campbell said: “Innocent people.. Just look at them it’s just gangland. No one’s helping, no police is helping. Look at that.. That is absolutely disgusting.”

Reacting to what he saw about anti-Jewish support and hatred he said: “All the chants of killing Jews is sickening to the core. I’m just glad it’s not like that in England. I know it was at one stage but in the 21st century, this is on a different level.”

When asked what he would say to families and friends wanting to travel to watch the Euro 2012 games, he said: “No chance. Stay at home and watch it on TV. Don’t even risk it.”

Below is a YouTube hosted report of BBC News covering the programme:

With the increase of British Asian and South Asian fans watching the game more both at a local and national level, the revelations raise major concerns and fears for any such fans wishing to watch the tournament live in the host nations.

UK Government advice on the Foreign and Commonwealth website for Ukraine is:

“Although the vast majority of visitors experience no difficulties, foreign nationals have been the victims of violent crime in Kyiv and other major cities. In some cases attacks have been racially motivated.” It then adds this line of warning:

“Travellers of Asian or Afro-Caribbean descent and individuals belonging to religious minorities should take extra care.”

You can see the complete advice here: for Ukraine and Poland. 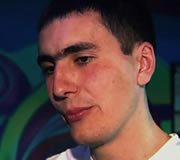 Ukraine hooligans openly interviewed for the Sky report and have voiced their opposition to Asians and Black fans coming to Ukraine. Many of these far right supporters spread organised crime and promote neo-Nazism at matches. Many train in army style boot camps in hidden locations to develop their tactics. One example is ‘Donetsk Company’ who openly declare their hatred for anyone non-Ukraine.

Marek a mobile salesman who is an avid part of Donetsk Company said that Black and Asian England supports should think twice about coming to the games. “I think they should know that here in in Ukraine and Russia football fans support the far right movement. We are nationalists.” 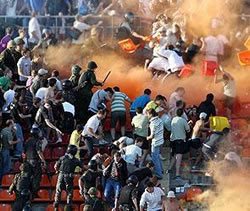 The highlight of the state of racism in these countries has alarmed many supporters and many have decided not to go including families of some of the Black players in the England team.

However, officials in Ukraine have been outraged by the adverse publicity and say that the country has many problems but that racism isn’t one of them. They are vowing that foreign fans will be safe with increased security measures. But after seeing the evidence of hatred and the lack of reaction from police and authorities, the vows do not seem convincing enough.

The issue is not just for the fans. Many black players are concerned about racist abuse at matches they will play in. UEFA says it will take strong disciplinary action if they receive reports of any level of racism. And referees have been told to stop games if mass racism is an issue: a game of football does not come before the degradation of human beings.

The choice therefore lies with the individual if they want to go to watch the Euro 2012 competition live at the venues in Poland and Ukraine. But as it looks so far, if you are Black or Asian you do need to take ‘extra care’ if you are going.

Baldev enjoys sports, reading and meeting people of interest. In between his social life he loves to write. He quotes Groucho Marx - "The two most engaging powers of an author are to make new things familiar, and familiar things new."
Kolkata Knight Riders win IPL 2012
Sachin Tendulkar now an Indian MP