Does the Desi Lifestyle Impact Health and Fitness?

The Desi lifestyle is known for being most popularly associated with high-calorie food. Yet, there are other contributing factors impact health and fitness.

"I have tried to eat healthier"

Typically, the Desi lifestyle is plagued with factors that could lead to detrimental health and fitness risks.

The Desi way of life is instantly associated with a high-calorie diet. South Asians are considered an at-risk group for diabetes, cholesterol and cardiovascular disease.

These health problems are intensified with the lack of physical activities resulting in obesity.

Factors such as cultural expectations are to blame, the desired body image and consumption of alcohol affect both the body and mind.

We explore the influence of these Desi lifestyle aspects on the health and fitness of South Asians. 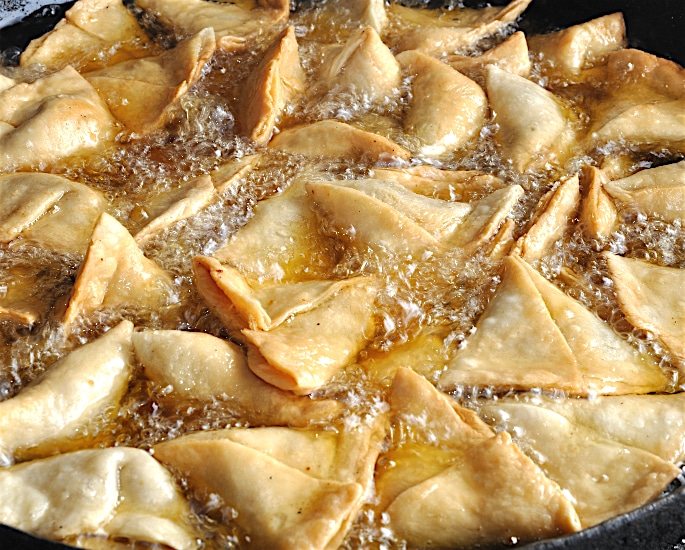 For example, dal (lentils), sabzi (vegetables), chicken, chawal (rice), lamb and so on are much loved by everyone. Not to forget the array of spices from ginger to garlic.

There is no denying the extravagant range of Desi foods.

According to Ayurveda (Indian medicine), it claims this type of food is enough to source our bodies with all the beneficial nutrients required.

Despite the healthy foods available, the Desi lifestyle is tinged with diabetes, obesity, cholesterol and so on.

This is because the potential of good carbs, proteins and vitamins are overshadowed by the over-indulgence of fried snacks and cooking methods.

South Asians tend to cook food in great amounts of oil and ghee such as frying samosas or cooking a curry.

This means the foods are higher in calories which increase weight gain.

Nothing compares to a Desi mother’s cooking. The comforting idea of coming home after a long day to a pile of rotis or a mountain of rice.

Typically, gender roles come into play. In South Asian families, traditionally the male is the head of the family and it is the female’s responsibility to cater and care for everyone.

In this instance, a family’s diet is accommodated to the man’s taste.

According to the Barriers to Lifestyle Behavioural Change in Migrant South Asian Populations, it states:

“Younger women have expressed difficulties in making healthy dietary changes due to the resistance they encounter by their parents or grandparents.”

As a result of this patriarchal norm, the younger generation is likely to fall into the trap of poor dietary choices.

Falak, a 15-year-old girl was asked to explain her family’s diet. She stated:

“Normally, my family and I eat unhealthy food. My mother cooks every day and the curries contain a lot of butter, the pakoras are always deep-fried and there is no limit on portion size.”

She went on to describe instances where she attempted to change her diet and failed:

“There have been many instances where I have tried to eat healthier. However, in a South Asian household, it is seemingly impossible.

“This is because my parents and grandparents are set in their ways and have particular food choices. Having grown up with all this fatty food around me I have become immune to thinking otherwise.”

Falak went further to state how occasions do not make things easier. She said:

“In particular, on Eid, we have a banquet of food and it is very hard not to indulge in all the amazing food. Also, there are many family gatherings and weddings taking place all year round and this makes matters worse.”

Regular family occasions and gatherings where this type of food is in abundance results in South Asians unaware of how many calories they are consuming.

Lack of Physical Activities  for Women 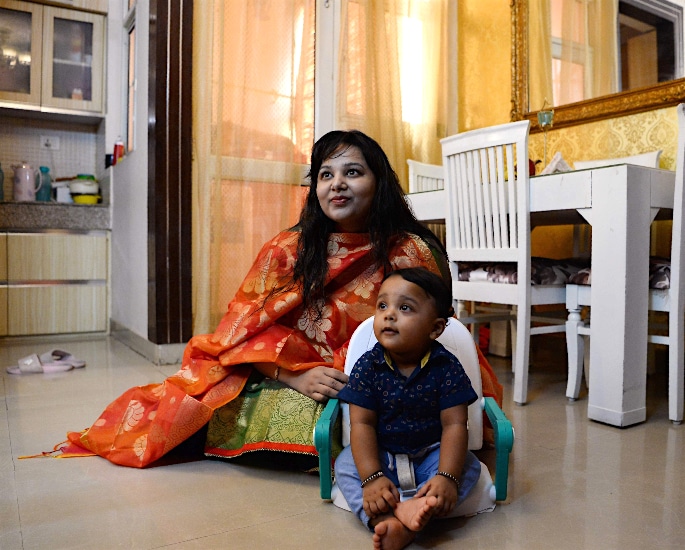 Besides focusing on wholesome food choices, physical activities are limited amongst the Desi population, particularly women.

Traditionally, women were confined by their cultural and familial dynamic. Women raised the children while the husband went out to work.

It is important to note many undermine the role of women in the household because they are left with no time for themselves. In this instance, they don’t necessarily have the time to exercise.

Despite this slowly changing, the idea of separating men and women still exists. As a result of this, women find it culturally unacceptable to exercise around men.

They would much rather prefer and feel comfortable in female-only facilities.

Yet this is a problem. Majority of the gyms and exercise services are of mixed gender. This means many South Asian females are restricted in making use of these facilities.

Mrs A, a 43-year-old woman explains why she has never visited a gym. She said:

“Some husbands do not mind it if their wives go out to exercise. However, this is not acceptable to us. My husband would never allow me to go to a gym where there are men.”

She continued to mention how it is the same for younger Asians. She states:

“The same applies to children. Even if they want to go to the gym, namely the daughters they would have to seek permission from their father. This is not something a dad would allow.”

This has been an issue that has been highlighted by researchers. They have acknowledged the significant role of South Asian culture on fitness.

“I think that accessing preventative health care has been less than optimal in South Asian populations because they are not aware that they are at increased risk.”

According to the Physical Activity in South Asians, it states:

“South Asians living in the UK have consistently been shown to have lower levels of physical activity than the general population, a trend which begins in early life, and is likely to be an important contributor to this increased incidence and poor health outcomes.”

The Desi lifestyle does not emphasise on physical activities to stay healthy. This problem stems back to the elder generations.

South Asian immigrants were not advised to exercise while growing up in their native countries. This way of thinking has been passed onto the younger generations.

It is this unfamiliarity with exercise that hinders their health and fitness. It has also led to diseases such as cardiovascular illness, diabetes, cholesterol and so on. 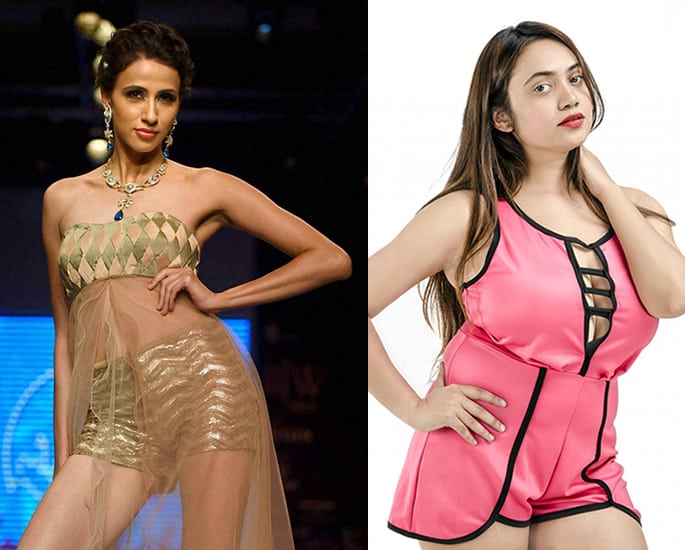 The idea of being slender is one that is favoured by western societies. People are constantly looking to celebrities as their role models.

However, South Asians grew up with the belief that being bigger meant you were healthier.

The Desi lifestyle affects the attitudes towards body image concerning marriage. The desire for you daughter-in-law and wife to have a slim figure is a cultural aspect.

Malika, a 20-year-old student has struggled with body image. She explained:

“I have struggled with my bodyweight from a young age. This is because at home the elders, like my grandmother always praised me for the fact that I was on the fuller side.

“However, this changed when I started university. I am being told by the elders that I need to lose weight as I approach the marriageable age.

“At university, looking at my peers I am constantly thinking about how being slim is more beautiful.”

This perception is not limited to women.

Men also feel some sort of pressure to conform to the acceptable body image.

Saj, a 24-year-old postgraduate student commented on the perception of the right body image. He said:

“While I was growing up I looked up to my dad and grandad who were certainly on the heavier side. This normalised the idea of being larger until I learnt that it was not a healthy trait. As a result of this, I was encouraged to shed some weight.”

“Bollywood now is full of more ‘ripped’ actors than ever before. In the past the actors looked pretty normal and of different shapes and sizes. But now its six-packs and beefy looks.

“Desi guys going to a gym are either obsessed with how they look and they can better the next guy.

“This adds a lot of pressure on anyone who is not so built and makes you feel not so alpha male.”

This way of thinking affects the chances of adopting a healthy lifestyle to improve health and fitness. 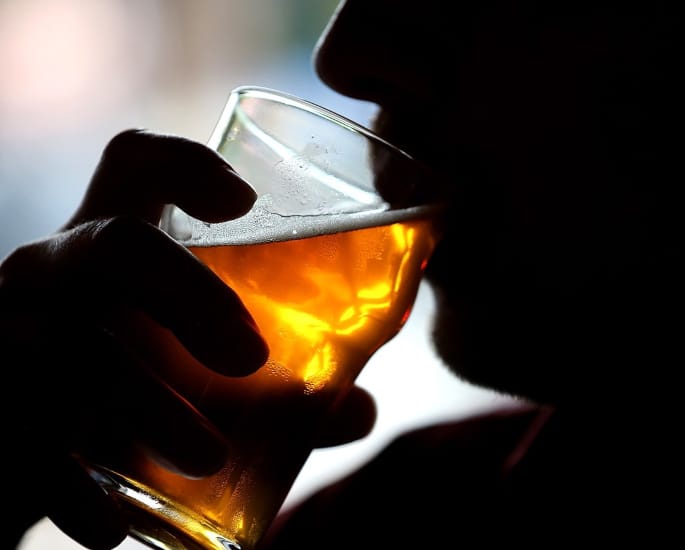 Another aspect of the Desi lifestyle is the consumption of alcohol. Drinking excess alcohol leads to poor health and fitness. It can also result in the individual being stigmatised by society.

The typical Desi lifestyle consists of a reputable job, a good spouse, children and caring for the elders. Young South Asians feel the pressure of having to conform to such ideals.

This leads to a possibility of misusing alcohol to escape the expectations opposed to youngsters.

“What is specific to young South Asians is that they feel more isolated because they are answerable to the family, the extended family and the community group they belong to.”

In this instance, the misuse of alcohol and isolation can lead to mental health problems as well as deterioration of general fitness.

In addition, it has been noted that South Asians are more likely to develop liver disease if excess alcohol is consumed.

According to, Alcohol use in South Asians in the UK, it states:

“It is possible that South Asians are probably more vulnerable to toxic effects of alcohol on the liver at a lower threshold in a shorter period as compared to Caucasians because they have underlying pre-existing liver pathology.”

This vulnerability is a major cause for concern and requires great precaution to avoid poor health.

The Desi way of life is notably an issue regarding overall health and fitness. Yet, certain lifestyle changes can be made to improve the health of South Asians.

More must be done to help tackle these problems to ensure future generations are aware of the potential risks.