Did Sonakshi Sinha get Engaged?

There is speculation that Sonakshi Sinha is engaged after she showed off a huge ring whilst posing next to a mystery man.

"One of my biggest dreams is coming truuuue"

Fans are wondering if Sonakshi Sinha has gotten engaged after she spoke about her “Big Day”.

The actress shared a series of photos on Instagram.

In the pictures, Sonakshi smiled as she showed off her freshly manicured hands. But fans could not help but spot the huge diamond ring on her finger.

Most notably, the jewellery piece was on her ring finger, prompting speculation that Sonakshi got engaged.

The pictures also showed her with a mystery man. One image showed Sonakshi with her hand around the man’s arm while another showed the man’s hand on the actress’.

However, the man’s face was not seen.

“One of my biggest dreams is coming truuuue… and I can’t wait to share it with YOUUUU. 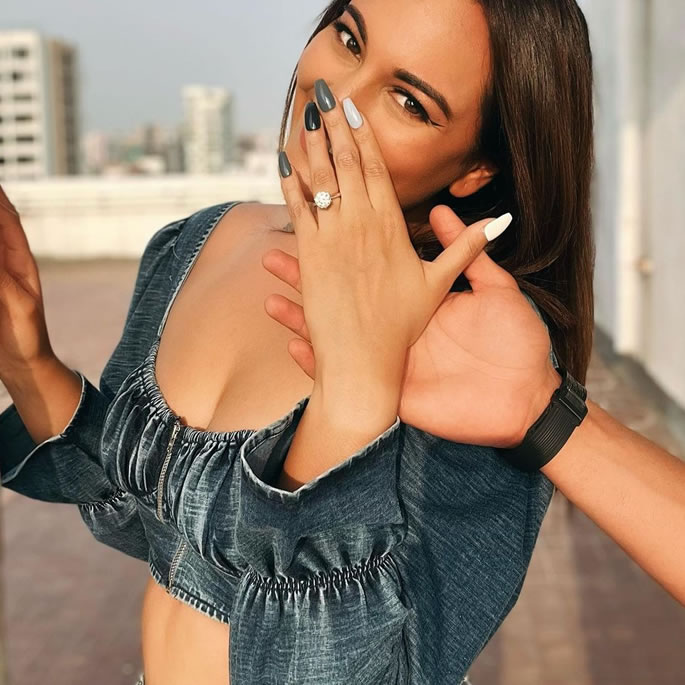 The cryptic posts led fans to believe that she was engaged.

One said: “Congrats. See you soon on your big day.”

Many others sent their messages of congratulations.

Others wondered what she meant by ‘EZI’, with some believing that she was talking about her rumoured boyfriend Zaheer Iqbal.

One fan asked: “Is EZI for Zaheer Iqbal?”

Both Sonakshi and Zaheer have previously spoken about the rumours that they are dating, with neither confirming it.

“Zaheer is like my best friend. We laugh off this news because it is very funny.

“We have worked in Double XL together. I really appreciate him as an actor. I think he was very good in his first film, Notebook.

“His role in Double XL is drastically different from what he did in his debut film.

“I think he is very talented and definitely someone to watch out for.” 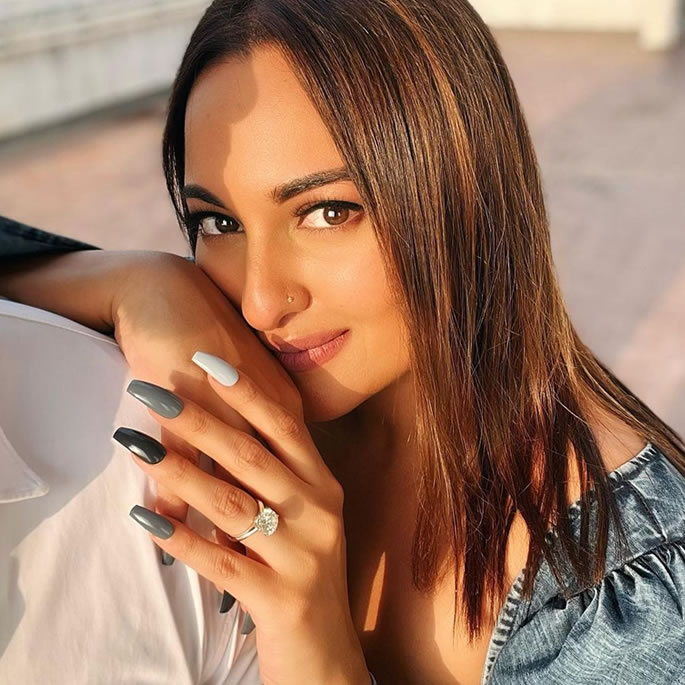 Meanwhile, just a few days before the pictures were shared, Zaheer Iqbal spoke about the rumours, saying:

“Now it has been so long, I don’t even care. I am like okay if you think, then you think. Keep thinking. It’s good for you.”

“If it makes you happy that I am with her, then it is good for you. Then if it makes you upset, I am sorry. Stop thinking about that.

“But it is a part and parcel of this industry. I knew it way before I joined the industry.

“I knew that actors go through this because I have a few friends who are a part of this industry.

Some users believed that an engagement was not the case, pointing out that Sonakshi had written ‘SO EZI’ in each post and stating that it might be a brand endorsement.

One user wrote that the actress will disappoint some fans once she announces what the posts really are.

While the posts have led to a lot of speculation, only time will tell what they really mean.

Dhiren is a journalism graduate with a passion for gaming, watching films and sports. He also enjoys cooking from time to time. His motto is to “Live life one day at a time.”
Priyanka Chopra shares 1st Picture of Baby Daughter
Shehnaaz Gill opens up about Life post Bigg Boss 13