"our little girl is finally home."

Priyanka Chopra and Nick Jonas shared the first picture of their baby daughter on Mother’s Day.

In January 2022, the couple caused a lot of surprise when they announced the birth of their daughter.

The child was named Malti Marie Chopra Jonas and she was born via surrogate at a hospital in San Diego, California.

Shortly after her arrival, it was revealed that Malti Marie was born at just 27 weeks, which was 12 weeks earlier than her April due date.

A source close to the couple said that the baby was to remain in hospital until she was healthy enough to return home with her parents.

On May 8, 2022, Priyanka and her husband revealed that they have brought their daughter home from the hospital.

Sharing the first picture of their daughter, Priyanka explained that their daughter was born prematurely and had spent over 100 days in the Neonatal Intensive Care Unit (NICU).

In the picture, Priyanka Chopra can be seen holding the infant in her arms while Nick looks at the child.

The actress decided not to reveal her daughter’s face to the world, adding a heart emoji instead.

In her post, she wrote: “On this Mother’s Day, we can’t help but reflect on these last few months and the rollercoaster we’ve been on, which we now know, so many people have also experienced.

“After 100 plus days in the NICU, our little girl is finally home.

“Every family’s journey is unique and requires a certain level of faith, and while ours was a challenging few months, what becomes abundantly clear, in retrospect, is how precious and perfect every moment is.

“We are overjoyed that our little girl is finally home, and just want to thank every doctor, nurse and specialist at Rady Children’s La Jolla and Cedar Sinai, Los Angeles, who were there selflessly every step of the way.

“Our next chapter begins now, and our baby is truly a badass.”

“Let’s get it MM! Mommy and Daddy love you.” 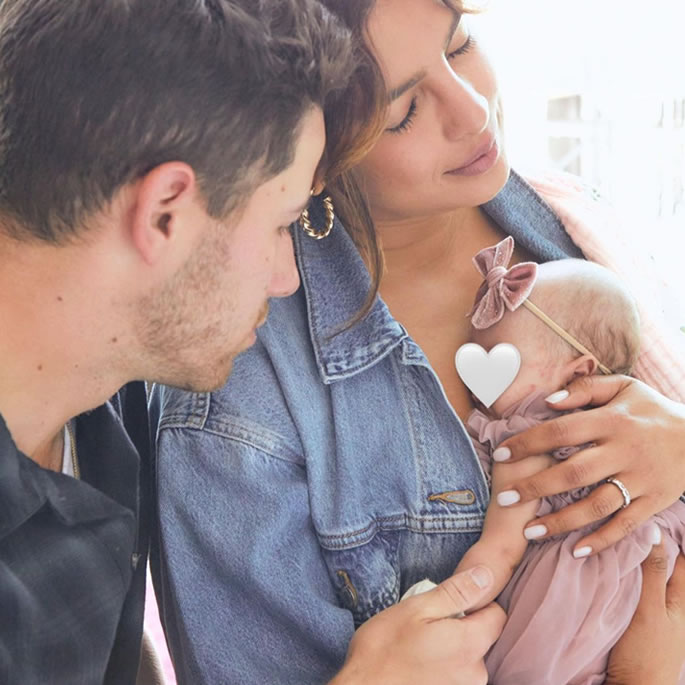 “Happy Mother’s Day to all the mothers and caretakers in my life and out there. You make it look so easy. Thank you.

“Also… there is no one I’d rather do this with than you. Thank you for making me a mama Nick Jonas, I love you.

“Ps- thx @divya_jyoti masi for the picture and @akarikalai masi for MMs fit!”

Dhiren is a journalism graduate with a passion for gaming, watching films and sports. He also enjoys cooking from time to time. His motto is to “Live life one day at a time.”
Shah Rukh Khan’s lookalike Ibrahim Qadri breaks Internet
Did Sonakshi Sinha get Engaged?