Although Disha Patani is dating Tiger Shroff and the couple are happy together, the actress is rumoured to have dated TV actor Parth Samthaan before.

"Disha came to know that Parth is cheating on her"

Gossip has circulated about Disha Patani and her love life. Prior to her relationship with Tiger Shroff, she apparently dated TV actor Parth Samthaan for a year before they split.

Disha is known for her role in Baaghi 2 but she is also a social media sensation as she posts some of her stunning looks.

The actress is happy with Tiger Shroff and the couple supposedly announced their engagement on Valentine’s Day 2019.

Before she got her big Bollywood break opposite Sushant Singh Rajput in M.S. Dhoni: The Untold Story, Disha was in a relationship with Parth Samthaan.

Reportedly, they dated for a year before they decided to part ways.

It was also said that Patani had ended the relationship after she found out that the TV actor was dating former Bigg Boss contestant Vikas Gupta.

A report by Laughing Colors stated: “Parth was bisexual and along with Disha, he was in an affair with former Bigg Boss contestant Vikas Gupta.

“The moment when Disha came to know that Parth is cheating on her, she decided to end the relationship.” 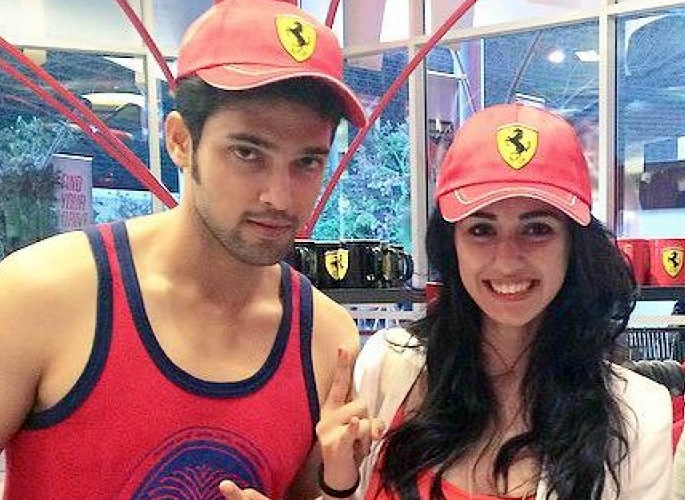 The report added that the actress came across some pictures of Parth with Vikas which left her heartbroken. She subsequently called the relationship quits.

When Parth was asked about his relationship with Vikas, he denied the claims and said the two were friends.

However, producer Ekta Kapoor confirmed the rumours of Parth and Vikas’ relationship. She also said that were various videos which proved it.

Parth and Vikas soon got into a legal battle with each other which soon turned ugly.

Parth had claimed that Vikas tried to molest him. He also accused him of other offences like extortion, fraudulent removal of property and criminal intimidation among others.

Vikas later clarified that Parth is neither his friend nor his enemy.

On the work front, Parth is currently in Kasautii Zindagii Kay 2 where he plays the role of Anurag Basu. Audiences love his on-screen chemistry with popular actress Erica Fernandes, who plays Prerna.

Disha Patani will next be seen in Bharat which stars Salman Khan. The film also features Katrina Kaif, Sunil Grover and Jackie Shroff.

The film is directed by Ali Abbas Zafar and is set to release on June 5, 2019.

Dhiren is a journalism graduate with a passion for gaming, watching films and sports. He also enjoys cooking from time to time. His motto is to “Live life one day at a time.”
Aishwarya Rai has a Look Alike who’s an Iranian Model
Aishwarya Unhappy with Amitabh for Film with Emraan Hashmi?