Disha Patani has posted a sultry picture of her sporting black lingerie as part of her Calvin Klein photoshoot and it has left fans stunned.

"Can't wait to see you all at the launch of my Calvin Klein underwear store!"

Bollywood star Disha Patani knows how to wow her fans and this latest photo shows why.

She is seen donning black Calvin Klein lingerie while holding her hair in front of a mirror proves why she is one of Bollywood’s hottest prospects.

The actress only has a few films under her belt, her debut being M.S. Dhoni: The Untold Story, which was released in 2016.

But the film’s success has seen Disha’s popularity soar and has enabled her to undertake new opportunities.

“Can’t wait to see you all in Delhi tomorrow at the launch of my favourite Calvin Klein underwear store!

“Join me at 4 PM at the DLF Promenade mall, Vasant Kunj, Delhi!”

Fans loved the picture as it passed one million likes in less than 24 hours. 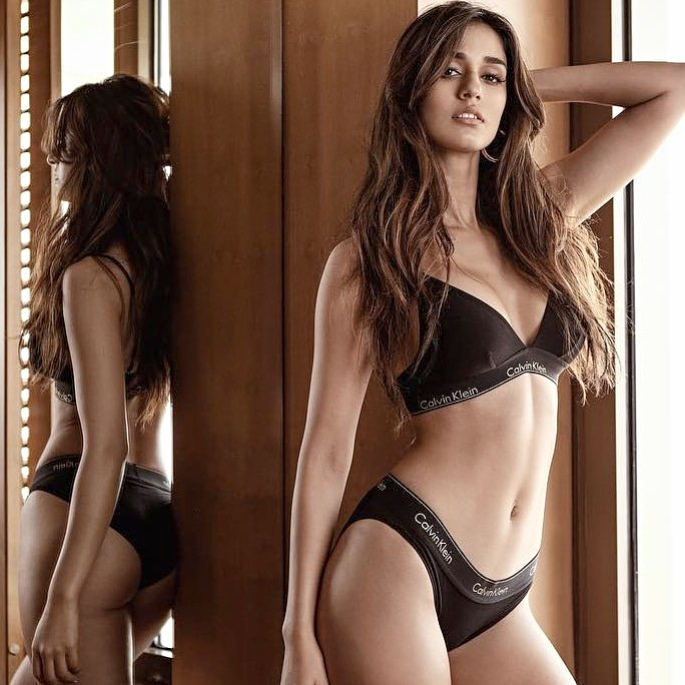 The ultra sleek black lingerie has treated fans to a classic two-dimensional view of her form.

Disha has started endorsing the brand and has been providing fans with her amazing pictures.

As one of Bollywood’s fast-rising stars, she has the popularity and personality to promote the brand.

Before the image, she took part in a photo shoot for the luxury brand, flaunting her body and proving that she can give the leading ladies of Bollywood a run for their money.

She posted the images on her Instagram page for her 15 million followers.

The actress has been known to create controversy, the main one being a picture of her posing in lehenga and a sports bra in celebration of Diwali.

She has also been in the news for her apparent break up with Tiger Shroff, but she has been spotted with him out and about.

Disha was also seen at a restaurant with him so it is unknown whether they are still dating or not. Even if they have broken up, they are still very good friends.

In the acting world, Disha has been busy shooting for Salman Khan’s Bharat where she plays a trapeze artist.

It is a period drama and fans will get to see Disha in a never seen before character. The film also stars Katrina Kaif and releases on Eid 2019.

The success of her Dhoni biopic and Baaghi 2 is positive for the actress because she continues on this path, the sky is the limit for her.

After her bold photo shoot caused a stir, her popularity in the future may see her posing for other luxury lingerie brands.

Dhiren is a journalism graduate with a passion for gaming, watching films and sports. He also enjoys cooking from time to time. His motto is to “Live life one day at a time.”
Deepika and Ranveer look stunning for Wedding Reception
Shilpa Shetty rocks a Blue Bikini for Anniversary in Maldives