The queen of Bollywood, Deepika Padukone, is on a roll to collaborate with the hot hunks of Hollywood. Get in line, gentlemen!

“I would love to work in a Bollywood film as there is so much drama and colour.”

Deepika Padukone is undoubtedly one of the most in-demand Bollywood actresses in Hollywood at the moment!

First, it was action man Vin Diesel who desperately wants to get the Queen of Bollywood on board in his films.

And now comes the ruggedly handsome Brad Pitt, who is rumoured to star opposite Deepika in a Hollywood project.

Gossip site Pinkvilla says an ‘industry insider’ has revealed the exciting collaboration between the talented and good-looking pair.

She has been keeping her fans up-to-date with her Twitter updates – from selfies with her co-stars to first look of her character Serena. We won’t be surprised if she wants to stay in Hollywood a little longer!

As for Brad, he has expressed a keen interest in Bollywood. Working with Deepika could be his stepping stone into landing a juicy film role!

When he visited India in 2012 to promote Killing Them Softly (2012), Brad told IANS: “I would love to work in a Bollywood film as there is so much drama and colour in the films there.

“The filmmaking, I hear, has evolved a lot in India, and of late we have witnessed some good films making a presence at the Oscars and the world stage.

“That tells you a lot about the quality of the actors and the films. You never know when I might decide to work in a Bollywood film and do one of those dance numbers with the whole crew in the backdrop.” 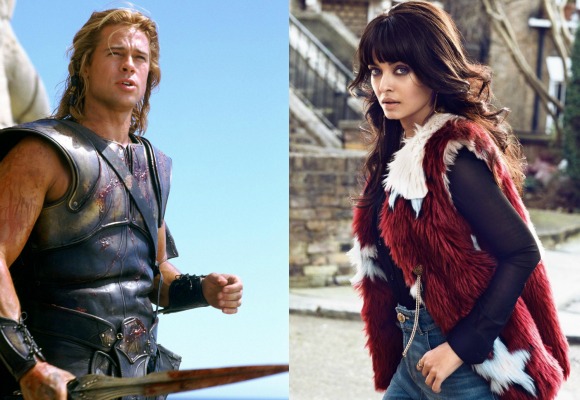 Having missed out on working with the beautiful Aishwarya Rai Bachchan in Troy (2004), the father of six had better grasp his second chance this time round with Deepika!

Pakistani Stars in Bollywood Films
When is Sanjay Dutt being released from Jail?