While Ranveer Singh has two love interests in ‘Cirkus’ already, he is joined by his wife Deepika Padukone for a song in the trailer.

"DeepVeer in frame after so long."

Rohit Shetty’s upcoming film Cirkus has been creating a buzz ever since it was announced.

The film’s trailer was released on December 2, 2022, and fans are going gaga over it.

The reason is Deepika Padukone’s appearance in the trailer.

Reports about Deepika Padukone’s cameo in Cirkus had been floating for a long time.

Now, her cameo appearance has been confirmed.

Toward the end of the trailer, Deepika and Ranveer are seen in a frame as they dance their hearts out to the song ‘Current Laga Re’ from the film.

She can be seen in a bright pink ethnic look, nailing every single dance move.

The actress’ entry was spectacular, and she can be seen winking before breaking into a dance.

Following the release of the trailer, fans could not get enough of the two.

One fan commented under the official YouTube trailer: “Time 03:19 is the best.”

Recently, Deepika Padukone was seen at the airport in an orange outfit.

A video shared by the paparazzi shows the photographers asking her about the Cirkus trailer.

Now, after the release of the trailer, fans on Twitter have pointed out that Deepika’s wink was a hint of her cameo appearance.

Another commented: “OMGGGGG DP IS IN IT!!! I’M SO HAPPY #CirkusTrailer #DeepikaPadukone.”

Another excited fan tweeted: “DeepVeer in frame after so long.”

The film is jointly produced by Rohit Shetty Picturez, Reliance Entertainment, and T-Series.

Ranveer and Varun will be seen playing dual roles in the film.

In the trailer, Ranveer Singh was called everything from ‘electric man’ to ‘kudrat ka karisma (a miracle)’ who discovers that his body gives out ‘currents’.

As Ranveer and Varun travel to different places, from lavish mansions to circuses and sets, they meet people who keep telling them they look familiar.

It is an adaptation of Shakespeare’s play ‘The Comedy Of Errors’.

The film marks Ranveer and Rohit’s third collaboration after Simmba and Akshay Kumar-starrer Sooryavanshi, where Ranveer made a cameo appearance.

On the work front, Ranveer was last seen in Jayeshbhai Jordaar. 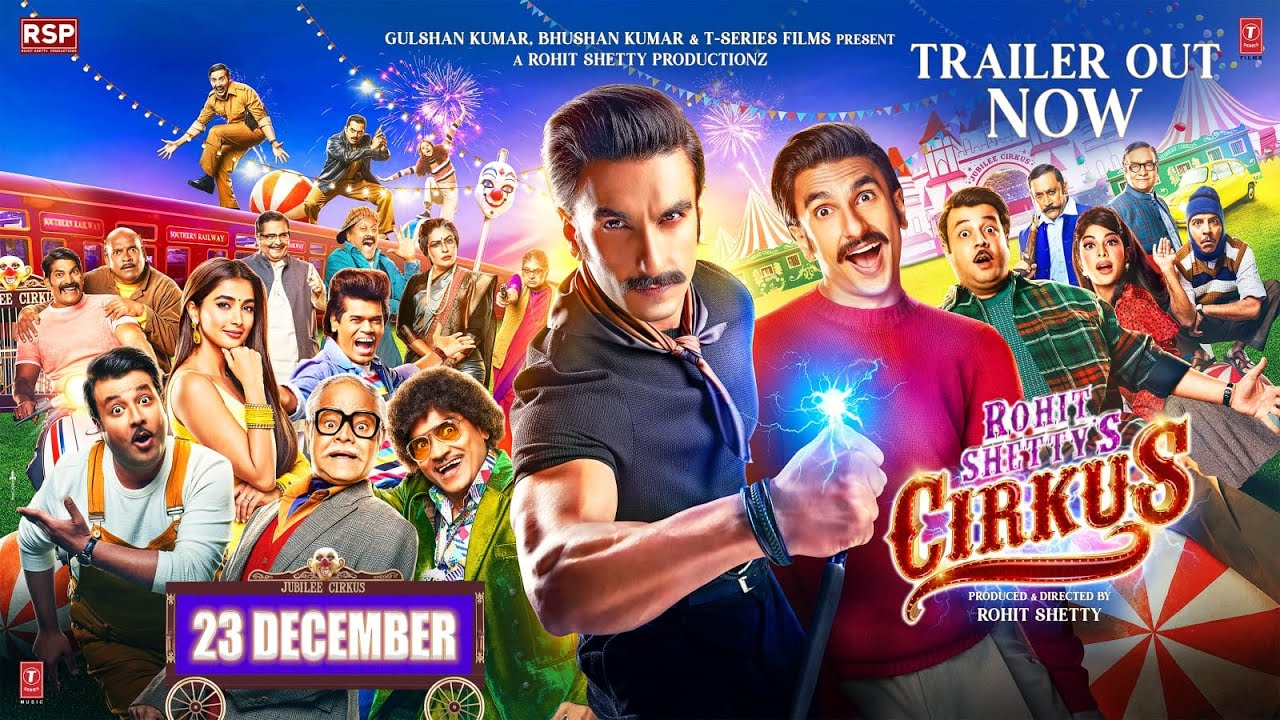 Aarthi is an International Development student and journalist. She likes to write, read books, watch movies, travel, and click pictures. Her motto is, “Be the change you wish to see in the world
Will Ahad Raza Mir Appear on Hum Tum Season 2?
Priyanka Chopra’s wishes for Nick Jonas on 4th Wedding Anniversary