Actress Deepika Padukone has launched her lecture series on mental health. This comes after she launched her project Live Love Laugh Foundation.

"I think that we have come a long way."

The actress became one of the first Bollywood stars to talk about mental health ever since she talked about her own experiences with depression and anxiety.

Her lecture series is another step towards helping people battle mental health issues.

Deepika attended the event in an all-white ensemble with her sister Anisha Padukone and her parents Prakash Padukone and Ujjala Padukone.

In 2015, Deepika founded The Live Love Laugh Foundation which was aimed at bringing awareness to mental health in India and she received a lot of praise for it.

At the launch of her lecture series, Deepika spoke about her foundation and how it has progressed.

The actress thanked the media for their role in opening up “the conversation about mental health”. She said:

“I think it has been an incredible journey. The Live Love Laugh foundation has been here for four years now.

“As far as the conversation around the importance of mental health is concerned, I think that we have come a long way.

“I think the media has had a huge role to play in opening up the conversation in various ways. Whether it is interviews, write-ups, articles, it’s come through in various ways.” 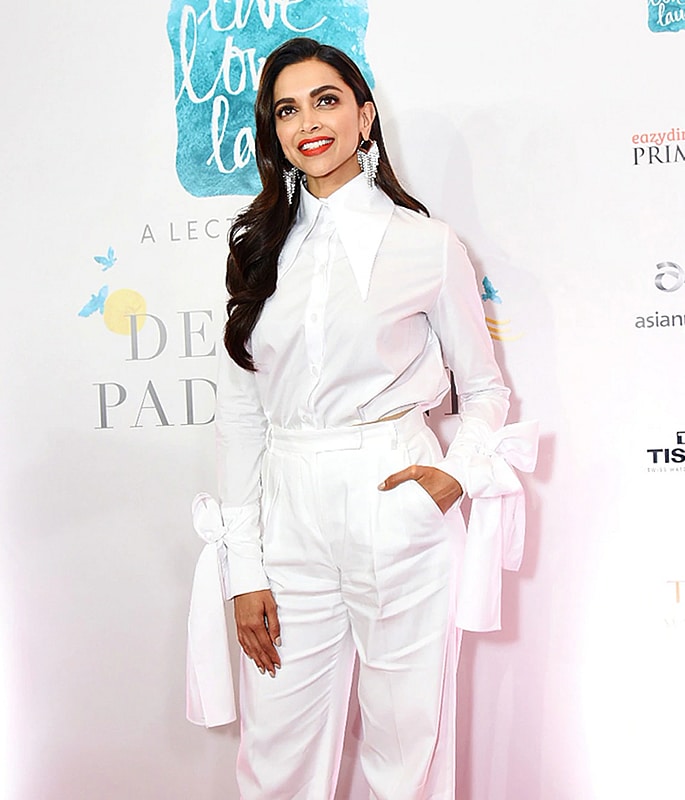 “I think we most certainly have a long way to go and that’s why we have the lecture series today.”

“We invited people from different professions, various parts of the world, but most importantly, people who are passionate about mental health and have them talk to us about their journeys, their experiences.

“I think this will open up the conversation and take it to the next level.”

Deepika explained that a lot of progress still needs to be made in the future but more people in India are talking about mental health.

“I think the conversation has really opened up. I don’t think there is as much stigma [about mental health] as there used to be four years ago.

“But we certainly have a long way to go in creating awareness. I think that’s where we need to keep the conversation alive.”

On the work front, Deepika Padukone is gearing up for the releases of Chhapaak and 83. Both films are set for a 2020 release.