A 39-year-old decorator has been found guilty of killing his colleague while they were working on a property in Belgrave, Leicester.

he died by a "single stab wound to the chest".

Painter and decorator Sulkahan Singh, aged 39, of Leicester, has been convicted of stabbing his work colleague to death while they were refurbishing a house together.

Singh was working alongside Sukhwinder Singh, aged 47, at the house in Belgrave, when a “relatively minor” argument suddenly “spun out of control”.

Sukhwinder was found lying face-down in a pool of blood. He was taken to hospital where he was pronounced dead.

A murder investigation was launched and at a coroner’s hearing in Leicester Town Hall, Detective Inspector Jonathan Blockley, of Leicestershire Police explained:

“At about 9:30 am last Tuesday we were made aware by East Midlands Ambulance Service of a situation of a male believed to have been stabbed at an address where he was working.

“He was taken by ambulance to Leicester Royal Infirmary where, unfortunately, he was pronounced dead at 10:20 am the same day.”

DI Blockley said that the victim was identified by his fingerprints being checked against those held on an Immigration Services database. 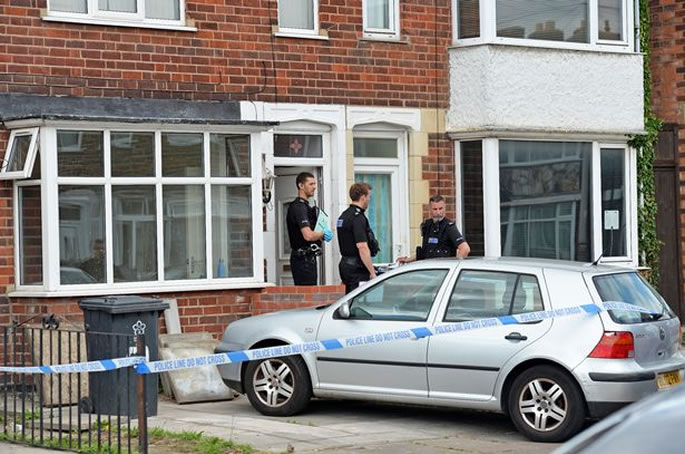 Singh had run away from the house, but other colleagues at the property told police what he had done.

The decorator was arrested two hours later at a property in Norfolk Street. Singh was charged with murder and possession of a bladed article in a public place.

Home Office pathologist Dr Frances Hollingbury had conducted the post-mortem examination on Mr Singh which revealed that he died by a “single stab wound to the chest” which had gone through his heart.

Throughout the case, the victim’s family in India and the USA had been updated on any developments.

On December 13, 2019, Singh was found guilty of murdering his colleague.

“This began as a relatively minor argument, but all of a sudden it spun out of control and, tragically, resulted in a man losing his life.

“Unfortunately, Sulkahan Singh wasn’t prepared to accept responsibility, and instead tried to claim someone else must have been responsible for his colleague’s death.

“In interview, he claimed he didn’t kill Sukhwinder even though witness statements said he did.”

“My thoughts very much remain with Sukhwinder’s family and friends at this time.”

Leicester Mercury reported that Sulkahan Singh will be sentenced on December 16, 2019, at Leicester Crown Court.

Dhiren is a journalism graduate with a passion for gaming, watching films and sports. He also enjoys cooking from time to time. His motto is to “Live life one day at a time.”
Indian Man raped Course Trainer in Her Hotel Room
UK Gang jailed for Drugs, Guns & Cash Criminal ‘Enterprise’