Forbes’ Bollywood’s Highest Paid Actors of 2017 features the 3 Khans: Shahrukh, Salman and Aamir. Also on the list are Deepika Padukone and Priyanka Chopra.

With Bollywood one of the most lucrative film industries in the world, Forbes has released its list of ‘Bollywood’s Highest Paid Actors’ for 2017.

The Bollywood superstars are the top 10 highest earners in Bollywood today and feature 8 men and 2 women. The estimates were formulated from earnings between June 2016 and June 2017.

Unsurprisingly, Shahrukh Khan takes the top spot. He has reportedly earned $38 million pretax (approx. £29.4 million) in the last year. The popular actor is a shrewd businessman, and much of his wealth comes from big-deal endorsements. The actor also receives profits from his films as well as upfront fees.

His 2016 hit film Raees has proved to be hugely successful in India and overseas. SRK also heads Red Chillies Entertainment which fronts a number of big film productions.

The Badshah is followed by the Bhai of Bollywood, Salman Khan. While his latest film Tubelight has not had much success at the Box Office, the actor remains one of the industry’s biggest earners.

He made £37 million (approx. £28.6 million) in the last year, thanks to Sultan which was the second-highest grossing Bollywood film of 2016. The actor also hosts the popular reality TV show, Bigg Boss as well as heading Being Human – a non-for-profit fashion line. 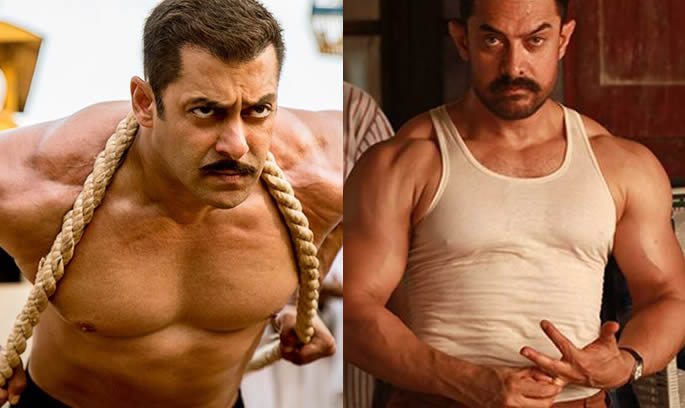 Interestingly, Deepika Padukone and Priyanka Chopra have also made the top 10 of highest paid Bollywood actors.

Forbes estimates that Deepika will see a considerable pay increase for her upcoming film Padmavati. The bankable actress also earns much of her money from endorsements and advertising deals that include Nike and Oppo.

Priyanka has seen immense popularity in the West, first as the lead of American TV show Quantico and also a supporting role in Baywatch. The crossover actress, like Deepika, also earns money through endorsements. Her yearly earnings are estimated at $10 million (approx. £7.7 million), ranking her number 9 on the Forbes list.

Other notable stars on the list include the likes of Akshay Kumar and Aamir Khan. Akshay is well-known for his impressive work ethic which leads him to make 4-5 films each year. The actor reportedly earned £35.5 million (£27.5 million) in the last year, placing him in the third position.

Aamir Khan ranks in fourth place with $12.5 million (approx. £9.6 million). The talented actor has enjoyed one of his biggest films of recent years with Dangal. The film fared well not only in India but was a global hit. It is thought that the actor will continue making money from the film until 2018.

Other actors on the list include the likes of Hrithik Roshan, Ranveer Singh, Amitabh Bachchan and Ranbir Kapoor.


Forbes estimates the Bollywood’s Highest Paid Actors list by using data from Box Office India, Box Office Mojo and IMDB. The list highlights how lucrative the Bollywood industry really is. Particularly as many of the above stars have welcomed international success.

What the list also highlights is the incredible strides that some of the female actors in Bollywood have made. Especially in an industry where the gender pay gap is so wide.

Why are Bollywood’s 2017 Films failing at the Box Office?
The Kapil Sharma Show taken Off Air for ‘Short Break’