A £4M Indian wedding in London welcomed many popular, famous faces from the world of Bollywood, who delivered entertaining performances to guests.

"We have rocked and rolled and what great celebrations, simply amazing."

On 9th September 2017, the world witnessed one of the most lavish weddings to take place this year. Many famous faces from both India and Pakistan attended a spectacular £4M Indian wedding in London!

With great connections, Mussarat invited many stars from both India and Pakistan to attend, resulting in a large, star-studded guest list.

The bride, Anoosha Mussarat looked utterly divine as she wore a glamorous, white lehenga. With floral embellishments and an elegant bridal train behind her, Anoosha captivated with her enchanting outfit.

Her groom, Edmund Kissner, wore a handsome suit, complete with a bow tie. Posing together for pictures, the newly-wedded couple looked beautiful in their romantic £4M Indian wedding. 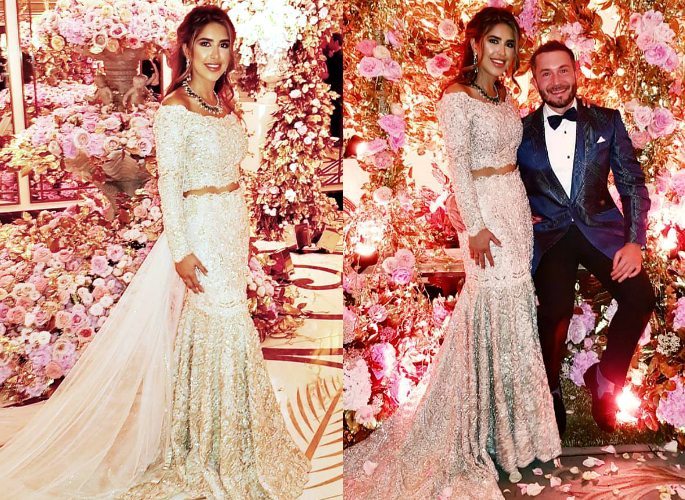 After a gorgeous ceremony, director Karan Johar hosted the wedding reception. Alongside him, many top Bollywood names joined in with high-energy, thrilling performances.

For example, Ranveer Singh pulled out his best dance moves, dazzling the guests. He commanded the stage with charisma, with fellow actor Anil Kapoor and Anil Mussarat also joining him. Guests crowded around the stage, eager to take images and videos of the special moment.

Ranveer decided to pull aside film engagements so he could attend the joyous day. He later said: “We have rocked and rolled and what great celebrations, simply amazing.”

Also in attendance included Hrithik Roshan, Sunil Shetty and Sonam Kapoor. All appeared in high spirits during the day’s events, especially Sonam Kapoor. Sharing a long-time friendship with Anoosha, she explained she helped the bride plan the wedding. She said:

“I have known Anoosha for over 15 years and her family are lovely people. I just wish the couple all the best for their life ahead.” 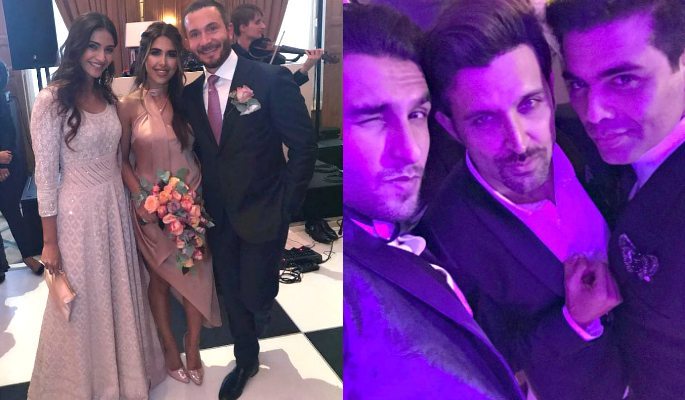 Another big name to attend the event was Pakistan’s former cricketer and PTI chairperson Imran Khan. Mussarat invited the popular figure to the £4M Indian wedding as both men have supported each other over the years.

Karan Johar even called Imran to come to the stage. He said a few words, saying he wouldn’t miss the wedding and described Mussarat’s family as his own. He also gave his thanks to the businessman for supporting his cancer hospital.

In addition, many other party leaders also attended the bash. These included Sheikh Rasheed Ahmed, Sahibzada Jahangir amongst others. 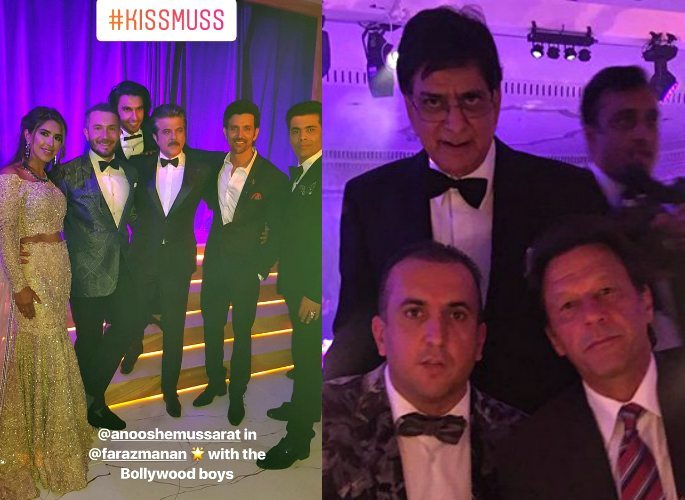 Overall, it seems everyone in attendance enjoyed the special, lavish day. With thrilling performances, a variety of famous faces and a flawless, romantic atmosphere, this will hail as one of the most memorable weddings of 2017!