Over the course of Hollywood history we’ve seen small to large cameos and starring roles of Bollywood stars. DESIblitz takes a look at the stars who have made the transition to Hollywood in one way or another.

It’s been going on for years, maybe longer than anyone actually knows – Bollywood stars making the jump over to Hollywood.

Irrfan Khan, Anil Kapoor, Priyanka Chopra are household names in Bollywood and across the Indian subcontinent. But now they have also found success in Hollywood.

In recent years especially, we’ve seen talented performers like Irrfan, who have enjoyed high profiles roles in massive blockbusters such as The Amazing Spider-Man, and the hugely successful Life of Pi.

Is it because the opportunities are on a grander scale? Or do the stars from Bollywood just prefer to be propelled on a stage where they’re able to reach a wider audience?

In a recent interview, Irrfan Khan said: “India has a different way of exploring the character. They demand different things from an actor. So that is something that enriches me as an actor.”

On so many levels, Bollywood has a style that is vastly different in so many ways. Let’s take a look at some of the stars that have had stints in Hollywood. 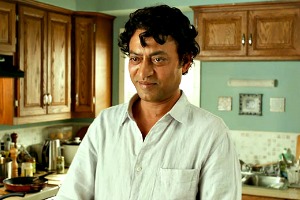 Dr. Ratha is a scientist who works for Oscorp and is trying to find a cure for his dying boss, Norman Osborn.

Khan’s role in The Amazing Spider-Man is fairly relevant, as his character serves as a catalyst for the antagonist of the film, Dr. Curtis Connors/the Lizard.

With the absence of Ratha in this film Dr. Connors would have eventually turned into the Lizard, Ratha’s involvement merely sped up the process of Connors’ transformation.

This is but one example of Khan’s involvement on the other side of the pond, another notable role includes his SAG (Screen Actors Guild) award winning performance for Slumdog Millionaire, in which he plays an interrogating police officer.

With a role in the upcoming Jurassic World, the widely anticipated sequel to the Jurassic Park trilogy, one can only imagine what Khan’s future holds in Hollywood. 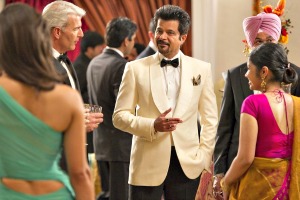 Kapoor has only recently been featured in some of Hollywood’s highest-profile productions, such as the rags-to-riches blockbuster Slumdog Millionaire, Mission Impossible: Ghost Protocol, and even the real time action series, 24.

His role in Slumdog was what sparked his Hollywood involvement, as it opened up doors for him in 24 alongside Kiefer Sutherland as President Omar Hassan.

Kapoor played a lesser role than his previous exploits, as he was cast as a rich businessman, merely providing a small amount of comic relief, as a character who, if absent from the story would not be hugely detrimental to the film.

With a second season on its way, Kapoor can surely attribute his successes in both Bollywood and Hollywood for this role. 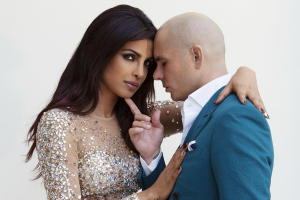 Easily one of the most successful Bollywood stars to make the transition to Hollywood here.

Technically, although her success hasn’t directly come from ‘Hollywood’, she has had a role in a big name production, but not as you might think.

Chopra takes on a role in Planes, Disney’s spin off from Pixar’s Cars franchise as ‘Ishani’, a competitor from India.

It hasn’t been all that smooth, however, as her roots have been the cause of some racial discrimination over in the States. Chopra opened up, saying:

“I faced all that during the NFL, yes. Well, it is quintessentially American sport and I am a brown girl. So yes, it was hard. But I try and focus on the positive side of things now.

“I do think it is an extremely racist, insulting and humiliating thing to have a small myopic mind. I think people should look beyond race, creed, religion and borders.”

Her success on the other side of the pond didn’t start with Planes. It began in September of 2012 when Priyanka released her debut single, ‘In My City’, which featured American music artist Will.I.Am.

The song then went on to feature during programming on the NFL Network in the United States. Just as an indication as to the amount of exposure this is in the USA alone, the NFL Network broadcasts in around 72 million homes. Though the song didn’t receive any airplay in the States, having it air on national television on this scale is quite impressive.

It’s arguable that we haven’t seen this amount of exposure for a Bollywood star in, well, ever. Priyanka’s success appears to grow even further, as she collaborated with Pitbull on her follow-up single, ‘Exotic’.

Priyanka continues to make music under the Interscope label with a number of films to be released in the near future.

We can only imagine where the future will take Bollywood, maybe we could see a Bollywood/Hollywood crossover, featuring some of today’s biggest and brightest.

Karan is a filmmaker and writer. He indulges in film, novels and comic books. His film above all films is ‘Clerks.' He believes: “The thing that distinguishes one practitioner from another is how hard he or she works.”
Aishwarya Rai Bachchan makes UK Appearances
Salman receiving almost £15 million for Shuddhi