The video of an Australian couple pulling off the dance routine in ‘London Thumakda’ has gone viral. Watch Michael and Alice take on Bollywood!

“Just give us a trillion more views, and we’ll top Gangnam Style.”

A video of a young couple dancing to a Bollywood song at their wedding with their guests has gone viral!

The beautiful bride steps onto the dancefloor, grooving to the famous tune of ‘London Thumakda’, taken from the Kangana Ranaut-starrer, Queen (2014).

As the groom joins in, the bubbly newlyweds perform the dance routine with so much character that the wedding has turned into a full-on Bollywood affair!

Raving comments include ‘Bollywood really is making the world dance to its tune’ and ‘This typifies multicultural England and is a big FU to the likes of Donald Trump. This is absolutely brilliant’. 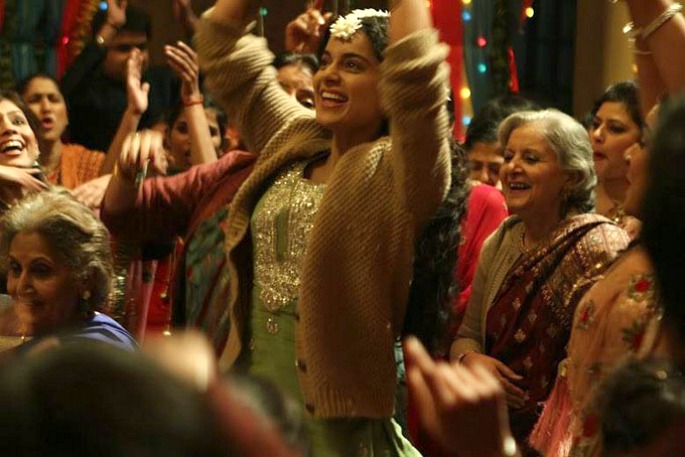 The couple has been identified as Dave and Carol. But they have since spoken to an Australian publication called Indian Link, and confirmed their real names are actually Michael Falk and Alice Dixon.

Contrary to almost all news sites’ headlines that describe them as a British or UK couple, the lovebirds are in fact from Sydney, Australia, which is also where they got married around six months ago.

Speaking to Indian Link about their sensational video, Michael says: “If only we knew who Carol and Dave were! It’s obviously been really positive! Just give us a trillion more views, and we’ll top ‘Gangnam Style’.

“We posted the video on YouTube a few days after the wedding, so it isn’t surprising that it’s now been found.”

The Aussie couple have formed a close bond over their love for Bollywood, especially Alice according to Michael:

“I’m not sure if [any guest] was surprised [about the dance], Alice’s Bollywood obsession is quite well known.”

They often travel to India for holidays. Alice has even found her way into B-town fame, having been featured as an extra in Any Body Can Dance 2 (2015). That certainly explains her swagger in the video!

The couple learnt the routine from Vivienne Cabraja of Mango Dance Studios in Australia, whom Michael describes as ‘a hoot, she also did a great hen’s night class for Alice’.

He adds: “Bollywood is something we share, which is a little tradition for us. That’s why we chose to dance to ‘London Thumakda’. We also liked that we could include more people in it. And since we were moving to England straight after our wedding, it suited us very well!”

We love how the Australian lovebirds celebrate the best of Desi culture, and hope that Bollywood vibes will always be a part of their blissful life together!