An Indian bride has allegedly refused to marry her groom, who tried to force her to dance with him and attacked one of her relatives.

“The bride threw away her garland and called off the wedding.”

An Indian bride has reportedly walked out of her wedding after her groom forced her to dance with him.

Gudia, of Medhu village in Hathras, was arranged to marry Jitendra Kumar in a marriage hall in Firozabad.

After the jaimala ceremony – where the bride and groom place fresh flower garlands around each other’s necks, some of the guests began to act rowdy.

Jitendra, along with his friends and cousins, asked Gudia to dance with them on stage. But she refused and he allegedly grabbed her arm and forced her to go on stage.

One of the bride’s relative, believed to be her uncle, tried to stop Jitendra from treating her this way, but was slapped by the groom instead.

A witness described: “When bride’s uncle tried to intervene between the bride and groom but was slapped hard, feeling humiliated, the bride threw away her garland and called off the wedding.” 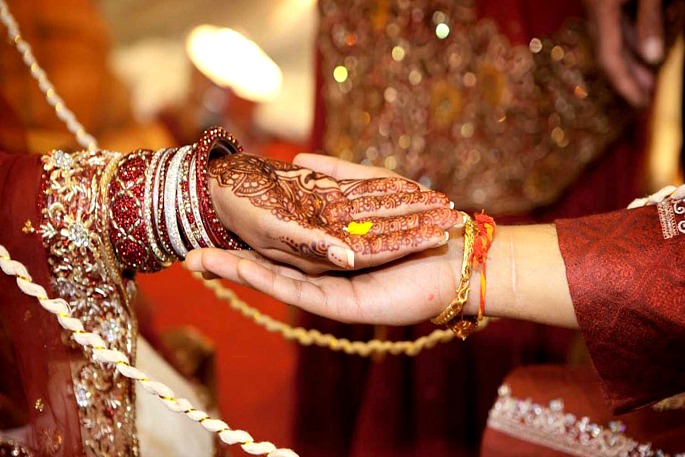 An angry and embarrassed Gudia walked out of her own wedding, backed up by her family who were not pleased with the groom’s and his party’s outrageous and disrespectful behaviour.

An argument between the two families then broke out, which had to be mediated by the police.

Station House Officer Rasoolpur Shashikant Sharma stated: “The groom, his cousins and friends started forcing her to dance with them but she refused.

“When asked to behave properly by girl’s maternal uncle, the groom started quarrelling with him. He even allegedly slapped him.

“This infuriated the bride and she threw away ‘varmala’ at him and walked away from the venue.”

Reports suggest a formal complaint had been filed against the groom, who was arrested along with his father as well as a few other family members.

A total of six people were arrested but were ‘released when they apologised to girl’s family members’, according to SHO Sharma. But this could not change Gudia’s decision to end the marriage before it even started.

Images courtesy of The Wedding Specialists