Is Gold still of Value to British Asians?

South Asians love their gold, but does it hold the same popularity and value among today’s British Asians? DESIblitz explores.

"How many people wear elaborate, chunky gold jewellery these days?"

The Asian obsession with gold has existed for generations.

For centuries, mothers and grandmothers have guarded and expanded their personal hoards of expensive ornaments and jewels.

From glittering necklaces inlaid with gemstones, chains, bracelets, heavy drop earrings and intricate headpieces, gold is the perfect accessory for a Desi bride to adorn.

But while gold is heavily steeped in Asian heritage and traditions, do British Asians value the precious metal in the same way?

In the early days of South Asians arriving in Britain, many women wore jewellery in everyday life. Bracelets, chains and rings were a commonplace necessity for the South Asian woman visiting her friends or going to the grocery store.

In recent years however, the trend for gold jewellery has begun to fade from everyday life.

While older generations might still keep their gold bangles, younger generations of British Asians are no longer interested in wearing the expensive luxury.

Nowadays you will most likely only see gold at weddings, where the Desi bride will be covered in yellow coloured heirlooms that have been passed down through the family.

But even this wedding tradition is starting to wane, giving way to other jewellery alternatives.

Even gifts of gold between the wedding families are no longer deemed as necessary, in fact it is more unpractical.

Instead, just plain cash is becoming more popular, as they are more suited to the bride and groom’s needs. 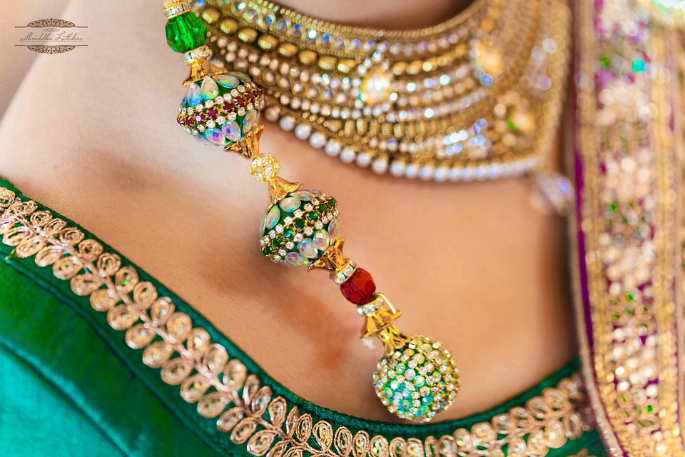 Writer Sejal Kapadia says: “South Asians typically regard gold as the most valuable gift they can offer a couple, because its worth only appreciates with time.

But as Sejal adds, many brides no longer see its real worth:

“Who sells their wedding gold to realise the gains and also how many people wear elaborate, chunky gold jewellery these days?

“I knew it would just sit there at the back of my wardrobe or a bank safe, so I asked to be given something that would be valuable to us today.”

However, while it may no longer be in vogue in the UK, it’s value in India and the rest of the Eastern world sees no sign of depreciating.

Media reports broke worldwide in 2014 after it was discovered that a father from Andhra Pradesh adorned his bride daughter in £400,000 worth of jewellery for her wedding day.

It was reported that local police sent an entire guard of officers to protect the bride’s family as they travelled to the ceremony.

As Indian wedding planner, Vithika Agarwal explains: “No wedding in India is complete without gold. It doesn’t matter how rich or poor you are, you will still own gold according to your status.

“And because this is a day when you’re showing off your prosperity, wealth, and material goods, the amount of gold you’re wearing really matters.”

This need to compete for the most affluent and wealthy title makes India the second largest consumer of the luminous metal in the entire world, and its citizens purchase between 800 and 1,000 tons each year.

The majority of this is in the form of jewellery – 50 to 60 per cent as bridal jewellery.

Gold has a very beloved history with South Asian and Eastern culture. In India in particular, it is valued for numerous reasons.

It’s main purpose is for weddings, where parents will adorn their daughters in gold and jewels that they have invested in since she was born. 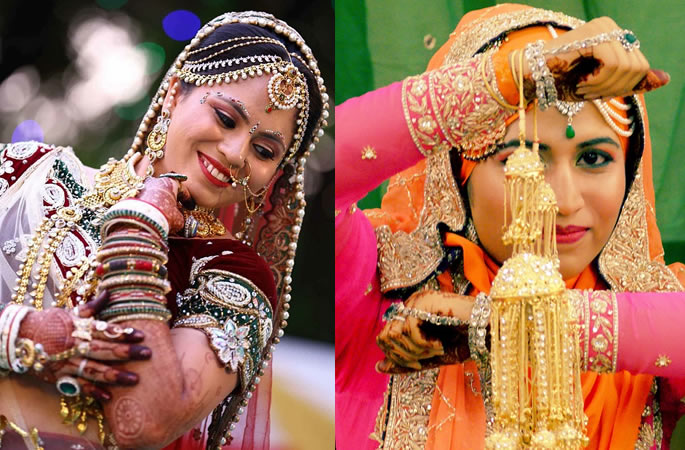 Traditionally, this is because gold was one way in which to transfer wealth to daughters before they passed away as a form of security which they could sell if they found themselves in a financial crisis. Vigils adds:

“Land, buildings, they always went to the son. So when people had to give something to the daughter, they would always share their wealth in the form of gold. Now everyone has equal rights, but the tradition still continues.”

In addition, the use of gold dates back to Hindu mythology where sacred texts speak of the wealth of kings and gods through their ‘golden’ attire. Even Lakshmi, the goddess of wealth, has worshipped for the good fortune and prosperity she brings.

Ankush Singhal says: “Gold has a special value to Indians. It’s not just an investment avenue but much more than that. Gold is a safe and traditional way of saving and transferring wealth from one generation to the other.

“The love for gold sees no biases or discrimination based on gender, caste, economic or social status, education or such parameter. In fact this shiny metal seems to be one of the few things that unite India, the others being Cricket and Bollywood.”

But despite being such a strong indicator of social status, the trend among modern brides, even in India, is that less is more.

Geeta explains: “This generation of brides and brides to be don’t have that fascination for jewellery and we can easily go without any.

“Fake jewellery is actually used widely in weddings. Instead of spending loads of cash to cover yourself with gold, lesser amounts of money is spent on covering yourself with something that looks a lot like gold. And ironically this is more prevalent in the affluent.”

Traditional gold at weddings has been substituted with artificial jewellery that better matches the modern colour palette of the British Asian bride.

Pastel pinks, blues, and green gowns offer a more sedated and subtle look that pays homage to the West. And against this, yellow coloured ornaments can look slightly tacky and dated.

One bride, Mona says: “I just wanted my dress to be simple, and my jewellery to be light and subtle.

“Gold is something I don’t like wearing anyway, least of all my wedding day. But because my mother-in-law wanted me wearing something, I opted for a really simple chain and earrings.”

Divya adds: “Not only does wearing real gold and gems cause a big hole in the pocket but it is too heavy. Why spend so much on something you will wear for just one day?”

As newer generations of British Asian couples move away from traditions and custom, the importance of gold no longer holds weight.

Women no longer need the financial security, particularly in the West.

And the status symbol of gold among the British Asian community is being replaced by other things; extravagant estate weddings, designer clothes, big houses and flash cars.

So, it seems gold that is hidden away in the back of wardrobes or in safes in the attic is no longer of value, as it once use to be.

Nazhat is an ambitious 'Desi' woman with interests in news and lifestyle. As a writer with a determined journalistic flair, she firmly believes in the motto "an investment in knowledge pays the best interest," by Benjamin Franklin.
Indian tycoon denied £53m over Kingfisher debt
Indian Bride forced to Dance refuses to Marry