Ankita Lokhande trolled for her Bold Dress with plunging neckline

Ankita Lokhande chose a green shimmering backless dress with a plunging neckline and thigh-high slit for the event.

“Sushant’s name and money did you good.”

She appeared with her husband Vicky Jain in an incredibly glittery dress.

Ankita chose a green shimmering backless dress with a plunging neckline and thigh-high slit for the event.

However, she experienced trolling since she didn’t feel at ease wearing what she was wearing.

In a video, Ankita Lokhande can be seen covering herself as she exits the vehicle.

In response to the video shared by Viral Bhayani on Instagram, one netizen wrote: “Don’t wear clothes which you’re not comfortable with.”

Another added: “They’re a nice couple but Ankita looks so old. That dress isn’t doing her any favours and she should have worn lipstick.”

A third commented: “Sushant’s name and money did you good.”

For the unversed, Ankita Lokhande and late actor Sushant Singh Rajput, who fell in love during their show Pavitra Rishta, were one of the most loved couples.

However, the couple decided to part ways after several years of dating. 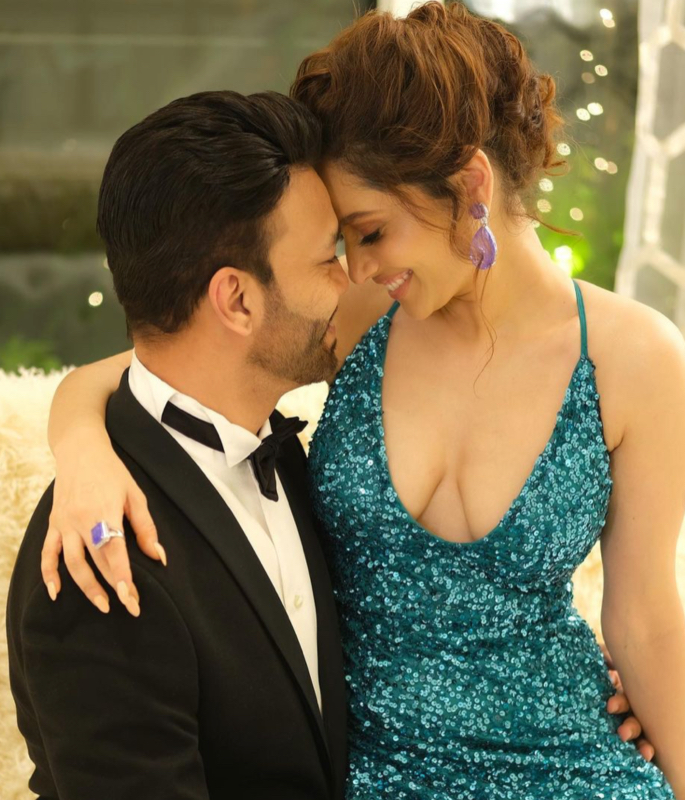 After Sushant’s death, Ankita stood by his family in their time. While speaking to Bollywood Bubble, Ankita opened up about her relationship with Sushant.

She said: “People come and tell me ‘You left Sushant’. How do you know that? Nobody knows about my thing, you know.

“I am not blaming anyone here. Sushant made his choice very clear. He wanted to go on with his career.” 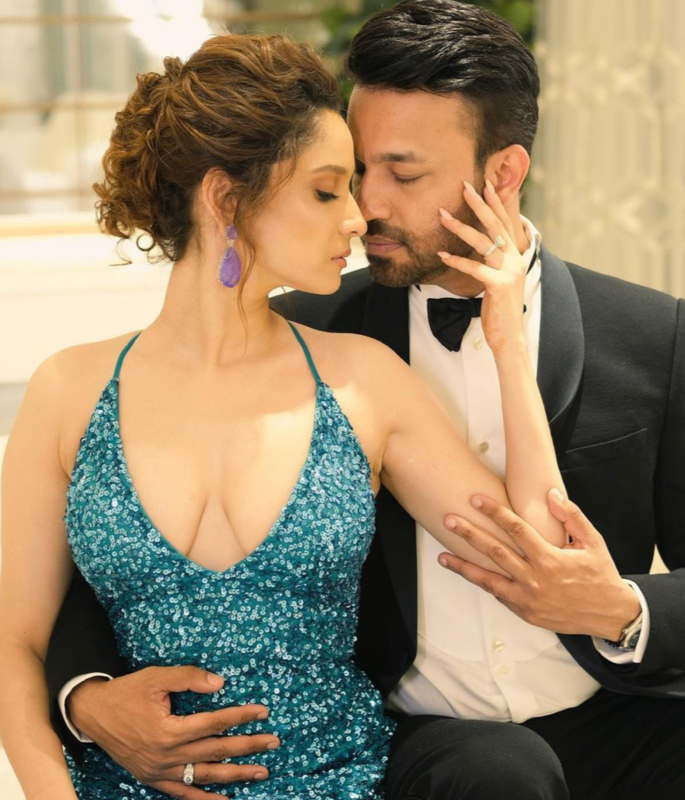 Ankita added: “He chose his career and moved on. But for two-and-a-half years, I was dealing with so many things.

“I was not in that state of mind where I could just work. I am not the sort of a person who can easily move on and get busy with work.”

“He chose his ways. But my ways were different. I was craving love, emotions and all that.

“I gave him full right that it’s your life, you can go on.”

Ankita Lokhande most recently took part in and won the reality competition Smart Jodi alongside her husband Vicky Jain.

Ravinder is a Journalism BA graduate. She has a strong passion for all things fashion, beauty, and lifestyle. She also likes to watch films, read books and travel.
Malavika Mohanan sets Pulses Racing in Daring Sequin Dress
Kiara Advani stirs up a storm in Yellow Lehenga