Strictly Come Dancing contestant Anita Rani is ecstatic with her professional dancing partner, Gleb Savchenko. The TV presenter found out who she would be waltzing with at the Launch show on September 5, 2015.

The launch welcomed 15 celebrity contestants from the media and entertainment world. The stars found out which dancing professional they would be paired up with, right before they debuted with their first group dance.

The One Show and Countryfile presenter Anita Rani stunned in a sequined yellow dress and wavy bob.

The British Asian TV star admits that she has never danced before, but hopes her enthusiasm will make up for her lack of dancing prowess:

“I’ve been this tomboy my whole life. I was the kid that wore Doc Martins, had black nail varnish, didn’t actually own a lipstick.

“So the idea that that person is going to be in ball gowns, makeup, the whole works, I can’t believe it! Show me the glitter!” 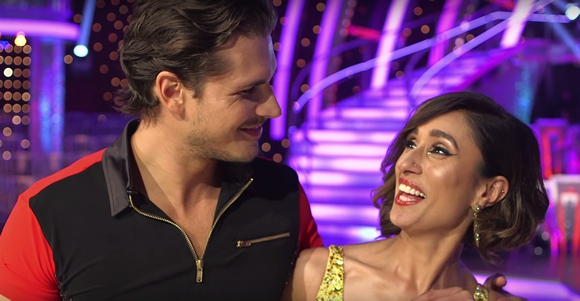 Nerves were in abundance as the celebs anticipated who they would be set up with, via host Tess Daly’s expert match-making.

Anita found herself paired with the ruggedly good-looking Gleb Savchenko from Russia. Needless to say, Anita was extremely happy with the decision and things even got a little heated!

At 31, the tall, dark and incredibly hot Russian has appeared in three different versions of the Strictly show worldwide.

A newcomer to the BBC show, many are eager to see Gleb seduce the viewers with his moves.

Although it appears, Gleb’s charms have already worked their magic on Anita:

“I don’t know who’s gonna teach me to dance, because I can’t actually look at his face!”

The dynamic dancers are sure to add some extra spice to Strictly this year, and the chemistry between Gleb and Anita is already sizzling:

“I know, I’m totally out of my comfort zone, but I love it. I’ve all of a sudden become Strictly-fied,” Anita says. 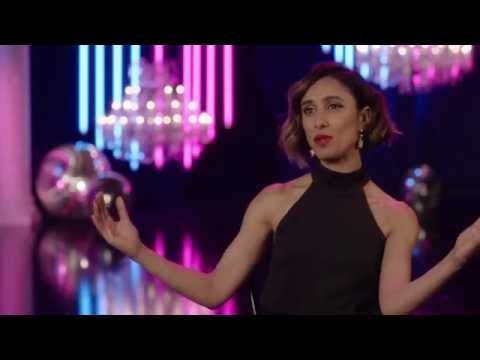 Here is the full list of the 15 Strictly celebrity contestants and their dancing partners:

The dancing duos will return to our TV screens for the Live Shows after a break of  three weeks. Anita admits that she’ll be juggling her presenting and dance rehearsals for the next few months:

“Whilst I’m on Strictly, I’ll still be doing the day job. And I think you might find me dancing in wellies in cow dung and sheep poo, wherever Countryfile sends me.”

We can’t wait to see Anita take to the dancefloor in Series 13 of Strictly Come Dancing.

Good luck to all of the contestants!

Aisha an English literature graduate, is a keen editorial writer. She adores reading, theatre, and anything arts related. She is a creative soul and is always reinventing herself. Her motto is: “Life is too short, so eat dessert first!”
Anita Rani joins Strictly Come Dancing 2015
Winners of the Pakistani Music and Media Awards 2015