The second episode of Strictly Come Dancing saw Anita Rani receive another standing ovation from the audience with her killer Charleston moves.

"I don't believe there's a dance you can't make your own."

Whilst there were no eliminations last week, one couple will be hanging up their dancing shoes tomorrow.

First up to shimmy her way into the third week of Strictly is Loose Women star, Jamelia.

Channelling a sexy diva vibe, the Superstar singer dances along to Dontcha, which definitely impresses Bruno, who states:

“She turned into a wild pussycat… I like to see the wild animal in you.” 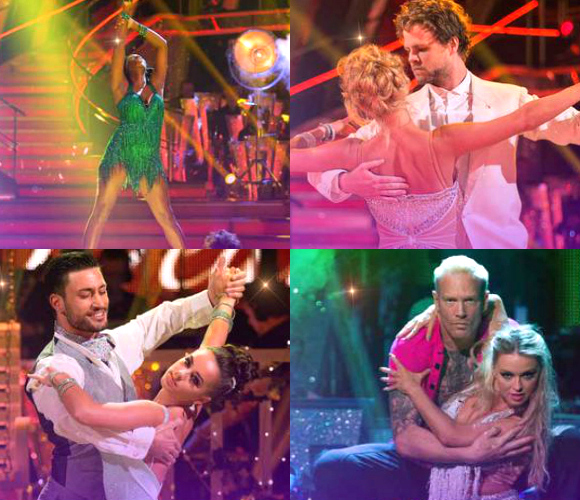 Jay McGuinness gives us the biggest surprise of the night with his Waltz, and receives exceptional feedback from the judges.

‘You’re here to stay’, ‘You got me excited’, and ‘I’m blown away’ are amongst the endless praise.

This then translates into points, as The Wanted singer scores 31.

But whilst some stars impress, others flop.

Coronation Street actress, Georgia May Foote takes to the stage to perform a gracious Waltz, and lifts the mood with her 25 points.

The TV chef is awarded 26 points, but Kellie surpasses with 27.

Whilst all of the dances got us up on our feet, nothing could prepare for Anita Rani’s show stopping performance! 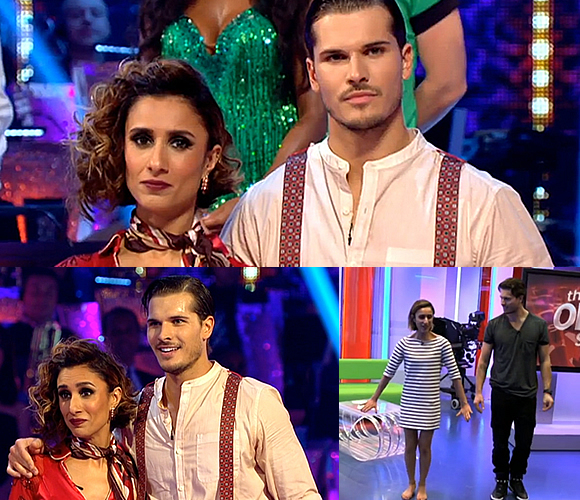 Dancing the Charleston with her partner, Gleb, the Countryfile presenter was on cloud nine after her last performance, stating:

“Last week was amazing, I had the time of my life.”

And those feelings definitely have not shied away after her second dance.

Acting out the role of robbers, Anita and Gleb rushed around the stage, which is swarmed with sirens and flashing lights.

Her performance has it all! Flips, jumps, lifts – it couldn’t have been more exciting. 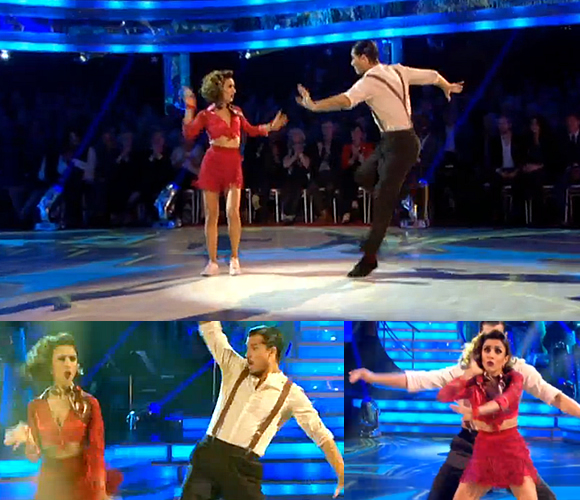 Anita finishes her number in fits of laughter, and has the entire audience on their feet.

The judges too were just as enthralled. Craig applauds the star, commenting:

“Ambitious darling, but you pulled it off.”

“I don’t believe there’s a dance you can’t make your own.”

Len says what everyone was thinking when he cried out:

“The crime will be if you’re not back next week!”

And we can certainly see why he’s so passionate about the BBC star.

We’ve seen another great dance from Anita, and this is only week two!

Scoring 27 points, we have a feeling Anita won’t be going home anytime soon.

In an attempt to follow up that energetic performance, Katie Derham then dances the tango, which scores her 28 points. 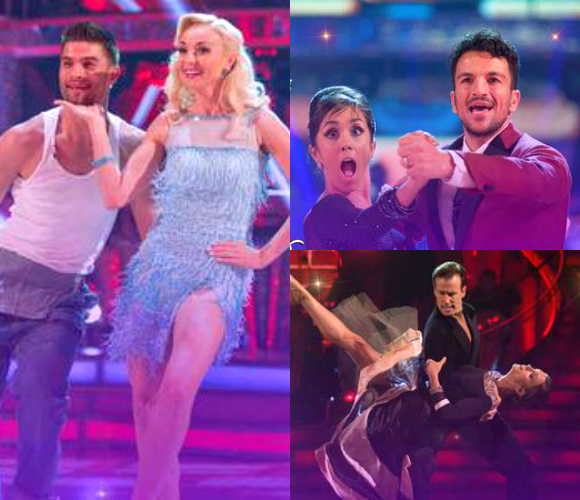 Another great dance comes from Peter Andre, who Quick Stepped his way into the second episode.

“That was crisp, it was clear. Very imaginative, very inventive”

Scoring 30 points, Peter will be one to watch.

Last to dance is Helen George, who Cha Cha Cha’s to Uptown Girl, and scores 29 points.

With all the dances done and dusted, the stars must wait until tomorrow night to see whether they will be taking to the floor for another week.

The scores from tonight will be added to last week’s scores. The two with the lowest votes will have a dance off, and the judges will decide their fate.

Make sure you catch the results show, tomorrow night at 7:15pm on BBC One.