Alizeh Shah embraced her beauty on Instagram by sharing a series of pictures of herself dressed in a black tank top.

Pakistani actress Alizeh Shah showed off her “wild at heart” side on Instagram by dressing in black.

She wore a black tank top with a sparkling black scarf, giving fans insight into her autumn fashion wardrobe for 2022.

On November 18, 2022, the Taqdeer actress updated her Instagram feed to post a slide of new photos, sharing fresh images of herself.

In images taken on the sets of her drama series, Alizeh is seen wearing a pair of black-washed jeans and a black ribbed tank top.

To complete her autumnal look, the actress wore a matching sparkling black scarf around her neck. 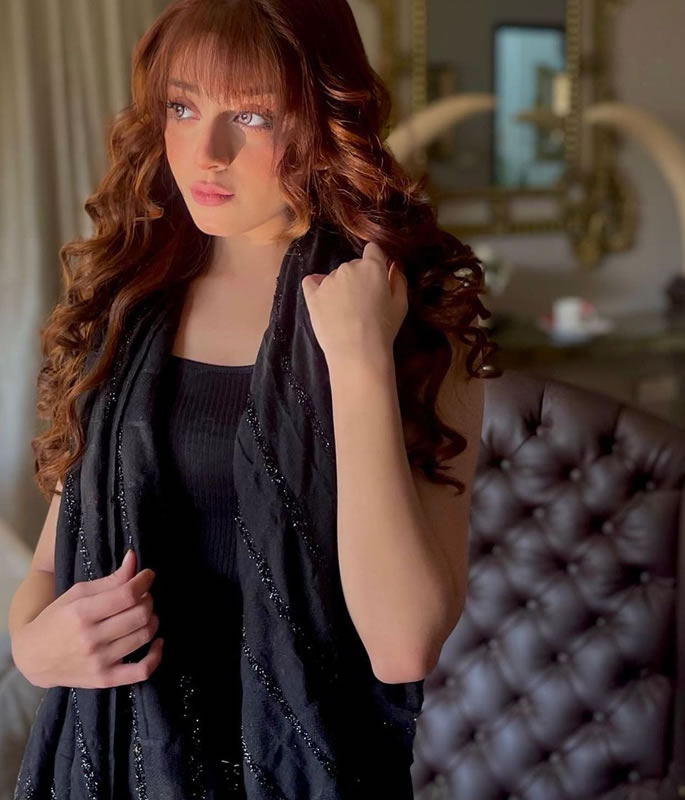 Alizeh went with a simple but cute hairstyle, curling her long, auburn hair, with a straight fringe.

The 22-year-old star completed her look with natural makeup to give her a fresh, sun-kissed glow and complement her doll-like features.

The viral picture gallery received love from thousands of social users, who also filled the comment section with complimentary emojis.

A third wrote: “You are looking lovely today.”

The Pakistani star has proved that women don’t need to glam up every time to stand out in the crowd. 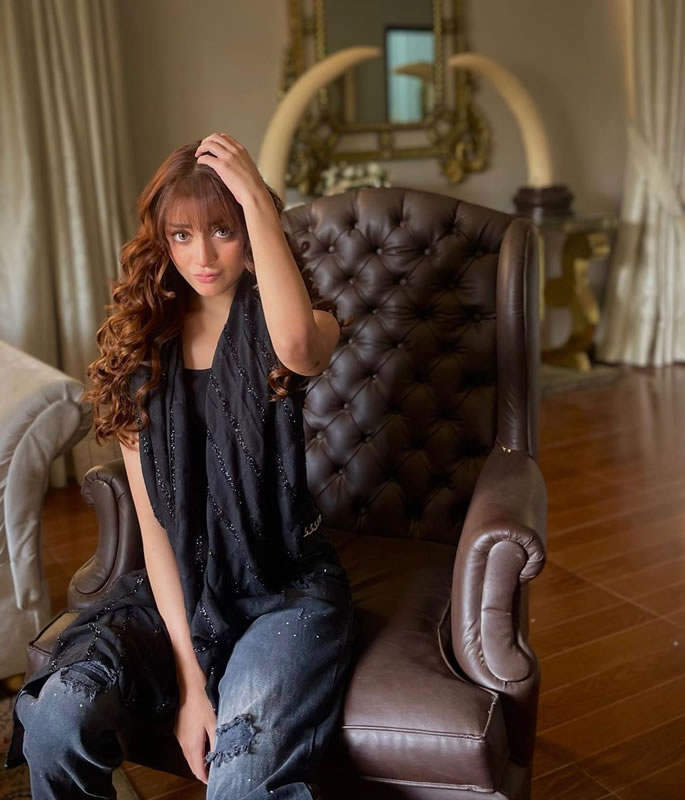 Despite being known for her diva-style outbursts, fiery actress Alizeh Shah has quickly become quite successful by honing her acting abilities.

The celebrity, who has 4.2 million Instagram followers, is popular online and offline because of her outstanding performances in a number of superhit television dramas, such as Dil Mom Ka Diya, Mera Dil Mera Dushman and the telefilm Chand Raat Aur Chandni.

On social media, the actress has consistently faced trolling.

But despite the trolls, Alizeh carries on captivating admirers with her own style and charisma.

Alizeh Shah’s career doesn’t stop at acting – she is also a fantastic singer and has enchanted her audience with her sweet voice.

‘Yaadan’, a song she recently released with vocal superstar Falak Shabbir, has over two million views across different versions on YouTube.

Taqdeer is directed by Mohsin Talat, and airs Monday through Thursday at 9 pm.

Ilsa is a digital marketeer and journalist. Her interests include politics, literature, religion and football. Her motto is “Give people their flowers whilst they’re still around to smell them.”
Anita Dongre to Launch Bracelet to Empower Women
How to Avoid these Common Fashion Mistakes?