10 Best Parmish Verma Songs You Have to Listen To

Parmish Verma is a youth icon with his unique style and energetic party songs. DESIblitz presents 10 of his best songs that also reflect reality.

A Desi power package of creativity, Parmish Verma has ceaselessly won the hearts of many people with his songs.

Parmish was born to Dr Satish Kumar and Paramjit Kaur in Patiala, India on July 3, 1990.

He began his career as a singer with the song Le Chak Main Aa Gya (2017). Since then his songs have become the heartbeat of night clubs. His Desi approach to real-life situations has made his songs unique and relatable.

Although Parmish has done sad and love songs, he is known more for his upbeat tracks. Some of his popular songs that define his style include Gal Ni Kadni (2017), Shada (2018) and Chal Oye (2019).

The most eligible ‘Shada’ has fans across the world who follow him regularly and listen to his songs often. As Parmish is very active on social media, his millions of fans are like part of the family.

Here is a list of 10 best Parmish Verma songs, which have earned him a respectable space in the Punjabi music industry. 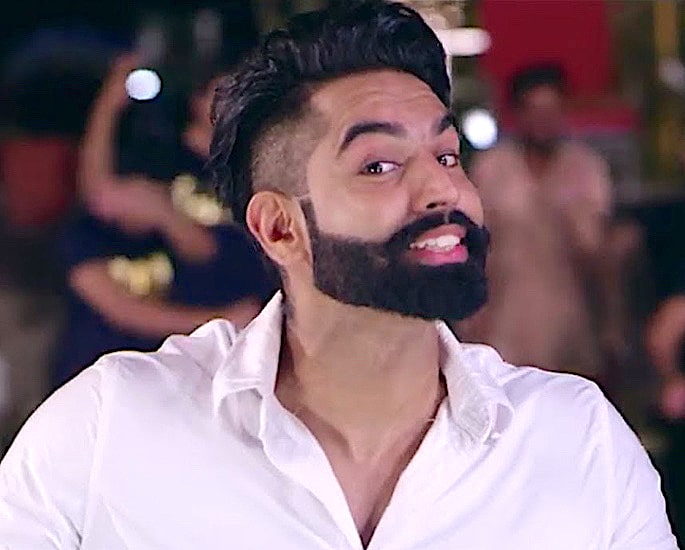 ‘Le Chak Main Aa Gya’ was the first song by Parmish Verma, which came out on August 1, 2017, courtesy of Juke Dock production.

The song has great reviews, primarily because of its catchy lyrics. The track is about the journey of the singer, from his struggling days in Australia to eventually achieving success.

The track turned out to be an encouraging song for the youth, especially with his exceptional vocals and the energetic music.

Parmish has done justice with the video of the track, which is just over four minutes in duration. He carried both his struggling and successful looks well in the video.

This inspirational track, which is worth listening to and watching had garnered around four million views in twenty-four hours. 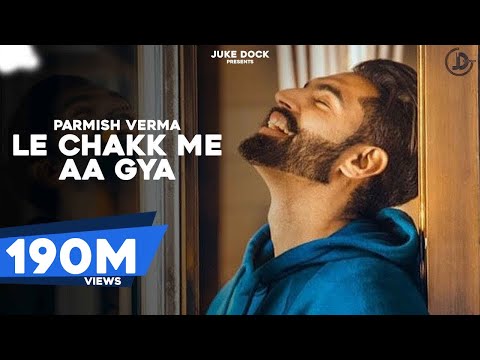 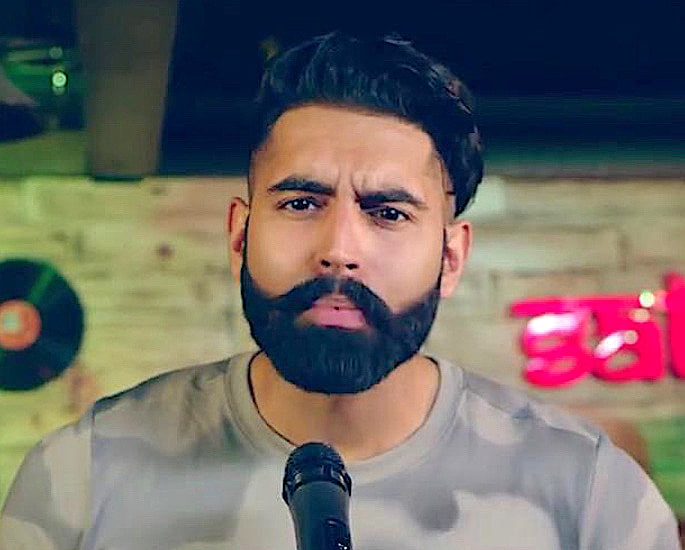 ‘Gal Ni Kadni’ sang by Parmish Verma came out on November 7, 2017, under the Speed Records label.

This is a track completely on the youth. With witty lyrics and perfect vocals, the song successfully became a big favourite of the listeners.

The video over four minutes long is shot in a band style. In the video, Parmish sings playfully like a Desi youngster as he wonderfully synchronises with the beats.

He won the ‘Most Popular Song of The Year’ at the 2018 PTC Music Awards. Parmish went on Instagram to post his favourite line from the song:

“Jitha Saray rokda ohthay jundi gadney. I love this line it captures the strength of the Punjabi people.” 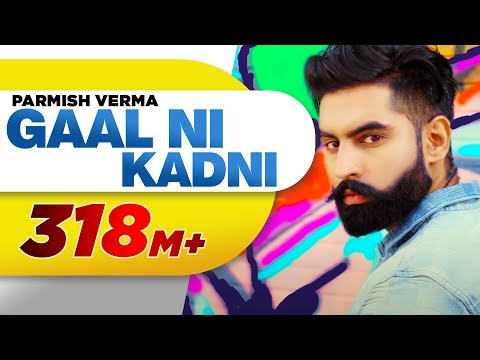 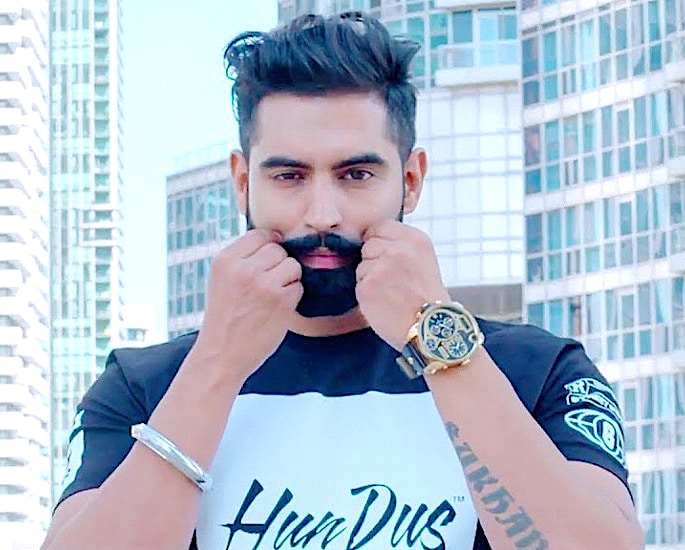 ‘Kache Pakke Yaar’ is a friendship song by Parmish Verma that saw its release under Speed Records on August 1, 2017.

The lyrics of the song by Mandeep Maavi are beautifully written, reflecting the elements of love, care and the emotions amongst friends.

Besides the heart-warming lyrics, the lively beats and heroic vocals increased the popularity of the song across the globe.

The video more than three minutes in duration was shot in Canada. The video captures several beautiful moments featuring Parmish and a group of young Punjabi guys. 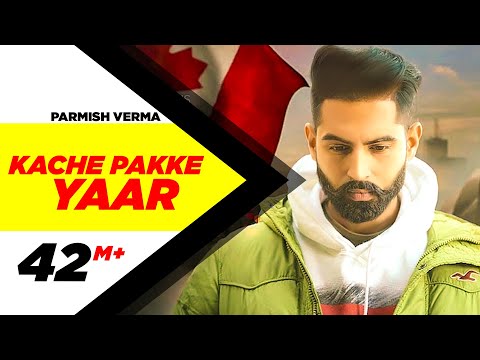 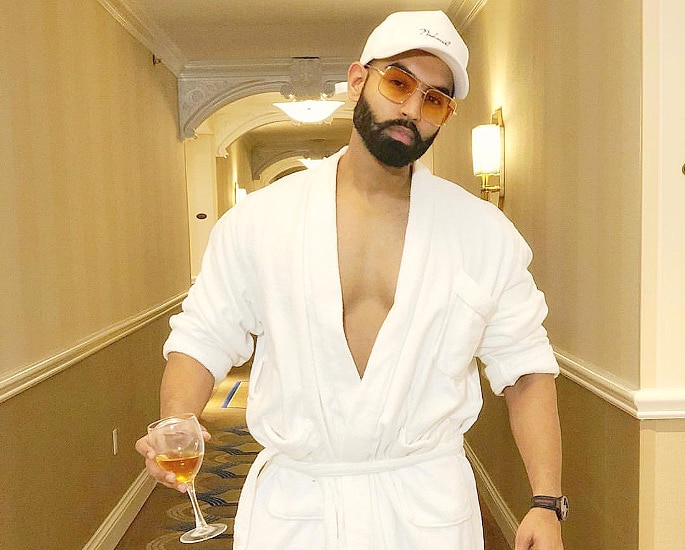 Parmish Verma is the singer of ‘Shada,’ a song, which came out on March 17, 2018. Releasing under Speed Records, the song took the internet by a storm with its mindboggling lyrics.

The lyrics of the song by Sarba Maan simply highlight the advantages of being a bachelor. The track became a massive hit because of it’s urbanised beats and Desi vocals.

The video lasting just over four minutes stars Parmish as a happy and tension-free bachelor. Post-release within twenty-four hours, the video had approximately four million views.

When the track was trending number one, Parmish went on Instagram to command his pole position: 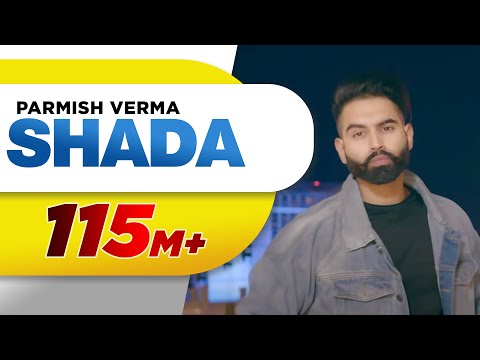 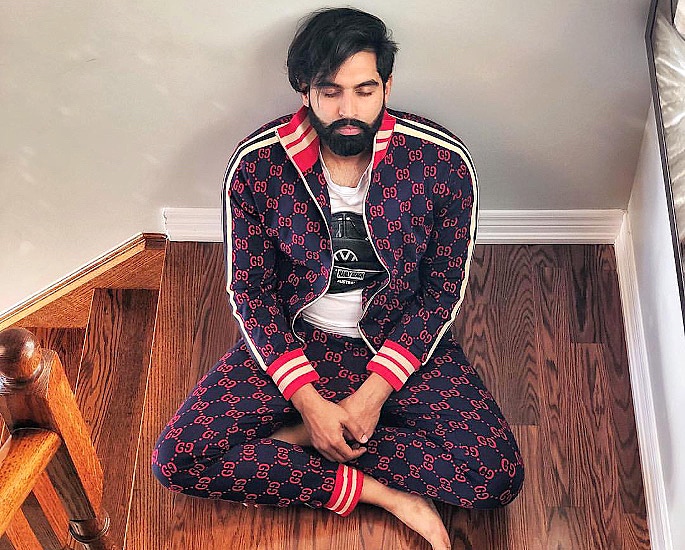 ‘Dhol Wajea’ is a wonderful party song, with vocals by Parmish Verma. Releasing on June 14, 2018, this song is a superb fusion of Punjabi folk style ‘boliyan’ (couplets) and western beats.

The lyrics of the song are highly enjoyable, contributing to the worldwide success of the song.

The cheerful music of the track has a Desi touch to it. The four and a half minutes video includes a collection of best scenes from his previous tracks and stage shows.

The special video taking viewers back to memory lane has more than fifteen million YouTube hits.

Indian youth continue to love this song, which is played at all major night clubs in the country. 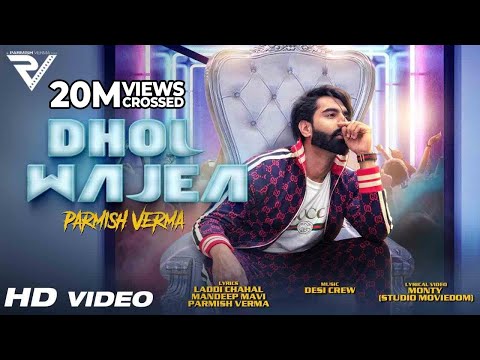 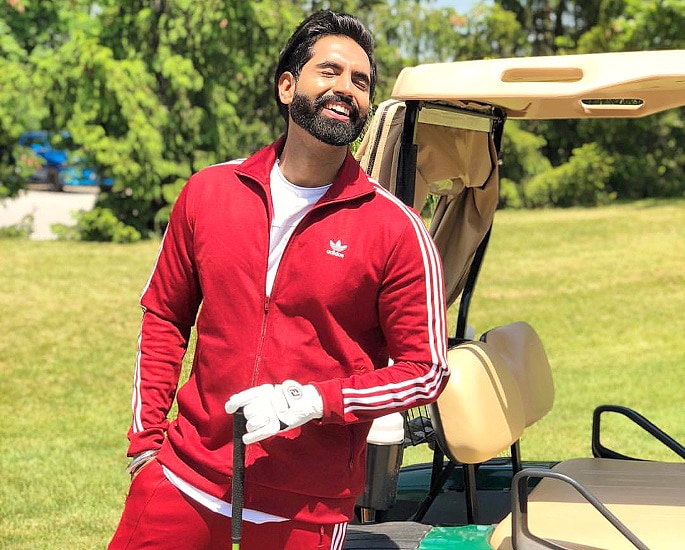 Utilising the vocals of Parmish Verma, ‘Chirri Udd Kaa Udd’ came out on August 25, 2018. The song falls under the banner of Speed Records.

The title of the track will bring back listeners to their childhood days. The words of the song relate to wishes that many had as a child.

The catchy music and Desi vocals for ‘Chirri Udd Kaa Udd’ were appreciated by the youth.

The video just more than four minutes long has it all – be it a sports car, designer label, clubbing away on the golf course and an action figure.

A fan praised Parmish Verma for his distinctive style on YouTube, writing.

“I just love you Parmish??? You are perfect..??? Your swag in every song is unbeatable ??” 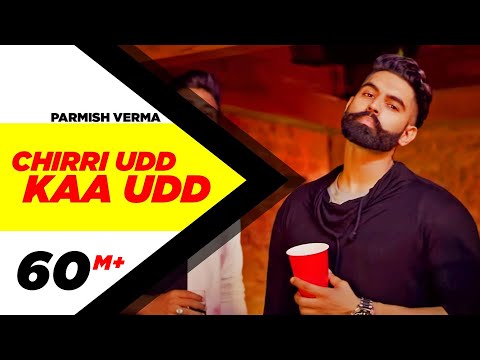 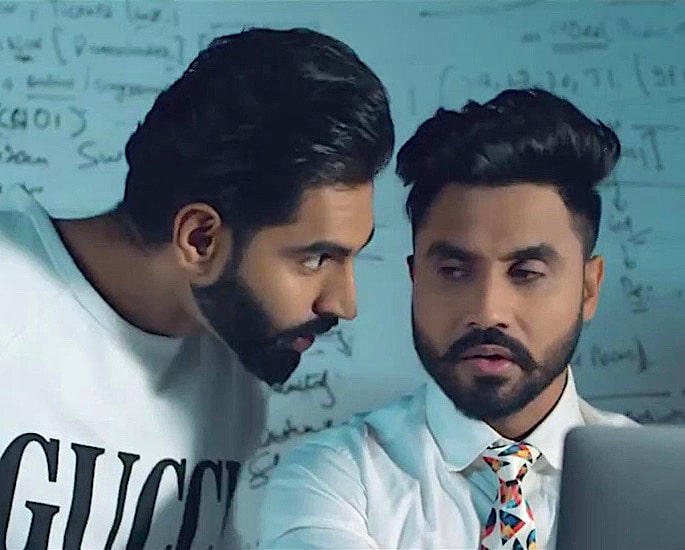 Parmish Verma sings ‘Sab Fade Jange,’ which was released by Speed Records. The track is packed with crazy real-life mistakes of youngsters.

The lyrics are humorous and relatable to the youth, particularly those who have gone through such a phase in life.

The peppy music by Desi Crew and vocals of Parmish made the youth smile embarrassingly. The track is a great combination of Punjabi and western beats.

Parmish stars in the four-minute video with a group of friends. The vibrant video has some funny moments in it. 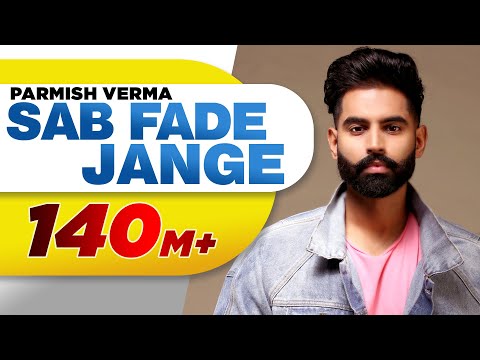 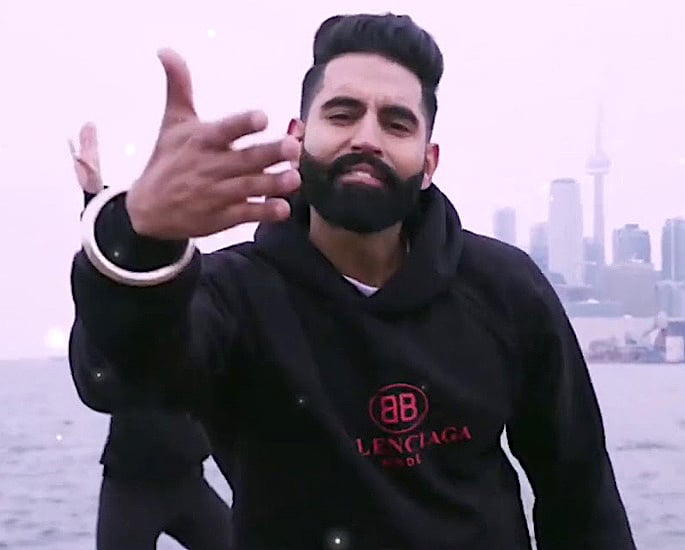 Parmish Verma put his voice to ‘Ja Ve Ja,’ which was a Speed Records release. The amusing lyrics by G Sidhu linked to newly married couples is the x-factor of this song.

The song was popularised at Indian parties and weddings. Music of the track is very joyous and bubbly, with excellently syncronised vocals.

The video just over four minutes in duration starring Parmish shows hilarious fights between a couple, which matches the concept amazingly.

‘Ja Ve Ja’ is another fun-packed and high spirited song, with reflections on various situations. The track has had phenomenal YouTube views, rising to over forty-two million hits.

This song will be on repeat for many as one fan states:

“I am really addicted to this song ? love u parmish sir.” 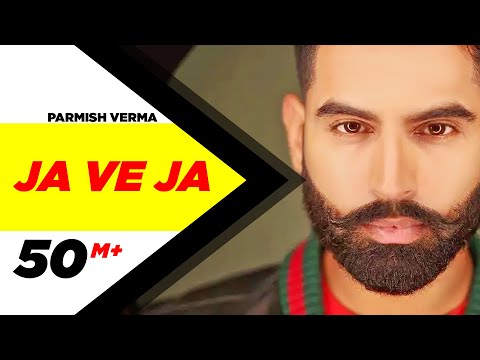 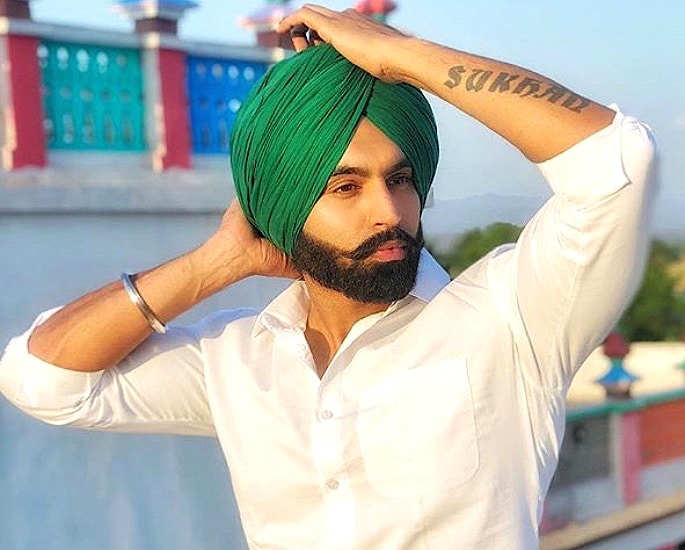 The super-hit song ‘Pinda Aale Jatt’  has the vocals of Parmish Verma. Speed Records released the track on March 30, 2019.

The song is from the film ‘Dil Diyan Gallan,’ which has Parmish playing the lead role. The shooting of the song took place in London, England.

Laddi Chahal is the writer of the song, which is about Desi people from small Punjab villages who travel to a foreign land and do very well.

The music of ‘Pinda Aale Jatt’  is uplifting, with the voice of Parmish in sync.

The video more than two minutes in duration is well shot and has many faces in it – young and old. 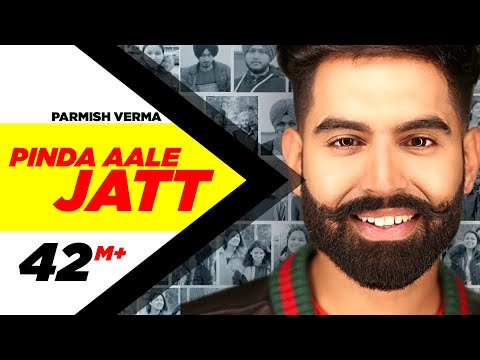 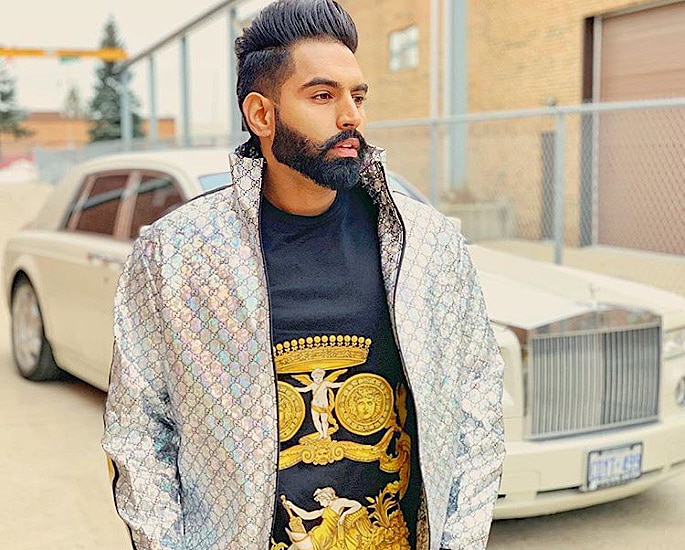 The final song on our list is the motivational track ‘Chal Oye’ by Parmish Verma. Pendhuz Media Records is the label that released the song on June 8, 2019.

The lyrics of the song are positively compelling and have a rap feel to it. The music of ‘Chal Oye’ is very urban, with aggressive vocals from Parmish, making the song noteworthy.

The spirited vocals, Punjabi beats and the swag of Parmish are the three key elements that liven up the song.

The video duration of the song is just under five minutes, featuring some expensive cars.

Apart from singing, Parmish has also done the screenplay, direction and conceptualisation of all his songs.

Desi Crew who create the music for many songs of Parmish consists of two music directors Satpal Malhi and Goldy Kalon. They are very close friends of Parmish.

Before becoming a famous singer, Parmish had directed many popular songs. He received ‘Best Music Video’ for Meri Sardarniye by Ranjit Bawa (2016) at the 2017 PTC Punjabi Music Awards.

Parmish Verma has worked in Punjabi movies such as Rocky Mental (2017), Dil Diyan Gallan (2019) and the remake of Singham in Punjabi.

With Parmish Verma being so creative and multifunctional, he is bound to sing many more hit songs, which will please his fans.