A YouTuber got the perpetrators of an Indian call centre arrested after hacking into their office’s CCTV cameras.

"your Microsoft services have been stopped by hackers."

A scam call centre in Punjab, India, was busted and those involved were arrested after a YouTuber hacked into their office’s CCTV cameras.

In one video, he infiltrated the CCTV of one small scam call centre at the Global Business Park in Zirakpur, Punjab and monitored those involved before informing the police.

Compared to other Indian scam call centres, this one was much smaller, with just eight employees.

Four agents were responsible for taking phone calls as part of a scam that began with an email to victims, stating that they had purchased the anti-virus software ‘National Agency Security 3,600’.

A phone number is on the email that claims to be from Geek Squad, a subsidiary of multinational consumer electronics corporation Best Buy. 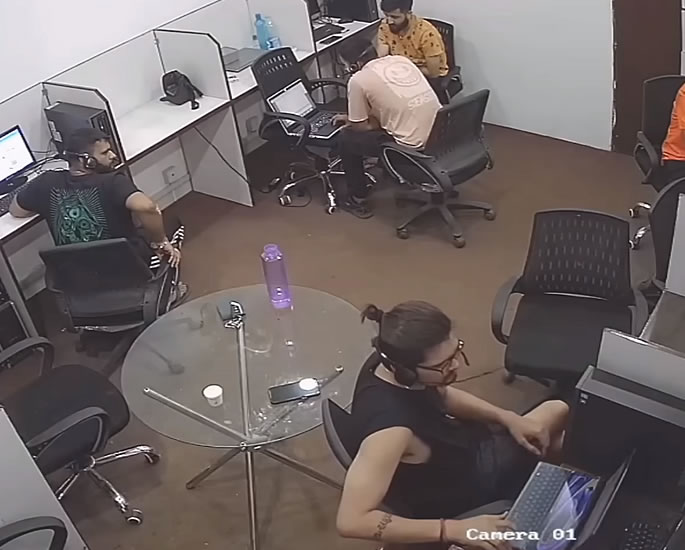 But when the phone number is called, callers are put on the phone with one of the scam agents.

In the video, one agent says: “You are speaking with Geek Squad. How may I help you?”

After the caller explains what is going on, the agent says:

“Can you tell me the message you received?”

The scam agent then asks for an order number found on the bogus email invoice.

It is then revealed that the caller is actually Scambaiter, who provided a fake order number.

The CCTV is focused on the main room where the scammers work and have their breaks in.

According to Google reviews, it is pointed out that several scam companies are based inside the office building.

In addition to posing as Geek Squad, the scam call centre also pretend to be from Amazon, Apple, Norton, HP Printers and McAfee.

In the video, the YouTuber mocks them as he reveals that the scammers only get around six calls per day and when they do, everyone gathers to see what happens.

As part of a HP scam, an agent tells a caller that his Microsoft services have been blocked by hackers and that any other devices will become hacked also.

The scammer, who is identified as Mohit, the person in charge, claims that he needs to work on the caller’s computer in order to secure it.

Mohit tells the caller: “A bunch of your Microsoft services have been stopped by hackers.

“That’s how this problem happened and why your computer gave you an alert to give us a call.”

He goes on to claim that it will take 40 minutes to work on. Meanwhile, the other scammers quietly chat with each other.

Their ‘work’ is fake. Instead, CCTV shows them talking and having dinner during the time.

Afterwards, the scammer calls back the victim and says the hackers have been removed.

He then charges the victim $339 which he pays, unaware that it was a scam. 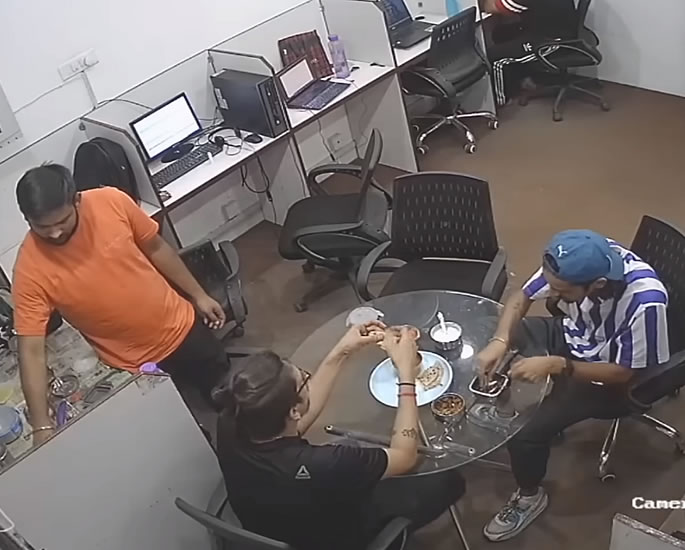 The money is paid to a company named Soft Q Solutions.

It is revealed that the entire operation has seen over $100,000 stolen from dozens of victims.

Officers stated they would need some time to review the evidence before taking action.

One day later, police said they would raid the scam call centre.

CCTV footage showed 14 police officers entering the building. Meanwhile, the YouTuber and some of his friends who helped with his investigation watched.

But as part of the raid, officers cut the electricity to the entire first and second floor, meaning the video was unable to show the scammers being arrested.

The audio featured officers introducing themselves to the fraudsters before arresting them and escorting them out of the building.

An FIR was registered and the scammers remain in jail, awaiting their court date.

Dhiren is a journalism graduate with a passion for gaming, watching films and sports. He also enjoys cooking from time to time. His motto is to “Live life one day at a time.”
Woman jailed for Sitting 150 Driving Tests for other People
Rishi Sunak launches Conservative Party Leadership Bid