Who are the Future Stars of Indian Football?

Many young Indian footballers are showcasing their raw talent and passion for the sport. We take a look at what the future holds for Indian football.

“He is fast and powerful and is scared of no one."

Indian football is on the rise, attracting a lot of attention to the beautiful sport.

Many individuals are turning to the spectacular sport of football as a passion and career, including Lallianzuala Chhangte.

Whether they are involved in the Indian Super League (ISL), playing abroad or representing Indian colours, they are making an impact.

Additionally, they are showcasing the dedication and liking for the sport, eager to excel, bringing light to football in India.

Coming from different backgrounds across India, many of the talents have had the honour of representing their country.

They have also taken any opportunity that has come their way due to their natural flair.

We take a look at the most promising Indian stars and how they can shape the future of India football. 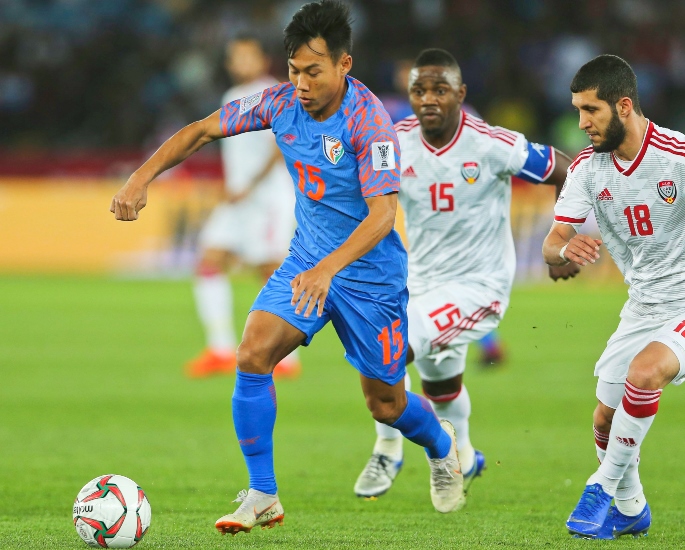 Coming from a football dominating family, Kumam Udanta Singh was born on June 14, 1996, in Manipur, India. His uncle, Samson Singh, was also a football player.

Udanta is naturally pacey, playing the right-winger position with ease. Udanta began his footballing journey in 2010 with the prestigious Tata Football Academy.

In 2013, Udtanta had gained a call up for the India Under-19 team. Starting in all four games, he got onto the score sheet against Turkmenistan.

Showcasing his flair, Udanta shined bright early on. Notably, his big breakthrough came during several competitions, especially at the under 19 I-League (2014).

The Tata Football Academy era was important and impactful for Udanta. He finished by aiding his side to a  2-1 win in the Under 19 I-League.

On July 15, 2014, Udanta marked his first professional contract with the reigning champions of the I-League, Bengaluru FC.

As his growth continued, Udanta assisted skipper Sunil Chhetri (IND) for the winning goal in the AFC Cup. This was against Maldivian team Maziya on April 28, 2015.

Breaking a record, Udanta became the youngest player to assist in the AFC Cup. From the quick turns to the sheer speed, the hard work of Udanta paid off.

Thus, he found the net for Bengaluru FC on May 12, 2015, opening the goal-fest, winning 3-1 against Persipura Jayapura.

Once again, Singh managed another record, becoming the youngest Indian goal scorer in the AFC Cup.

Singh made his senior international debut on March 24, 2016, against Iran for a qualifying game. On June 1, 2018, Udanta grabbed his first senior goal for India against Chinese Taipei, winning 5-0 overall. 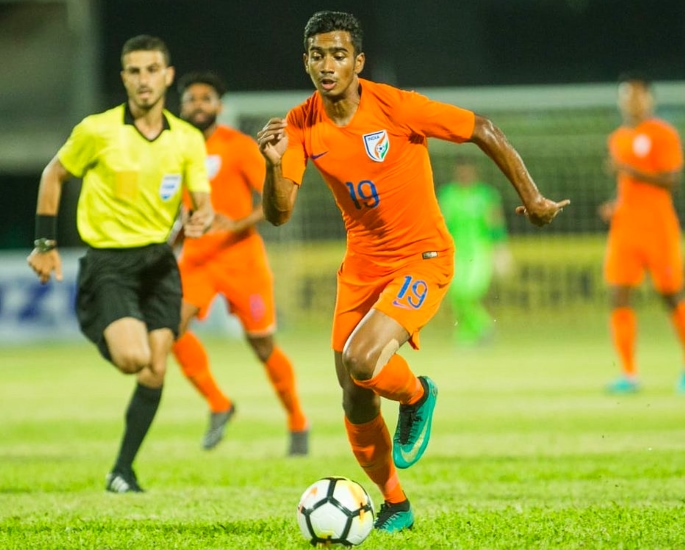 Muhammad Ashique Kuruniyan is a professional footballer who was born on June 14, 1997, in Malappuram, Kerala, India.

His natural position is on the wing, playing a rather fast and furious style.

Supporting his family, he had to drop out from the eighth standard in school. He began earning money whilst working at his father’s sugarcane shop.

However, from very early on, Ashique had a passion for football. After finishing work in the evening, he would hit the playing field to practise football.

Ashique also ha a brief loan spell with Spanish La Liga side Villareal C during the 2016-2017 season. Unfortunately, the loan was cut short, after suffering a hamstring injury.

Fearlessly, Ashique scored his first goal on December 30, 2017. More importantly, it only took him eight minutes to enter the scoresheet, helping his side beat NorthEast United 5-0.

Wanting to play forward with a fun and no fear attitude has benefitted Ashique. Additionally, he made it into the national team in June 2018, representing Indian colours across numerous competitions.

Furthermore, Ashique landed the ultimate deal as he signed for the mighty Bengaluru FC in the ISL on September 19, 2019. This is no hiding place, with top Indian players surrounding him.

“He is fast and powerful and is scared of no one. He just plays with the motive of going forward. If he does what we think he can do and learns quickly, you will see a proper superstar for the country.”

Ultimately, receiving praise from Chhetri will spur him to improve himself even more. 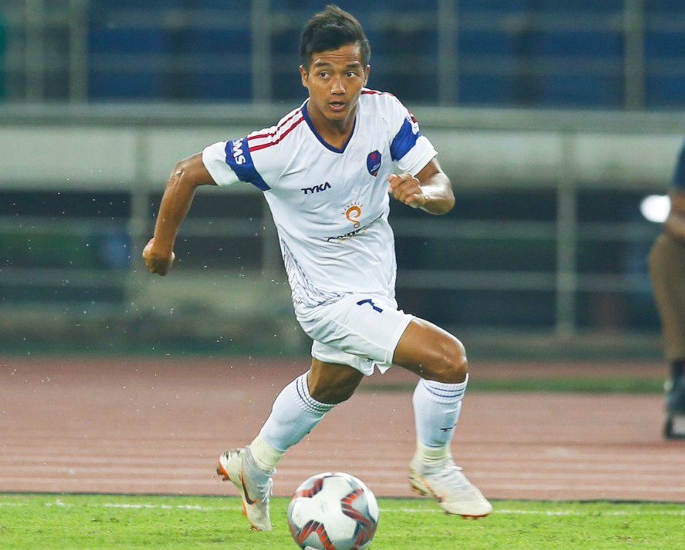 Scouted early on in 2014, DSK Shivajians Liverpool Academy International selected the raw Chhangte. Chhangte kicked off in DSK’s entry season into the 2014/15 I-League, playing for their Under-18 side.

Here, he made an impression, finishing the season top scorer in the league with a bag of sixteen goals.

Hence, Johnson called up Chhangte to represent the AIFF (All India Football Federation) in the 2015 FAM-FRENZ Asia Champions Trophy Season.

Further to this, Chhangte then received an honourable call up for the Indian Squad to play at the 2015 SAFF Championship. Chhangte found the net twice in a 4-1 win against Nepal on December 27, 2015.

Flying down the wing, Chhangte scored a sensational nine goals for DSK during the 2015-2016 I-League. Eyes on the big prize, he grabbed an additional two goals in the final round of the play-offs.

On March 2016, Chhangte went onto train at Kirkby Youth Academy, Liverpool.  This is because he dazzled the coaches with his skills at DSK’s LFC academy in India.

Subsequently, whilst balling with the Dynamos, Chhangte took the opportunities that came his way.

“They showed their trust in me and it was like a real breakthrough. I am truly grateful. The entire backroom staff was really good to me. I think I would not be the player today if not for their help.”

He marked his debut for the Dynamos with a goal against FC Pune City on November 22, 2017. 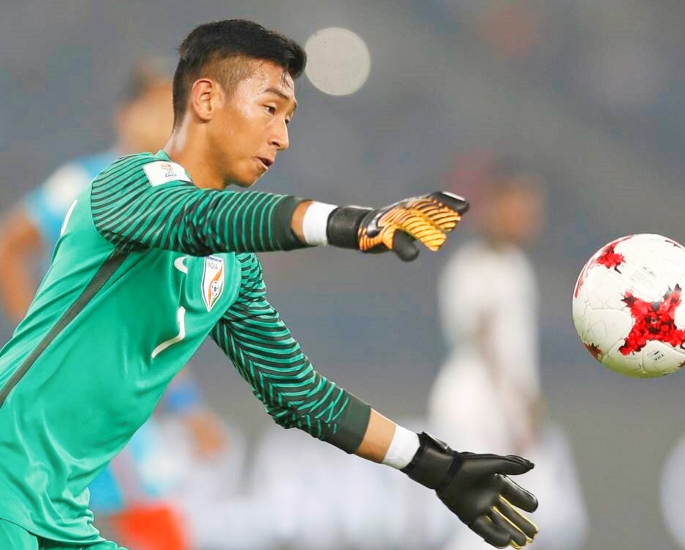 Dheeraj Singh Moirangthem was born on July 4, 2000, in the city of Manipur, India. He is a professional footballer, who plays as a goalkeeper.

Initially, Dheeraj was within the AIFF Elite Academy group of players. Further, he was part of the bunch preparing for the 2017 Under-17 World Cup held in India.

Exciting fans and professionals of Indian football, Dheeraj claimed fame with an outstanding performance in this competition.

In fact, his stunning saves and abilities saw him sign for the Indian Arrows, an AIFF owned team.

Dheeraj made his Arrow’s debut for the first game of the season against Chennai City.

Making his presence known, the goalposts of Dheeraj were on lockdown. Keeping a clean sheet, his team won 3-0.

On December 31, 2017, Dheeraj ended his contract with AIFF, heading over to Europe for trial with  Scottish Premiership team, Motherwell.

Despite the pressure of a new scene and culture, Dheeraj made his mark with the coaches, earning a three-year contract.

Unfortunately, Dheeraj had to exit Scotland after two months due to complications regarding his work permit.

Many teams were after his talent but Dheeraj chose Kerala Blasters FC.

Instantly, Dheeraj became the first-choice goalkeeper for Kerala during 2018-2019 season of the Indian Super League.

This was also a good move as he worked with experienced former England International keeper, David James.

Playing in thirteen games and one Super Cup match, Dheeraj was applauded for his supernatural saves.

This excellent season for the Blasters earnt him a place in the Under-23 national side. Impressively, Dheeraj became their first choice keeper.

Similarly, Dheeraj received further recognition as he signed for ISL side ATK on August 24, 2019. Dheeraj who has shown great potential is a good future prospect for Indian football. 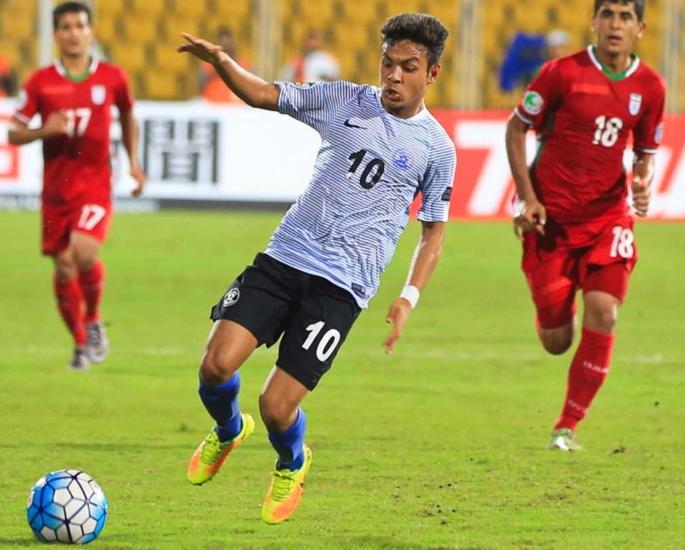 Born on September 18, 2000, in Sikkim, India, Komal Thatal is a footballer who slots into the midfield position. He has a natural flair about his game, idolising Brazilian Philippe Coutinho.

Despite being relatively short for modern football, Komal makes it tick. From his control to his fancy tricks, he let his feet do the talking.

As a result, he passed his trials, joining the Academy. Komal also set foot into the India Under-17 side, playing in the 2017 FIFA U17 World Cup.

After displaying his capabilities in the World Cup, Komal signed a pro contract with ATK for the 2017-2018 season.

“Komal is a player. When you look at someone the way he manoeuvres, runs with the ball, some look manufactured and some look more natural.

“As I saw him in the pre-season games and I wouldn’t be surprised if he figures in most of the games this season. He is very much in my plans.”

On January 28, 2018, Komal commenced his ATK career against Jamshedpur FC, an ISL side owned by Tata Steel. This made him the youngest footballer to play an ISL game.

Komal collected his first goal in a 2-1 loss versus a strong Bengaluru side on October 31, 2018,

Overall, the above stars are only going to get better with more game time and matches, whether they are playing for their club or country.

It will be great to see these individuals shine and do Indian football proud, showing their love for the sport.

Which British Asian Football Players Made their Mark?
The 3 Major Sports Events To Look Forward To in 2020