All eyes were on her tantalising cleavage in the risqué number.

Priyanka Chopra commanded all the right attention at her first ever White House Correspondents’ Dinner on April 30, 2016.

The Quantico star arrived at the Washington Hilton in impeccable style, dressed in a black floor-length gown with ruffled layers, designed by Zuhair Murad.

She looked refreshingly beautiful with minimal makeup and accessories, ensuring all eyes were on her tantalising cleavage in the risqué number.

Zuhair Murad’s fashion designs have obviously become her new best friend on the red carpet in the West, helping her claim another victory in a headline-grabbing appearance. 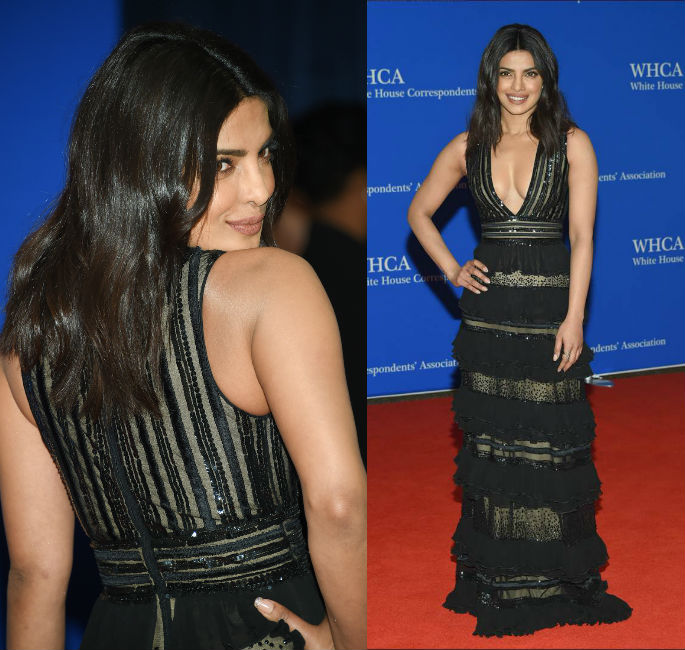 The pinnacle moment arrived for PeeCee when she met US President Barack Obama and the First Lady Michelle Obama, whom she described as ‘very funny’ and ‘beautiful’.

According to PinkVilla, the 33-year-old actress said: “[Obama] spoke about his visit to India and our Prime Minister Narendra Modi’s visit to America. He was very warm and gracious and it felt really nice to be recognised as an Indian actress.”

PeeCee had a meaningful exchange with the First Lady as well, as she wrote on Instagram: “Cannot wait to start working on your girls education program.”

Michelle has been advocating for global girls’ education through the ‘Let Girls Learn’ program. Priyanka, who has been championing female empowerment as a UNICEF Goodwill Ambassador, will no doubt lend great support to the cause. 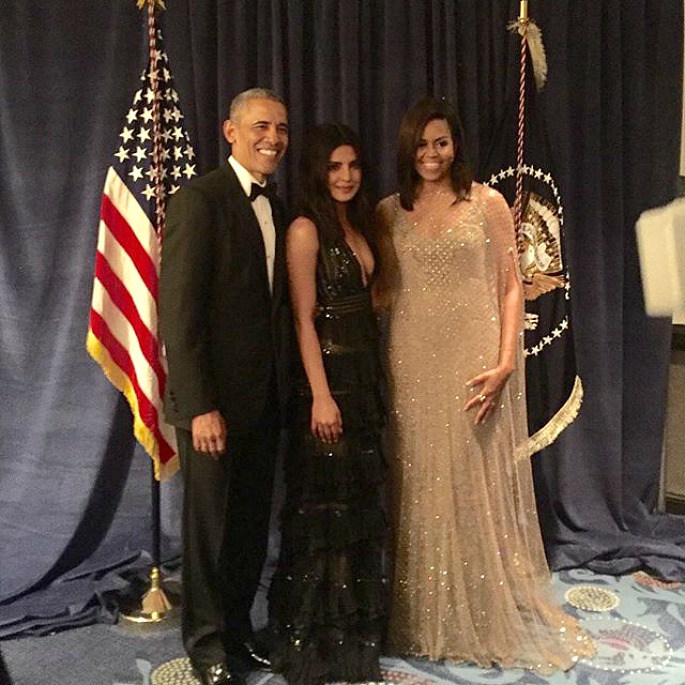 PeeCee wasn’t the only proud and outstanding South Asian at the annual event organised by the White House Correspondents’ Association.

Neela Banerjee, a Desi American journalist, received the Edgar A Poe award for ‘journalistic work of national or regional significance’.

Along with her colleagues at Inside Climate News (John Cushman Jr, David Hasemyer and Lisa Song), they were commended for their investigative efforts that brought ExxonMobil’s cover-up relating to climate change to the attention of the New York Attorney General.

Misha Euceph, a Pakistani radio journalist based in Chicago, was chosen for the Association’s annual scholarship worth US$5,000, which will support her postgraduate degree in the field of reporting government and public affairs. 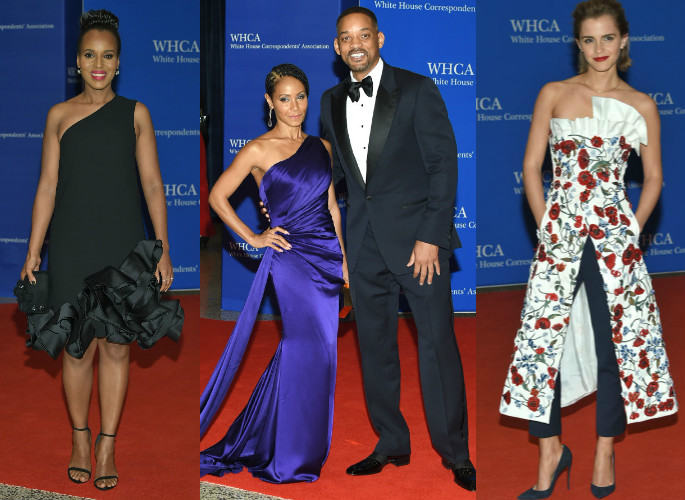 Priyanka’s good friend, Kerry Washington, also opted for a little black dress. Her co-star in Baywatch, Kelly Rohrbach, was sizzling in a low-cut silk dress too.

Our Bollywood sweetheart will be playing badass villain Victoria Leeds in her Hollywood big screen debut, alongside Dwayne ‘The Rock’ Johnson and Zac Efron.

The highly-anticipated reboot of the classic TV series expects a mid-2017 release, when Quantico should be wrapping up its second season and hopefully preparing for a third.