Priyanka Chopra is known for her standout outfit choices and within a span of just a few days, she made a statement with a black dress and white suit.

The feathers were dramatic and the highlight of her dress.

Priyanka Chopra is one Bollywood star who likes to make a statement with just her outfits. Within a few days, the actress made an impact with two ensembles.

Whether she goes for a classy look or a bold one, Priyanka is one of the few people who can pull it off.

She attended Joe Jonas’s birthday party where she opted for an extravagant black dress.

Priyanka then went for a complete contrast for her appearance at Beautycon in Los Angeles. She combined sophistication and flashiness by going for a white suit paired with a sheer blouse.

They may have been polar opposites but they had heads turning at both events. 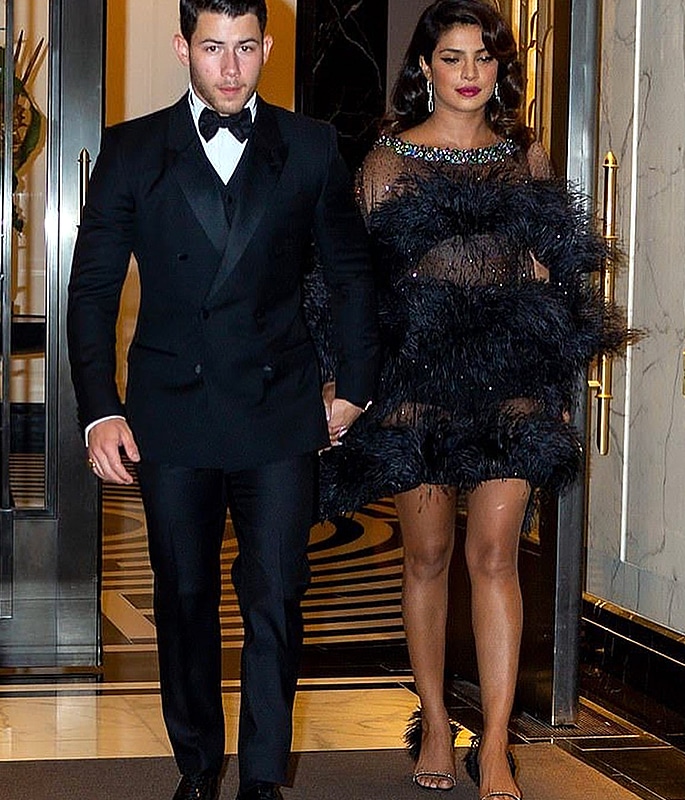 August 15, 2019, was Joe Jonas’s 30th birthday and a belated party was held. It was a star-studded event and guests went all out when it came to their outfits.

The party had a James Bond theme so guests were smartly dressed in tuxedos and cocktail dresses.

It was no surprise that Priyanka Chopra went for a flawless black dress and arrived at the party holding hands with her husband Nick Jonas.

The Dostana actress chose to wear a mini half-sleeved Ralph & Russo dress which brought together sheer panels and layers of black feathers.

The feathers were dramatic and the highlight of her dress. Not only did the sheer panels provide a glimpse at her toned body but they also gave the dress an edgier look. 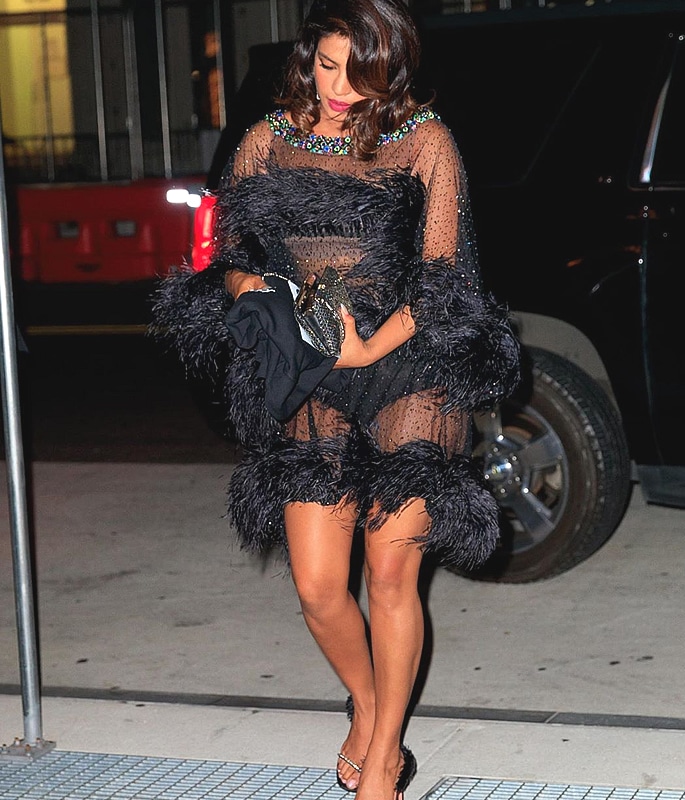 The collar was a standout as it was embroidered with rainbow stones and sequins.

The stunning actress completed her Bond look with a pair of earrings by Walters Faith and a shimmery clutch.

She nailed her look for the night with her hair in loose curls and deep pink lipstick. As for her husband, he went for a double-breasted black tuxedo. 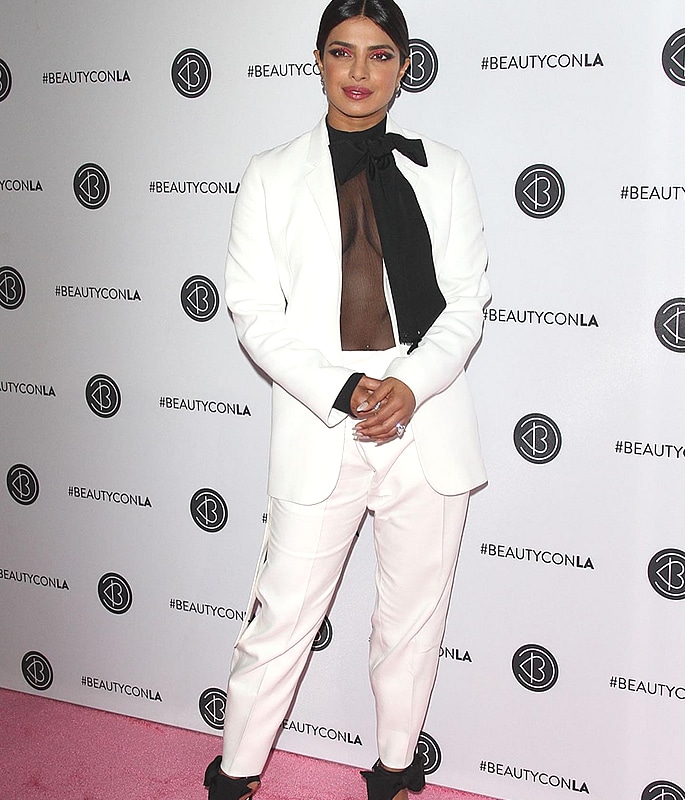 Celebrities, influencers and makeup artists celebrated their love of beauty in Los Angeles at Beautycon.

Typically, the event is the place to discover new products but 2019 was slightly different as stars spoke about important topics.

Priyanka Chopra was one of those speaking while also showcasing her beauty.

She had her tied back and her eye makeup had a hint of red to go with her lipstick. Priyanka’s outfit was accessorised with a number of dazzling rings on each hand.

Priyanka went on to talk about the need for more inclusivity in entertainment.

She gave an inspiring speech where she encouraged women to band together. Priyanka said:

“People always ask me, ‘Oh you’re doing a movie with a female co-actor. Did you guys get along? Were there catfights?’

“But when it comes to boys, they say, ‘Oh my gosh, that looks like a bromance and everyone got on so well.’

“So I feel like over time because women have a lack of opportunity, we were pitted against each other.” 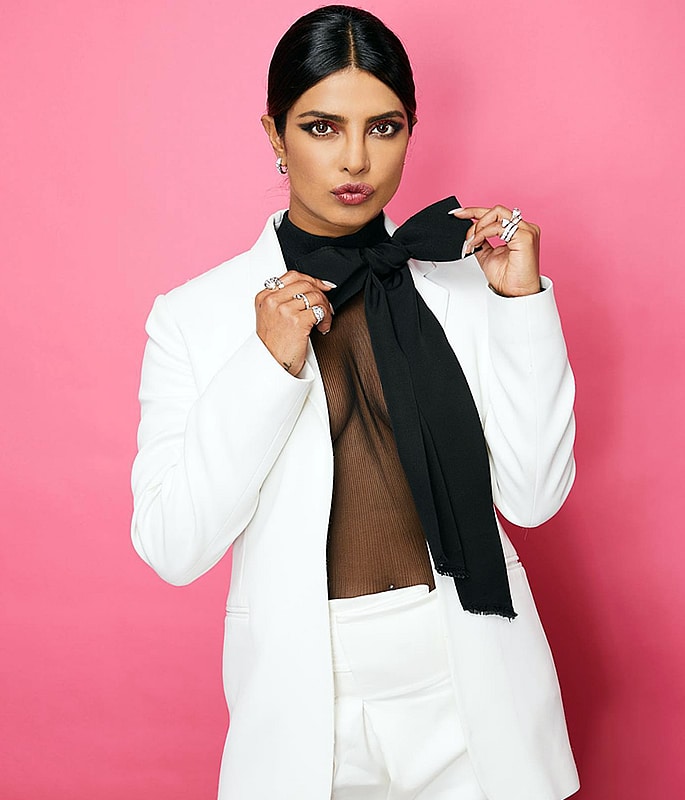 “The more opportunity we create for each other, the more sisterhood will grow.”

Priyanka also spoke about her lavish wedding to Nick Jonas. Her outfit was an ideal option for the event as it has the right balance of classiness and a racy edge.

Both events were completely different which is why her outfits were great choices to go for.

Priyanka manages to pull off whatever outfit she chooses no matter how daring they may be.