Following Arsenal’s win over Leicester, Ranveer Singh appeared on AFTV to give his thoughts and whether Arsenal will get top four.

"I am believing in all the positive cosmic signs"

Ranveer Singh appeared on popular YouTube channel AFTV to give his opinion on Arsenal’s chances of Premier League top four.

The Bollywood megastar had been in the UK to watch several Premier League matches.

Among them was Arsenal vs Leicester and after The Gunners’ 2-0 victory, Ranveer gave his thoughts on the match as well as the team’s chances of reaching the Champions League places.

In the video, Ranveer chants with fellow Arsenal fans as he prepares to give his post-match thoughts.

He greets viewers: “What’s up Gunners, all the way from Mumbai, India.”

Robbie asks Ranveer if he is starting to believe that Arsenal can reach the top four.

A confident Ranveer replies: “Guys, I am believing in all the positive cosmic signs, my mother’s here for the first time.”

He then praises Arsenal’s performance against Leicester, calling it “clinical”.

“They always looked in control, they never looked like they were going to concede.

“Can we please talk about Aaron Ramsdale’s contributions?”

Ranveer then called for Ramsdale to be England’s first-choice goalkeeper, prompting cheers from fans.

During the interview, Ranveer assesses Leicester’s performance, saying that the side were missing key players, adding:

“It didn’t look like the foxes had any bite, to be honest.”

Arsenal’s next game will be a tough one against title challengers Liverpool on March 16, 2022.

Ranveer Singh was asked to give his prediction on the match and he declares:

“I have this fantasy going on in my head, it’s that time when Aaron Ramsdale decides to have the match of his life okay.”

“He’s stopping, blocking everything. He’s running all the way up to Salah’s feet and nicking the ball off his feet. He’s having the game of his life.”

Ranveer goes on to say that he feels that Liverpool will struggle to get through the defence before Emile Smith Rowe scores the winner in the 88th minute.

Ranveer’s confident prediction that Arsenal will snatch a 1-0 victory over Liverpool riles up the crowd, resulting in huge cheers.

The crowd and Ranveer continue to chant “Arsenal” before another fan points to Ranveer and says:

“That’s the biggest Bollywood star on the planet.”

The interview ends with Ranveer explaining that his “prophecy” will cause Arsenal to go on a winning run and secure a lucrative top-four place, stating:

“Champions League, you better watch out.

“The Gunners are coming back and they’ve got vengeance on their mind.”

The interview prompted a lot of discussion in the comments section, with many fans loving Ranveer’s positivity and giving them the belief that they can defeat Liverpool, a team Arsenal have struggled against.

Others did not know he was an Arsenal fan while some praised his insight and knowledge about football.

At the game, Ranveer met the likes of supermodel Bella Hadid and YouTuber Chunkz. 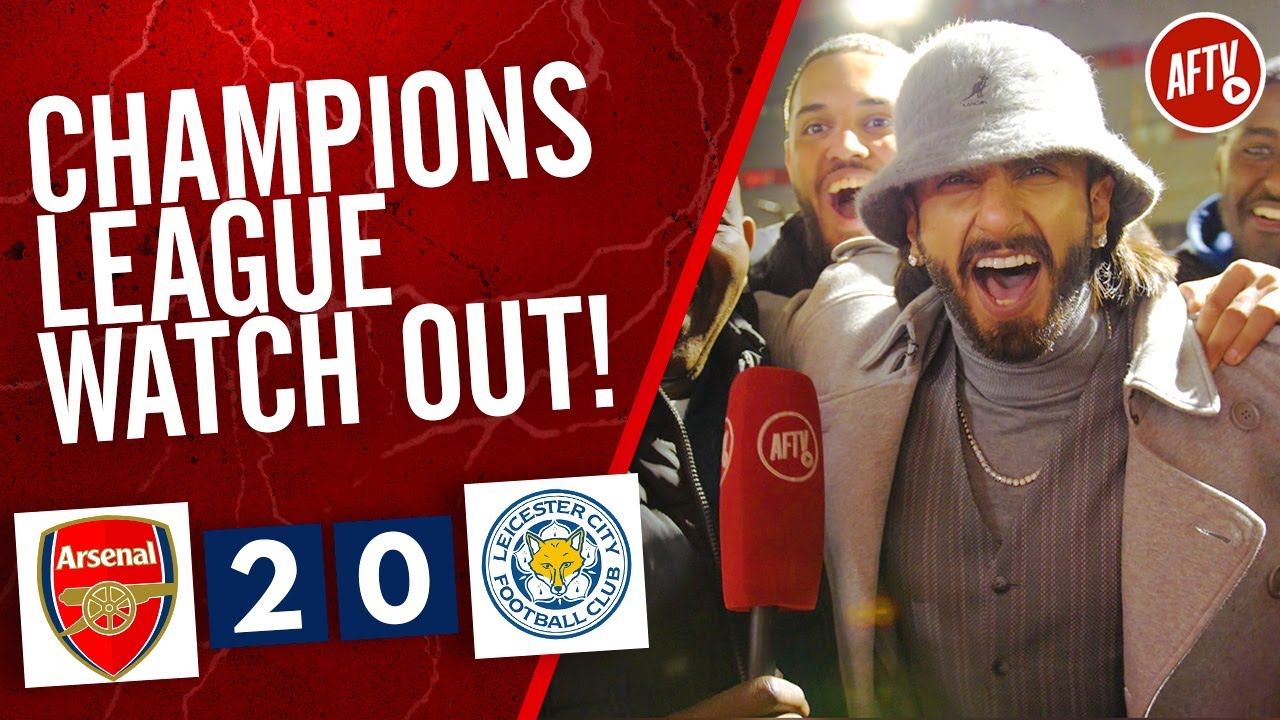 Dhiren is a journalism graduate with a passion for gaming, watching films and sports. He also enjoys cooking from time to time. His motto is to “Live life one day at a time.”
Ranveer Singh to attend Premier League matches in UK
Amir Khan to Continue Boxing Career despite Kell Brook Loss