What does Kareena Kapoor want to Get Paid for Acting?

Kareena Kapoor Khan voices her opinion regarding the pay difference between male and female co-stars. Let’s see what the actress had to say.

"I just want to get paid as much as Akshay Kumar"

Kareena has enjoyed a successful acting career with stellar performances in films like Jab We Met (2007), Kurbaan (2009), Talaash (2012) and many more.

Alongside acting, Kareena has also ignited the runway as she has modelled for numerous designers.

Kareena Kapoor is a successful actress, wife and mother. She continues to work as well as being a doting mother to Taimur Ali Khan.

Despite this, Kareena has experienced numerous struggles throughout her career. In this instance, the debate about the pay difference between actors and actresses is on-going.

It has come to light that females have had to battle for equality in the arts. This topic has failed to reach a conclusion.

Pay disparity has continued to be one of the most debated topics and Kareena Kapoor has voiced her opinion regarding the matter.

It is apparent that at large, male actors receive a larger paycheck for their work in films, while their female counterparts are paid significantly less.

Kareena mentioned how women have reached a position of power in Bollywood with their tenacious work ethic. 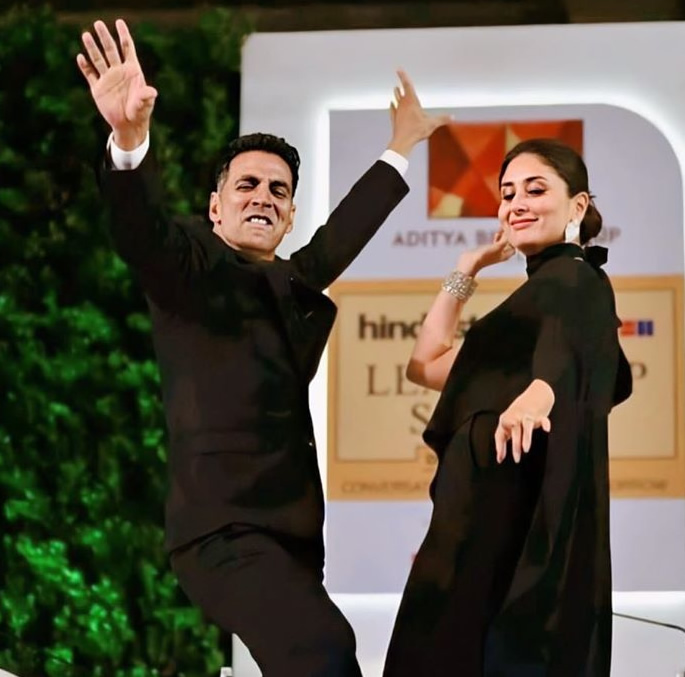 Kareena was asked about her thoughts on the pay gap in Bollywood between male and female actors. She said:

“As far as the paycheck goes, I just want to get paid as much as Akshay Kumar gets paid.”

The friendship between Kareena Kapoor and Akshay Kumar has spanned over decades.

Before the two stars became well-known Bollywood celebrities, Kareena and Akshay would often meet up.

They would visit the sets of the films he worked on with Kareena’s sister Karisma Kapoor.

On the acting front, Kareena Kapoor is set to feature in the Raj Mehta’s upcoming film Good Newwz (2019).

The story follows the lives of two couples: Varun (Akshay) with Deepti (Kareena) and Honey (Diljit) with Monika (Kiara).

Comical trouble occurs when it is revealed that the sperms of each couple have been mixed up with each other.

The trailer of the film received positive reactions from viewers who are eagerly waiting for the film. Good Newwz is due to release on December 27, 2019.

We hope to see equal pay between actors and actresses for their work in films. Yet, we continue to wait for this debate to reach a conclusion.

Ayesha is an English graduate with an aesthetic eye. Her fascination lies in sports, fashion and beauty. Also, she does not shy away from controversial subjects. Her motto is: “no two days are the same, that is what makes life worth living.”
Radhika Apte reveals her Reaction to Offer of Sex Comedies
Complaint filed against Rakhi Sawant for Truck Drivers Abuse