Urfi Javed has once again raised eyebrows with her outfit choice, wearing a bralette and see-through trousers.

"This is what we call a condom dress."

Urfi Javed turned heads in a bralette and see-through trousers.

The Bigg Boss OTT star has become known for her bold outfit choices and is often trolled as a result.

Her latest look was no different.

At an event held at a hotel in Worli, Mumbai, Urfi attracted a lot of attention.

She paired the unique look with statement platform heels. 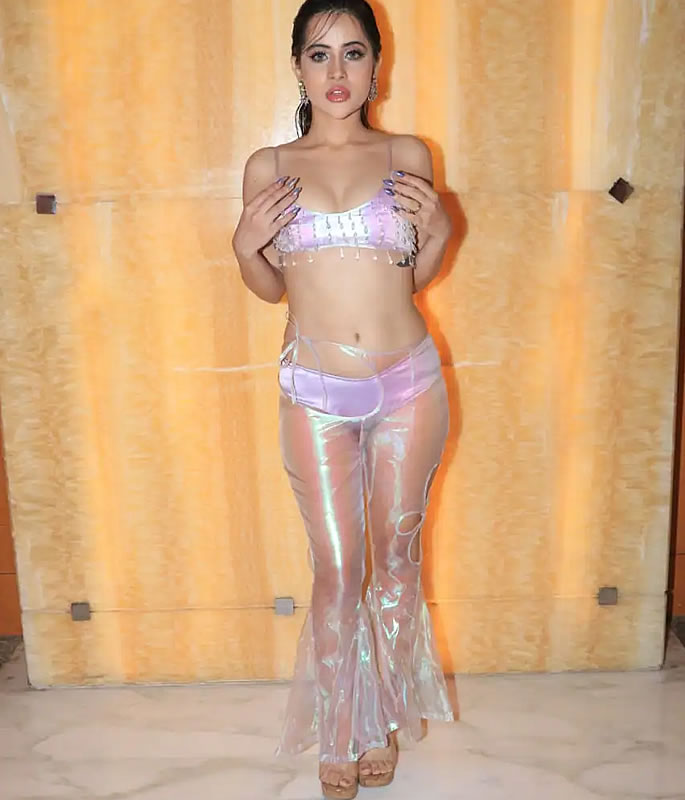 Urfi opted for bold eyeliner and glossy lips while her nails matched the colour of her outfit.

Her hair was tied into a loose ponytail, allowing for a few strands to fall down her forehead.

Urfi appeared confident in her outfit, posing for the paparazzi.

The pictures of her outfit went viral and unsurprisingly, netizens took to the comments section to troll Urfi.

One user said: “Crossed the limit. RIP your dress sense.”

“She definitely has a fashion college student as her stylist. Doing it all wrong all the time.”

A third person asked: “Who is her dress designer?”

Many pointed out the plastic trousers and wondered if they were waterproof.

Some even compared Urfi’s outfit to a condom.

A second agreed: “This is what we call a condom dress.” 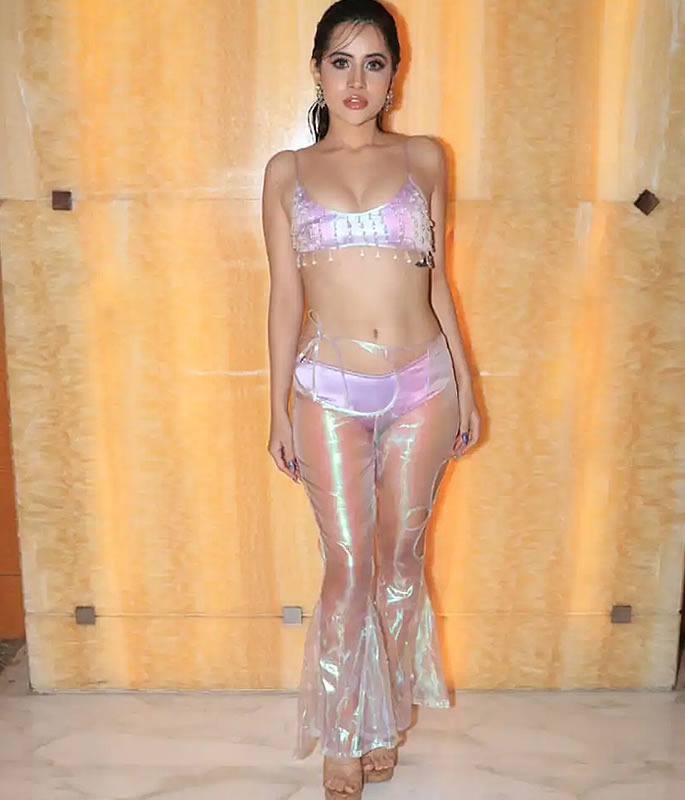 Just a few weeks prior, Urfi Javed raised eyebrows with a dress made out of safety pins.

The completely see-through dress was worn over Urfi’s black lingerie.

“Thank you Geeta Jaiswal for helping me with my crazy ideas!”

While Urfi is frequently trolled for her outfits, she stated that the comments do not affect her.

“It doesn’t really affect me because when you rise up in your career, it doesn’t matter what people below you are saying.

“For me, the voices of the trolls faint down. Hence, I don’t listen to those people.”

Urfi Javed has been open about her life choices and revealed that she struggled to get a break in the industry, admitting that it left her traumatised.

She previously said: “I was a girl who was told that girls should not have their voice.

Dhiren is a journalism graduate with a passion for gaming, watching films and sports. He also enjoys cooking from time to time. His motto is to “Live life one day at a time.”
8 Best Luxury Watches for Women
Why is #BoycottMalabarGold Trending?