Actor-singer Umair Jaswal is set to play the lead role in ‘Rawalpindi Express’, a biopic on former cricketer Shoaib Akhtar.

“I am cherishing every moment of this journey"

On November 16, 2022, Umair Jaswal posted a picture of himself on Instagram sporting Akhtar’s number 14 shirt.

“With Allah’s blessings may we succeed in our endeavours.

“We look forward to bringing to you a first-of-its-kind biopic film worthy of worldwide recognition.”

Additionally, his brothers Uzair and Yasir Jaswal used uplifting emojis to congratulate and express their affection.

Umair claimed that the role of the pacer in the film “is a dream come true” for him as an actor and that he is incredibly grateful for the opportunity.

Speaking about his admiration for Shoaib Akhtar, Umair elaborated:

“His life is an inspiration. He is not just a superstar in Pakistan but for all cricket lovers globally.

“It is a huge responsibility to shoulder, and I am completely aware of this.”

“I am cherishing every moment of this journey and I will always treasure the time spent with him in preparing for this role which required a new level of dedication and effort.” 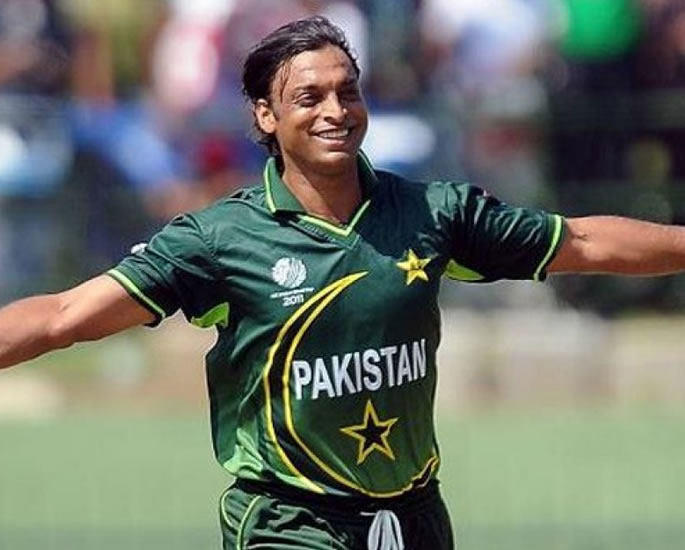 Umair pointed out that Shoaib has shared a number of tales as well as the ups and downs he went through to become the famous international figure he is today.

He hopes that the story they have in store for the public will be a hit.

The biopic is directed by Tahseen Shaukat while Muhammad Faraz Qaiser wrote the script.

Muhammad said that he is pleased to have Umair Jaswal on board:

“The film will span from 1975 to 2002 and requires physical transformation to be shown by an actor.

“Umair Jaswal perfectly fits the role as he is a sports and fitness enthusiast and has worked on his body and fitness level for several months.

“His dedication is unparalleled and he recognises the gravity of the role, and commitment required to bring in the persona of legendary cricketer Shoaib Akhtar live on screen.”

Additionally, Muhammad revealed that he and the film crew are eager to begin filming in Pakistan, Dubai, New Zealand and Australia in December 2022.

The remaining cast members of the biopic are still to be announced.

Rawalpindi Express is scheduled to be released on November 16, 2023.

Ilsa is a digital marketeer and journalist. Her interests include politics, literature, religion and football. Her motto is “Give people their flowers whilst they’re still around to smell them.”
Netizens applaud Vijay Deverakonda for Organ Donation
8 Reality Shows to Watch if you Loved ‘Dubai Bling’