A TV actress has filed a police complaint against an Indian cosmetic surgeon. In the complaint, she has accused him of raping her.

"I ignored [his remarks] and maintained a doctor-patient equation"

A 40-year-old TV actress has accused an Indian cosmetic surgeon of rape. She alleged that Dr Viral Desai sexually assaulted her when she went into his clinic on August 9, 2019.

The woman filed a case against the Mumbai-based cosmetic surgeon at Santa Cruz Police Station on August 12.

She said she had been undergoing mesotherapy (a procedure to rejuvenate and tighten skin) at Desai’s clinic since 2015.

The actress explained: “I started consulting Dr Desai in 2015, however, last year, he started making sexual advances towards me each time I visited his clinic.

“He would remark on my beauty and expressed wishes to have a sexual relationship with me.”

She stated that she continued visiting his clinic “because he is one of Mumbai’s top plastic surgeons”.

The woman added: “I ignored [his remarks] and maintained a doctor-patient equation with him.”

On August 8, 2019, the woman visited Desai’s clinic for a mesotherapy session.

“When I reached home, I noticed a swelling on my face. But it was late and I had a full day’s shoot the next day. I concealed my face from the director.”

The actress claimed she was made to wait for hours after visiting the clinic the next day.

“I was asked to wait for a few hours at his clinic. He told me that it would take time to treat my swollen face and he would do it only after seeing other patients.

“When all the patients had left – by this time a few hours had passed – Desai took me to a changing room on the pretext of giving me treatment and forced himself upon me.”

She filed a complaint and a case was registered under sections 376 (rape), 504 (intention to insult), 323 (physical assault), 506 (criminal intimidation) of the Indian Penal Code.

The woman’s lawyer Satish Agarwal said: “But he has not been arrested so far.

“The survivor approached me a day after the incident seeking my advice. I suggested that she rush to the cops. I also called the police station and informed the duty officer.” 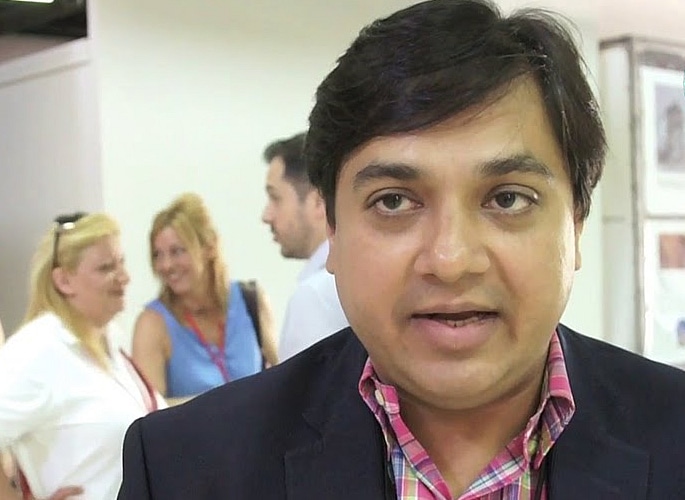 The Indian cosmetic surgeon, who has treated Bollywood stars such as Govinda called the accusations “false”.

Desai said: “This is a false and frivolous case. I have been given interim relief from the court and the matter is sub judice. I have full faith in the judiciary and that justice will prevail.”

He claimed that he had been in a relationship with the TV actress and in a statement, Desai said she “is going through a troubled marriage and is fighting a divorce case in the family court which is still pending”.

The statement also detailed the content of his anticipatory bail application to the court.

In the application, Desai has maintained that the two had been in a consensual relationship while denying the rape accusations.

He said that it was a “relationship gone sour”.

“She was trying to extort huge amounts of money from him in return for not filing this false complaint.”

According to Mid-Day, Dr Desai replied to the court: “Nowhere in the FIR has the complainant stated that she resisted when the applicant (doctor) had allegedly forced himself upon her.

“This shows that it was a consensual act and that the entire FIR is an afterthought.

“It is the complainant’s claim that all the staff at the doctor’s house as well as at his clinic are well-familiar with her and that the two have travelled together on several occasions.

“This clearly shows the nature of the relationship among them, and thus the evidence referred makes it clear that the FIR has been filed without merit.”

An investigation is underway but the court has told officers not to take action against Dr Desai until September 5, 2019.

The court has also told Desai to cooperate with the investigation.

Desai has been accused of sexual assault in the past, however, he secured bail and was never arrested.

Dhiren is a journalism graduate with a passion for gaming, watching films and sports. He also enjoys cooking from time to time. His motto is to “Live life one day at a time.”
Naimal Khawar Khan hits Back at Criticism after Marriage
Aspiring Actress Pearl Punjabi commits Suicide in Mumbai