Respected UK Surgeon Passes Away due to Rare Illness

A Lancashire-based surgeon has passed away after battling a rare illness. Dr Devinder Pal Singh Sidhu, who was born in India, was well-respected.

Dr Sidhu was very close to his family

He was born in India but made Lancashire his home after marrying a student nurse from Padiham.

Dr Sidhu met Julie when they worked together at Burnley General Hospital. They have been married for almost 28 years.

Julie went to India where the couple had a traditional wedding. A reception in England followed. The couple made their home in Higham, close to Julie’s relatives in Padiham.

Dr Sidhu was born in Moga, Punjab but grew up in the village of Bhagta where he attended the local school. He went on to study at a boarding school in Moga when he was 15.

Dr Sidhu went on to study medicine at Amritsar Medical College. One of his first jobs was at a Christian medical college where the surgeon claimed he enjoyed his best Christmas.

He was from a close family and was one of six children. Despite residing in different countries, they kept in touch and often met together in India and Canada.

Dr Sidhu came to England in 1970 and worked at hospitals all over the country, specialising in orthopaedics.

The surgeon was a Bachelor of Medicine and Bachelor of Surgery. Dr Sidhu was also awarded a fellowship of the Royal Colleges of Surgeons’ faculty of Accident and Emergency Medicine.

He worked as a registrar in orthopaedics at Blackburn for eight years. Dr Sidhu went on to work at Burnley General Hospital as an associate specialist from 1991 until his retirement in 2010.

It became a running joke that the techniques required for his role as a surgeon also made him an excellent DIYer.

Dr Sidhu was a passionate gardener until a few months before his death. He insisted on mowing the lawn himself and the hedge was known for being carefully maintained.

He would often host friends for dinner, cooking his speciality, tandoori chicken with green chutney. When guests asked what the secret ingredient was, Dr Sidhu would say “it was made with love”. 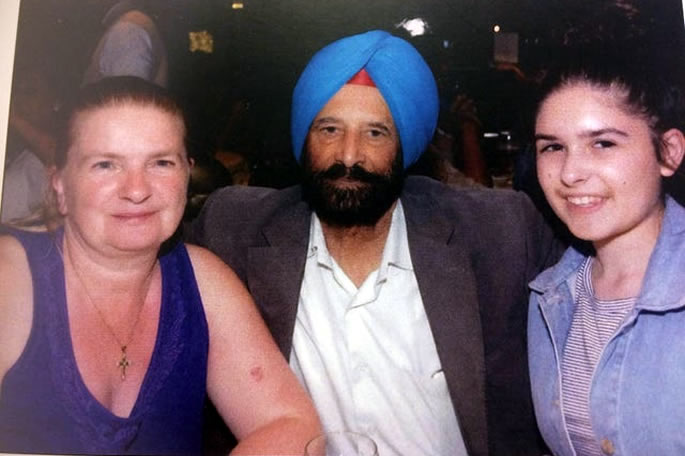 Dr Sidhu was very close to his family and he made many trips to India with Julie and their 17-year-old daughter India.

The last trip before his death saw the family visit Delhi, Agra and Jaipur, collectively known as the ‘Golden Triangle’.

They were joined by Dr Sidhu’s brother Surinder and sister Kanwaljeet. It ended up being India’s first time seeing the Taj Mahal.

Julie said: “Having a multi-cultural and multi-faith family Devinder had friends from many different faiths and he will be very sadly missed by many people.”

In August 2018, Dr Sidhu was diagnosed with Pulmonary Fibrosis, an incurable disease that affects the lungs. He fought a dignified battle against the illness.

A traditional ceremony took place followed by a funeral at St Leonard’s Church in Blackburn.

Burnley Express reported that donations in Dr Sidhu’s memory can be made to Action for Pulmonary Fibrosis c/o Bertwistle’s Funeral Service at 46, Burnley Road, Padiham.

Dhiren is a journalism graduate with a passion for gaming, watching films and sports. He also enjoys cooking from time to time. His motto is to “Live life one day at a time.”
Over 3,350 Indian Couples marry at Mass Wedding
Indian Cleaner steals 86 Watches worth over $2m in Dubai