TikTok celebrity Kirti Patel has been arrested for attempted murder. She was arrested in Gujarat on Monday, March 2, 2020.

"she had used the TikTok platform to abuse him"

While she has been detained, her friend Hanu remains on the run.

Kirti was arrested at her home in Surat, Gujarat.

It was reported that the attack stemmed from an ongoing feud with a man from the area. She had made TikTok videos, abusing the man and his friends.

Five days before the attack, Kirti made a TikTok, criticising several people. A man named Kanu Bharwad saw the video and asked Kirti who it was aimed at.

When she said it was directed at him and his friends, an argument ensued between the pair.

A few days later, Kirti made another TikTok video where she issued threats but did not name anyone.

Kanu and his friend Bharat Solanki knew it was aimed at them so they decided to resolve the matter by going to her house.

Kanu and Bharat met with Kirti and Hanu at the house. However, it became heated and the two men made threats.

At that point, the two women grabbed wooden sticks and began beating Kanu.

Following the violent attack, Hanu and Kirti fled the house while Bharat rushed his friend to the hospital. It was revealed that Kanu suffered severe head injuries.

Bharat also filed a police case against Kirti and Hanu, alleging attempted murder. Based on the statement, officers registered a case and soon arrested Kirti at her home. 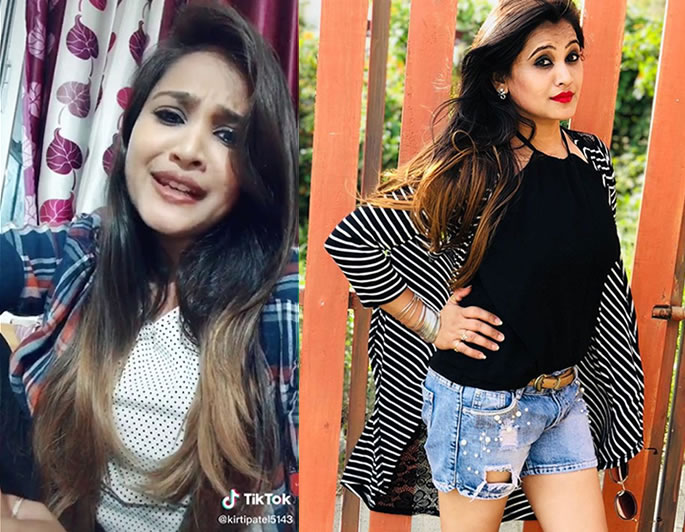 However, they are still searching for Hanu.

A case was also registered against the victim and his friend for making threats.

“Patel had some issues with Kanu and she had used the TikTok platform to abuse him and threaten him.

“We have arrested her today. Hanu is on the run.

“We have seen her TikTok videos in which she had issued threats without naming Kanu or anyone.”

Kirti Patel previously made a TikTok video of herself wearing a senior police uniform. Officers saw the video and were stunned.

Prior to the attempted murder charge, forest department officials in Surat fined Kirti Rs. 25,000 (£260) for making videos with owls.

Following her arrest, Kirti filed an application for bail. However, it was rejected by the court.

She was remanded in custody before being transferred to Lajpore Jail. Kirti will remain in custody while the investigation continues.

Dhiren is a journalism graduate with a passion for gaming, watching films and sports. He also enjoys cooking from time to time. His motto is to “Live life one day at a time.”
Indian Woman Honey-Traps Man to Pay Brother’s School Fees
Indian Bride drives Groom Home on a Decorated Tractor