The Reality of Being a Brown Girl during Lockdown

As a brown girl, is being in quarantine different than any other weekend or holiday? We explore the impact of lockdown on the brown girl.

"My brother and male cousins were always allowed to go out"

For a brown girl, having to remain at home during lockdown is not exactly a shock to the system.

In the South Asian community, freedom can sometimes be a privilege for only the male members of a Desi household.

A typical weekend, school, or university holiday for a brown girl can usually consist of not being allowed to socialise and leave the house to meet friends.

Double standards in society between men and women have existed since the dawn of time. For a brown girl, with regards to dating and socialising with a member of the opposite sex, life can be very difficult.

Many brown girls are restricted at home and then, at a certain age, expected to quickly find someone eligible to marry.

The rules that a brown girl has to abide by can differ from each household. Some may be restricted to only socialise with friends of the same sex, whereas some may be subjected to an absurd curfew.

The restriction and confinement, for many brown girls, also continues inside the family home.

For some Desi families, social media is unspoken of, parental restrictions are enabled on computers and sites such as YouTube and Netflix are forbidden.

Friendships established during school may diminish as a result of a lack of socialisation and not being able to relate to the situation of a brown girl.

Maintaining friendships and relationships in adulthood can be affected as a result of a lack of socialisation during adolescence.

Behind the “I’m a brown girl, I’ve been training for this my whole life” memes currently circulating on social media, this outdated confinement is all too real for many Desi girls. 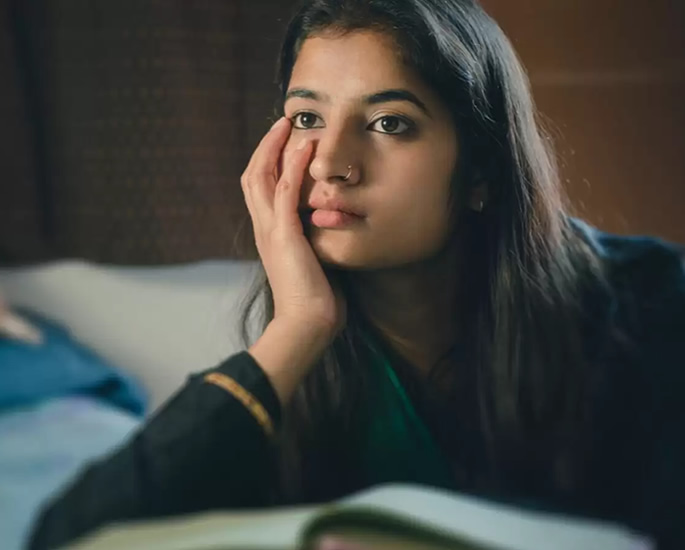 DESIblitz exclusively chats to three brown women about the difficulties they faced during adolescence, and how it has affected them in adulthood.

“I never went to birthday parties, and I didn’t have a phone until I was 17.

“Now at 22, I have to work hard to maintain my friendships because when I was younger I never had them. As a teenager, I used to have a lot of confidence issues.”

“Growing up, I felt so trapped. I know my parents didn’t mean to be so strict, it’s just something that south Asian families are used to.

“My brother and male cousins were always allowed to go out and have lots of friends but for my sister and me, that just wasn’t a normal thing for us.”

“Before lockdown, whenever I was allowed to go out, I always had to go with my older sister so I sometimes feel like I don’t have a life of my own.

“My white friends don’t understand why I have to turn down invitations to hang out.

“I know this is fairly normal for brown girls but that doesn’t mean it should be accepted.”

Reduced socialisation and physical contact with others can affect a brown girl in a variety of ways.

Isolation from others is most likely to lead to frustration in the short term. In terms of the long-term impact, a brown girl may avoid socialising, withdraw from social invitations, and feel suspicious and fearful.

Depression, poor self-esteem, and a lack of resilience are just a few negative effects of a lack of socialisation. Not being allowed to leave the house may lead to feelings of resentment within Desi families.

It could be said that Desi parents have the tendency to deny their daughters a chance to communicate with others. However, this may not be harmfully intended.

Generations of brown girls have been treated and raised differently in comparison to their brothers and male relatives. For many south Asian families, staying indoors applies explicitly to female members of a household.

Desi parents emphasise the importance of grades and a career until their child is in their mid-twenties.

The term tiger-parenting, which largely relates to Asian-Americans, could also relate to South Asian communities. Using authoritarian parenting techniques can subject a child to social and psychological issues.

The focus then shifts to marriage almost immediately.

The pressure behind being set up by family members whilst trying to form relationships on their own can be a confusing period for Desi women.

South Asian women may feel dating apps are the only way to form and navigate relationships. This is due to restrictions placed by controlling parents during adolescence.

Certain aspects of the South Asian community is likely to not allow their daughters to leave the house due to what society may perceive them as, cultural fears and neighbourhood rumours.

For example, a brown girl who is often seen socialising may be referred to as ‘whitewashed’ or not in touch with her roots.

Desi households often care too much about local gossip and how society may deem their family’s reputation. This comes at the expense of a brown girl.

The lockdown has also created many valuable opportunities for brown girls.

A survey conducted by Nutra Check has revealed one-third of the UK are cooking more during the lockdown.

This means that brown girls may be learning new skills such as cooking Desi food – something that they may not have had the time to do before.

Staying at home has allowed Desi families to re-connect and spend valuable time with one another.

Social norms have evolved and it is important that Desi families treat their members, regardless of their sex, equally to avoid co-dependency and feeling trapped in potentially abusive marriages.

The South Asian community should actively communicate with their daughters, nieces, and sisters to ensure that they are both seen and heard.

As the lockdown restrictions lift, hopefully, there will be differences for the brown girl compared to the past. If not, then lockdown or not, life will not have changed much at all.