Teacher suffers Torn Penis in Row with Boyfriend over Pakoras

A teacher has spoken about homosexual domestic abuse after suffering a torn penis at the hands of his boyfriend following a row over pakoras.

"He punched me, then he pulled my penis five times."

A Birmingham teacher was punched and had his penis torn by his boyfriend following a row over pakoras.

The 32-year-old revealed that after the assault at his former home in Moseley, the “throbbing” wound had to be glued at hospital.

The victim was also punched three times in the head.

And amid a harassment campaign, his now-former partner created a fake Grindr profile to share “embarrassing” information about him.

Thirty-one-year-old Luke Lal pleaded not guilty for a year but later admitted assault and harassment.

The victim met Lal in November 2018 in Birmingham city centre and was friends with him for three months before starting a relationship.

Though it was “initially admirable”, the victim said his boyfriend “changed”.

He says he retracted some of the statements to police as Lal was the “person he loved”.

But now, the victim is highlighting the taboo of domestic abuse in the LGBTQ community after Lal received a suspended sentence.

The man says the relationship ended after Lal became violent “for the final time” at their flat on the evening of January 29, 2020.

He explained: “I came back from playing tennis, it was around 9 pm, Luke and I had been texting about what to have for dinner.

“I told him that I was going to have veggie fingers as I was trying to cut down on junk food at the time.

“He suggested: ‘Let’s get pakoras’. When I returned home, he said he was going to the shop to collect food and when he came back he had bought pakoras.

“I said that I didn’t want to eat it. He started getting angry saying I’m not following what he wants to do, that I need to listen.

“He punched me, then he pulled my penis five times. He did calm down and I said: ‘I need to leave’.”

The man fled the property and called his mother, who subsequently called 999.

The victim was taken to Queen Elizabeth Hospital to be given pain relief. He was told that the cut would either need stitches or glue.

He said: “They said it was a 1cm laceration and they don’t usually stitch these kinds of wounds, so they glued the area and it took around two-three weeks to heal.

After the attack, he says Lal “just vanished for three weeks before sending a series of abusive text, audio and video messages”. 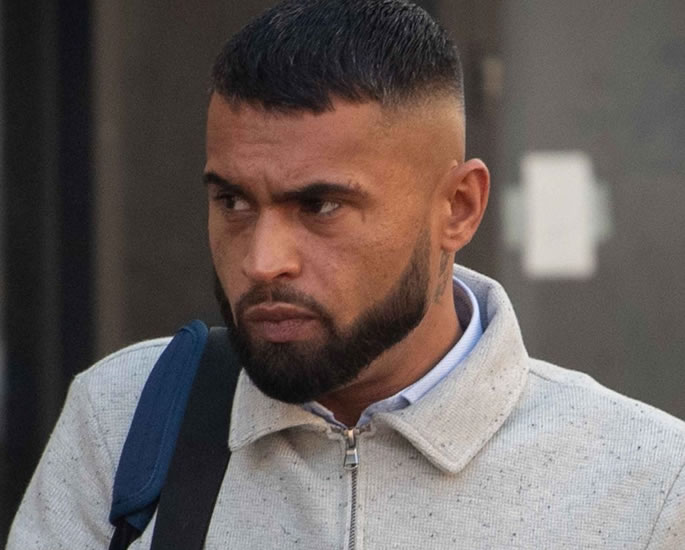 His ex-boyfriend also made a fake Grindr profile posing as the victim, in which he included sensitive information.

“From February to June, there was a series of voice messages, video messages, text messages, a fake Grindr profile disclosing information.”

After the incidents, the victim was left feeling “very nervous” as Lal was free as he was never placed on remand.

He told Birmingham Mail: “I think if the police and CPS took it very seriously he would have been kept on remand, but that never happened. He was free to go.”

“I was very nervous because he lives in the area I grew up in, I have friends there.”

Lal was sentenced to 12 months in prison, suspended for 18 months and ordered to do 150 hours unpaid work.

The teacher said he was no longer in fear of Lal and had no hatred towards his former boyfriend.

He said that as an Asian male from the LGBTQ community, it was important to speak about domestic abuse.

“I don’t think the prison is the answer to every offence, he might need rehabilitation.

“I wanted to bring awareness to other victims who are suffering from this.

“I know a lot of people wouldn’t want to speak up about it.

“People don’t want to disclose it but it happens and people would be surprised that it’s common.”

Dhiren is a journalism graduate with a passion for gaming, watching films and sports. He also enjoys cooking from time to time. His motto is to “Live life one day at a time.”
2 Men trafficking $10m Cocaine in USA busted by Police Dog
Dog Breeder jailed for Murdering New Girlfriend’s Baby