Taking the law into her own hands, an Indian girl has cut the penis off her rapist. The attacker was the victim’s uncle, and had already raped her once.

The attacker abused his position as a member of his victim’s family.

A teenage girl from the Madhepura district of Bihar in India cut off her uncle’s penis with a knife when he tried to rape her for a second time.

Some reports in the Indian media say that the young woman was first abused for when her parents took her to the uncle when she fell ill, as he is a tantric healer.

However, this has been contradicted by police, who say that the attacker simply abused his position as a member of the victim’s family.

After she was raped for the first time, the girl told the village council, but they failed to act. She then spoke to the female police officers at the local police station.

A senior police officer AK Singh, superintendent at the Alam Nagar police station, spoke of the how the girl’s case was dealt with: 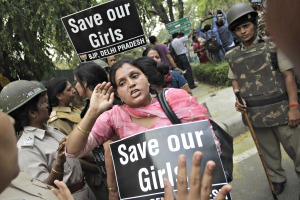 “The incident happened 20 days ago. Initially the girl went to the village council but when that was unable to resolve the matter the case was brought to me. We then filed a case at the women’s police station.”

Yet this did not stop the girl’s uncle attempting to rape her again.

When he tried to rape her for the second time, the girl recorded their conversation on her mobile phone, so that she would have evidence of the abuse she suffered. She then defended herself with a knife, cutting off her uncle’s penis.

Despite the violence of the girl’s response, police are not pressing any charges and are in fact applauding her.

Mr Singh, when asked if he would press any charges against the teenager, said: “Why should we file a case against her? We should applaud her bravery and courage.”

Rape is a persistent problem throughout India, and the issue has become an increasingly big one in public debate since the brutal assault of a student on a bus in Delhi, which ended in the victim’s death in 2012.

After this incident, the government in India introduced a series of measures which mean that those convicted of committing rape now face harsher penalties.

There are also now fast-track courts, which can handle cases faster and more efficiently. 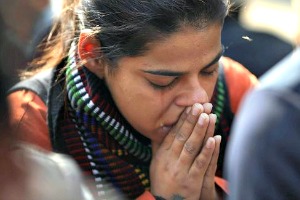 However, in rural parts of India where village councils are the main source of justice, or in situations where the rapist is a member of the victim’s family, it remains difficult for girls to get protection or for cases to be investigated.

This latest news of a woman taking the law into her own hands, using a knife to defend herself, shows again how prevalent this issue is.

Throughout India there have been protests and demonstrations regarding the position of women, and the amount of sexual abuse taking place.

This case makes clear the need for the justice system to reform and offer more support for victims, whilst also punishing those who commit sexual assault.

Whilst the police have applauded the girl’s “bravery and courage”, it is clear that she shouldn’t have had to resort to such violent methods to prevent herself from being harmed.

Police have said that the attacker fled after his penis was cut off, and they are currently searching for him.

Eleanor is an English undergraduate, who enjoys reading, writing and anything media related. Aside from journalism, she is also passionate about music and believes in the motto: “When you love what you do, you’ll never work another day in your life.”
The Indian Contribution to World War One
Include Me TOO highlights Asian Disability Stigma