Exciting times ahead as the first ever Indian Academy Awards is set to take place in California, with a weekend full of celebration and stars!

The 21st of December 2016 could turn out to be one of the momentous days in Indian cinema history, as the Indian Academy Awards were introduced to audiences at the US consulate in Mumbai, India.

In a move that will only generate more interest and buzz for the world’s largest film industry, the Indian Academy Awards promise to celebrate Indian cinema whilst becoming a true global juggernaut in the film industry.

It was fitting that Shahrukh Khan, a true representation of the glitz and glam of Bollywood, was on hand to launch the IAA. It promises to solidify the authenticity of identifying and rewarding Indian talent and simultaneously redefining the image of the Indian film industry across the world.

“I am happy to associate with the first of its kind Indian Academy Awards, which is an amalgamation of everything a cinema-lover could hope for. This academy invites everyone to be a part of a movement that will redefine the entertainment world.”

The awards are a truly exciting prospect and would make it extremely accessible for a global audience to gain a true and in-depth insight into the quality and quantity of Indian films. The Academy would fairly judge the films as it is one of the largest certifying agencies in the world. 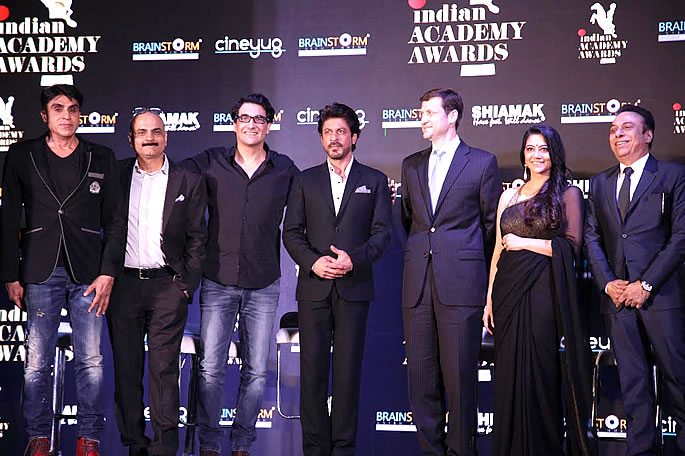 A key differentiator for these awards is that a global audience will be able to vote and participate in the jury, and in addition, the academy will be fairly judging the films as it is one of the largest certifying agencies in the world.

The talented and the beautiful of Hollywood, Bollywood and Tollywood will gather at the inaugural IAA in the Bay Area, California. It will definitely showcase the biggest and the best of the South Asian film industry and would be a spectacular event the night’s entertainment will be choreographed by contemporary dance icon of India, Shimak Davar.

In what promises to be a fun, exciting and glamorous two-day celebration, the inaugural Indian Academy Awards will include a fashion show, musical bonanza and play host to some of the biggest Indian musicians and international artists.

It will culminate with a grand finale of the award ceremony itself- guaranteed to make eyes pop with the exuberant and classy costumes and dresses on show.

The IAA are the brainchild of Brainstorm Entertainment, a company headed by Vandana Krishna and Saurabh Pandey in 2014. They will be hoping that the IAA will cater for everyone- from film connoisseurs in India to the casual overseas audiences.

Indi loves eating food, playing football, and reading Harry Potter all at the same time. And they say men can't multi-task. His quote is: “Is anyone else feeling hungry... Let's order some food!”
Sunny Leone is sizzling Hot as ‘Laila Main Laila’ in Raees
Baby Taimur name Sparks Backlash for Saif and Kareena