Shah Rukh Khan and Deepika Padukone’s second song from Pathaan, Jhoome Jo Pathaan is out. It is an electric dance number.

"Arijit has weaved magic with his charismatic voice"

Pathaan is on the news ever since the film’s teaser was released.

After ‘Besharam Rang’, the makers released the second song from the film titled ‘Jhoome Jo Pathaan’.

He added: “Celebrate Pathaan with YRF50 only at a big screen near you on 25th January 2023.

“Releasing in Hindi, Tamil and Telugu.”

Talking about the song which has already created a buzz, director Siddharth Anand said:

“When we were planning Jhoome Jo Pathaan, I was clear that we should have Arijit Singh sing for Shah Rukh Khan.

Siddharth added: “Arijit has weaved magic with his charismatic voice in this dance number that sees SRK and Deepika let their hair down and groove to the music.”

However, even before the song’s release, a picture from the song was going viral on social media.

The poster features Shah Rukh Khan and Deepika Padukone leaning against a bright yellow car and their swag is off the charts.

Shah Rukh Khan is seen dressed in a white shirt while Deepika Padukone is seen in a pair of shorts with a quirky top.

About the song, Siddharth commented: “Music plays a very vital role in my films and fortunately the music of my films has always been well-reviewed.

“I have only tried to entertain people with the music of my film and I’m very, very particular about it because it adds a lot of value to the film and also to the viewing experience of audiences who are paying money to come and watch the films that we make…

“Jhoome Jo Pathaan is a song that I’m very proud of and extremely confident about. I think audiences will find it irresistible to dance to the beats!”

The first track from the film, titled ‘Besharam Rang’, was released on December 12, 2022.

Since the release of the song, the music video has received backlash for Deepika Padukone’s outfit and the lyrics themselves. 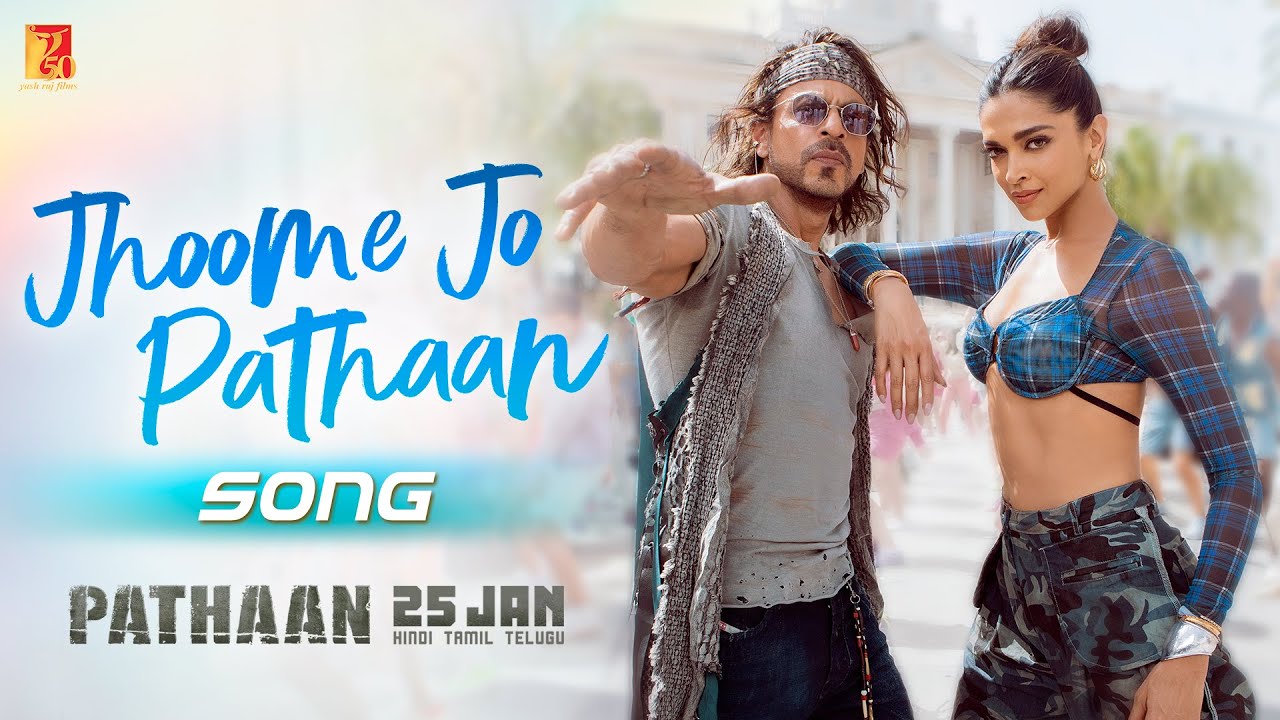 Aarthi is an International Development student and journalist. She likes to write, read books, watch movies, travel, and click pictures. Her motto is, “Be the change you wish to see in the world
Shide Boss talks RnB Sound, ‘Dil Ko’ & Music Industry
Indian Bride performs Chenda at Her Own Wedding