Sergeant Shiv Chand enlightens us about his rewarding career with the RAF. We find out why he joined and about incredible his achievements.

Choosing a career to serve in the Royal Air Force (RAF) is not what South Asians with British nationality would actively opt for but this is certainly a choice that has significantly rewarded Sergeant Shiv Chand.

Facing cynicism from his own community was something he and his family had to deal with in the 1980s when he joined. The stigma for the minority of Asians joining the forces was very apparent in those days.

However, Shiv proved people in the community wrong and created a dream career with the RAF, which he would choose again and again.

Shiv has been in the RAF for over 34 years and has enjoyed a career with many diverse roles.

From serving in countries like Cyprus, Iraq, Afghanistan, Germany and Kosovo to going up in the ranks, he has seen how the RAF has worked hard to make changes towards diversity and inclusion.

DESIblitz exclusively speaks to Sergeant Shiv Chand to find out more about his RAF career and how it has changed.

What prompted you to join the RAF?

I come from a family that has a military background.

My father, uncles and a vast majority of my cousins were in the Army and indeed a number of my cousins back in Indian are currently serving members of the Indian Army: so it was almost expected of me to join the Army.

Having said that it was my boyhood dream to join the Royal Air Force and I become the first member of my family to do so.

I was attested into the Royal Air Force as a Logistics Support Supplier (Logistics) on 26 April 1986.

How has your family reacted to your choice? 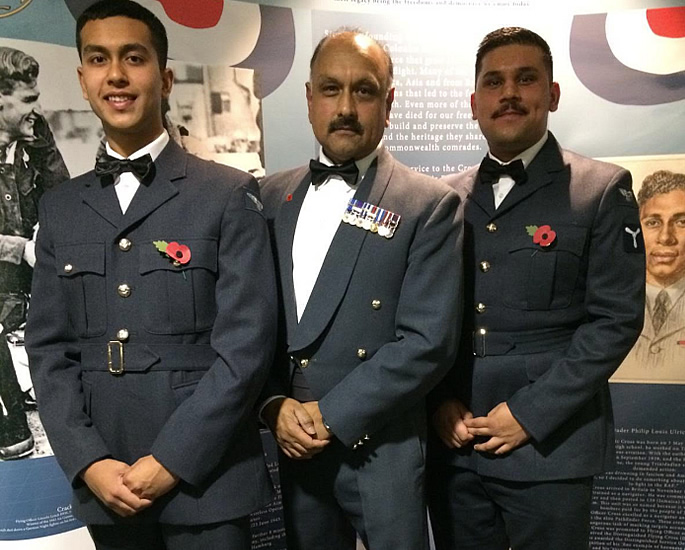 It is almost a family tradition to join the forces, back in India. So my family was okay about me joining the RAF.

However, the shock came to me when my own community shun my family and my mother in particular because I had joined the RAF.

Back in 1986 when I joined, the Asian community were very cynical about these things, they openly voiced their opinion to members of my family.

At times stating that it was irresponsible of my mother to allow me to waste my life and education on a job that I could not possibly succeed in.

Well, if what they said was true about wasting my life and education on a job that I could not succeed in, then all I can is “WAW, can I do it again?” and given the choice, I would not change anything about the choice of career I embarked on.

My mother was the proudest woman on the planet to see me in uniform.

Yes, she worried about the times I was away on “my adventures” as she used to put it, however, deep down in her heart I think she saw a lot of my late father in me and that always put a smile on her face.

Already, the next generation of my family has started to follow in my footsteps.

One of my nephews is due to graduate as a Senior Air Craftsman (Technician) in the Avionics Trade, SAC(T) Miles Balu will graduate from the RAF’s School of Technical Trade Training at RAF Cosford this year.

Rightly or wrongly I do envy him because he has all the worldly adventures ahead of him, as I near the end of my adventures in the RAF.

What kind of roles have you done in the RAF?

Over the last 34 years, I have enjoyed a very rewarding career and roles.

I have worked on a number of flying Squadrons and as soon as I could, I opted for field duties as part of the Tactical Supply Wing of the Royal Air Force.

This role took me all over the world and I loved it. I could go on all day about the adventures this role provided.

What kind of innovation have you been involved with? 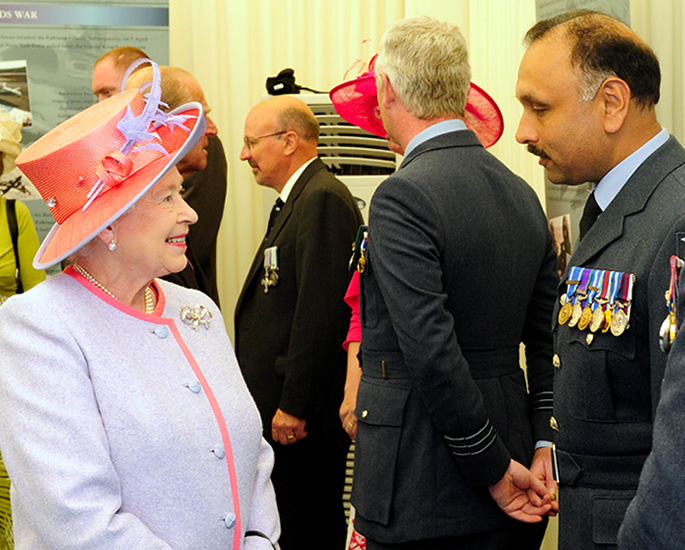 I have seen service in these countries in various logistical roles, Everything from just managing stock to training the Afghan National Army logistical procedures.

What are the highlights of your career?

That one is easy, Teaching the Afghan Nation Army Logistics. That has to be the challenge of my life.

The people of Afghan embrace you very quickly, if you give them the chance to express their way of life and actually appreciate them for who they are and not try to impose your ways of life or your culture on them.

I have made some very good friends from the ranks and files of the Afghan Army (soldiers and officers). And it actually saddens me when I hear that one of them has been hurt or killed in the line of their duties.

How diverse is the RAF today? 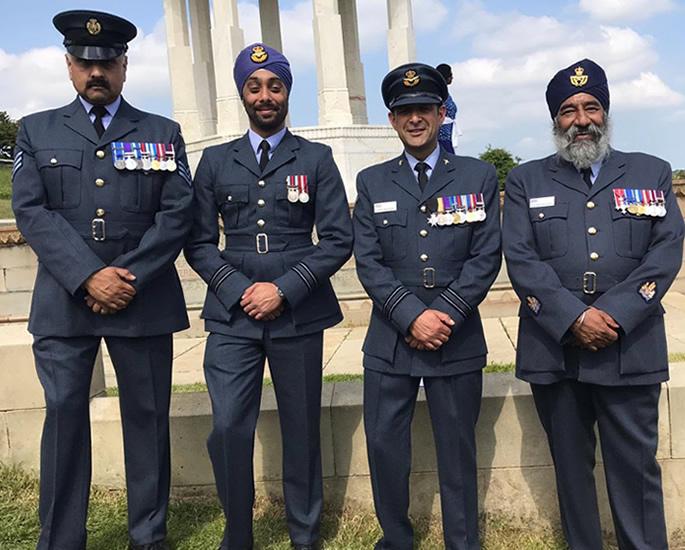 The modern-day RAF is one of the most diverse organisations in England, if not the world at this moment in time.

From the Bottom of the Ladder to the Chief of the Air Staff, there is total transparency and equality for every individual who is serving in our ranks.

The management structure has made every effort to achieve this.

An individual’s skin tone, sexuality, gender, religion or cast does not matter to us.

We just want people who are fit for purpose, fit to serve and more importantly HAPPY to be part of our TEAM.

The RAF has come a long way from 26th April 1986, the day when I got on the train to RAF Swinderby to start my Recruit training.

It was a different world then and over the years we have evolved and made changes to bring into effect Diversity and Inclusion. And we strive to perfect that in our organisation and it is EVERY INDIVIDUAL’S DUTY to aim to achieve that state of perfection.

Why should someone join the RAF? 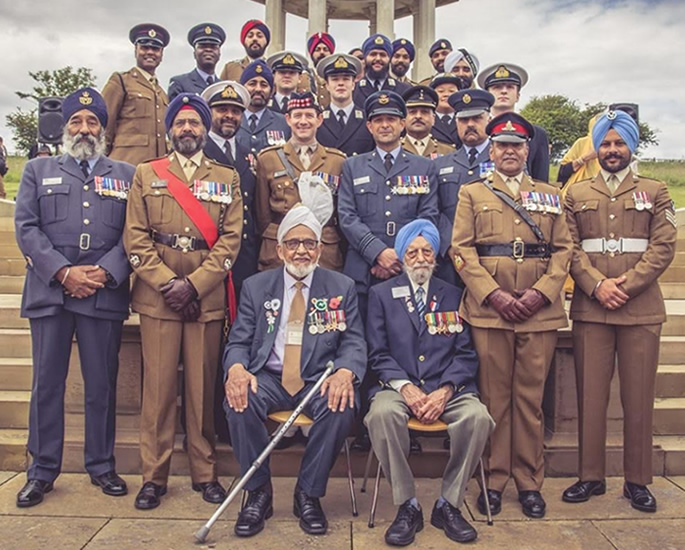 The RAF is an organisation that is at the cutting edge of professionalism.

We pride ourselves on our levels of diversity and inclusion.

The RAF offers challenges to young people that very few companies can offer.

We offer a wide range of career paths that very few other companies can beat.

Our training is considered to be the best.

We offer worldwide travel, an opportunity for further education and equal rates of pay.

One of the most important things to remember above everything else is that “Once you put on that uniform, YOU are the Royal Air Force” you have traditions to uphold, standards to maintain and more importantly you are the front line of defence in defending our nation along with the Army and the Royal Navy.

Frankly, if any individual gets bored of being in the RAF, it is not the RAF that’s boring, it’s most likely the individual who is boring.

Speaking to Sergeant Shiv Chand certainly gives a great insight into the exciting and sustainable career he has had with the RAF.

The conversation reflects that stigma of joining the RAF does not have anything to do with the rewarding career offered by such a choice but the narrow-minded view of some South Asian communities in the UK.

It shows that by joining the RAF you definitely will embark on an adventure, a journey and skills learning opportunity which is very different from a typical 9-5 office job.