It was rumoured the couple got engaged in February 2020

Renowned WWE Superstar and actor John Cena has tied the knot in a secret ceremony with Shay Shariatzadeh.

John Cena, 43, who started dating Shay Shariatzadeh, 29, in 2019, was previously in a relationship with WWE Diva Nikki Bella. However, the pair parted ways in 2018.

Cena and Shariatzadeh kept their engagement a secret and even filed for a marriage certificate in early October 2020.

The private wedding was held in Tampa, Florida on October 12, 2020.

This is Cena’s second marriage. Previously, he was married to Elizabeth Huberdeau. The former couple were married from July 2009 but split in May 2012.

Their divorce was later finalised in July 2012.

Later, in 2012, John Cena found love with Nikki Bella. In fact, he asked Nikki Bella to marry him at WrestleMania 33 in April 2017.

In April 2018, Cena and Bella called off their engagement. This shocked their fans as they were due to get married in May 2018.

The reported reason behind their split was because Nikki Bella wanted to have children. However, John Cena did not.

Despite this, Bella is now a proud mother to her first child Matteo Artemovich Chigvintsev with boyfriend, Artem Chigvintsev. 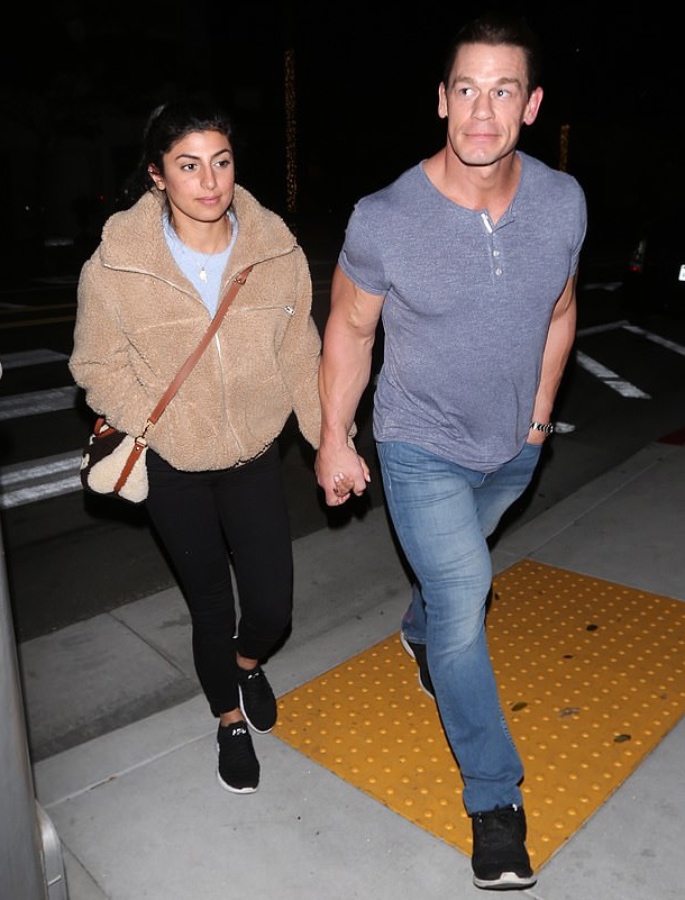 Even though John Cena and Shay Shariatzadeh were quiet about their marriage while dating the pair was public about their love.

They were often seen kissing in public and it was believed they had got serious about their relationship quickly.

It was rumoured the couple got engaged in February 2020 when Shariatzadeh was spotted sporting a ring.

Around the same time, John Cena shared a post about marriage. He tweeted:

“A happy marriage is a long conversation that always seems too short” – Andre Maurois.”

Shay Shariatzadeh was born in Iran. However, she was raised in Canada where she is a Canadian citizen.

John Cena’s wife is a product manager for a technology company in Vancouver.

Interestingly, neither John Cena nor Shay Shariatzadeh have publicly commented about their marriage.

The self-motivating book “illustrates the importance of believing in yourself and never giving up.” It was published on October 9, 2020.

As well as his children’s book, John Cena is working on other projects. This includes the new Fast & Furious instalment F9. He will be essaying the role of Vin Diesel’s (Dominic Toretto) brother, Jakob Toretto.

The actor will also play The Peacemaker in the sequel to The Suicide Squad (2021).

Not only that but John Cena will also star in Vacation Friends based on Robert Ludlum’s novel. He will star alongside Meredith Hagner and Lil Rel Howrey.

Ayesha is an English graduate with an aesthetic eye. Her fascination lies in sports, fashion and beauty. Also, she does not shy away from controversial subjects. Her motto is: “no two days are the same, that is what makes life worth living.”
6 Famous British Asian Boxers In The Ring
IPL 2020: Kings XI Punjab make History after Two Super Overs