Indian actress-comedian Mallika Dua explained that it is exhausting to be funny on-screen all the time. Find out her reason.

"We have to draw the line. It's exhausting to be constantly funny."

Indian actress-comedian Mallika Dua says comics often feel the pressure to constantly perform and pretend to be happy, which is why it is important to draw a line and look after one’s mental health.

Mallika shot to fame with her comedy sketches, often tackling Delhi stereotypes, in 2016 and has since been a social media sensation.

The 31-year-old comedian said she started her comedy career purely out of fun.

However, she soon realised that it can become an unhealthy loop of numbers and greed, one which has to be navigated with caution.

Dua stated: “I feel a lot of pressure, every day. It takes a massive toll on your mental health.

“I didn’t start to appease anyone, it was purely out of my own happiness.

“It started as ‘you are good at it, you should do more’ then it became ‘if you don’t do it, you won’t make money’.

“Then it transformed into ‘you must do it because others are doing it and you must be better than them’.

“So there’s no end to it. I don’t post obsessively anymore. I don’t want to get caught up in the rat race of numbers.”

The actress said it is no secret in comedy business that many comics across the world go through depression.

She added: “There’s something, this pressure to be constantly performing and pretending to be happy.”

“We have to draw the line. It’s exhausting to be constantly funny.” 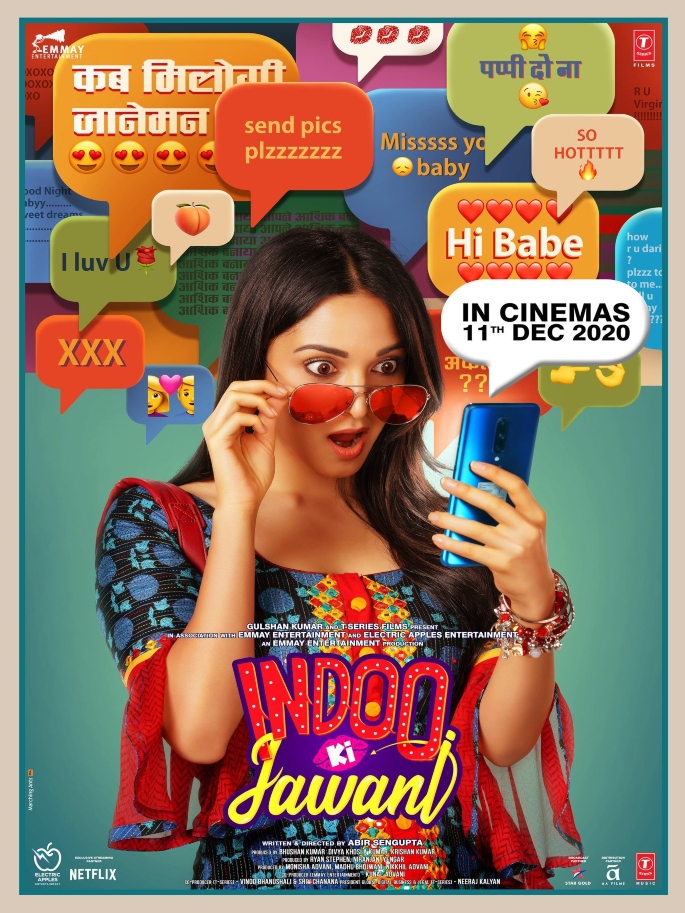 The film features Kiara Advani as a feisty girl from Ghaziabad whose left and right swipes on dating app results in hilarious chaos.

She meets and falls for a Pakistani man, played by Aditya Seal stewing a cross-border love story.

Mallika said she was instantly drawn to the Abir Sengupta-directed film because of its funny script.

She claimed that the makers weren’t offering her the part of a “token best friend”, a character which she believes is mostly “underwritten” in Hindi cinema.

“If you look at Stree or Fukrey, they have well-written parts.

“That’s a problem for me, which is why I don’t say yes to a lot of the film’s that are offered, because it doesn’t really do anything for my career. It’s just time pass.”

Mallika said one of the reasons why there aren’t enough women in comedy is because it was never made aspirational for a woman to be funny.

The actress said every time a woman has showcased her sense of humour, she has been made to look like “an idiot”, which isn’t the case with men.

Mallika continued: “For them, being funny is taken as a romantic attribute. But it’s changing now, thanks to pop culture.

“The next step would be if agents back their women artistes as hard as they back the male artistes.”

Akanksha is a media graduate, currently pursuing a postgraduate in Journalism. Her passions include current affairs and trends, TV and films, as well as travelling. Her life motto is 'Better an oops than a what if'.
Priyanka Chopra seeks to Influx Hollywood with Indian Talent
Diljit Dosanjh slams Trolls criticising Farmers eating Pizza