Shanaya Kapoor heated up social media when she posed in a white bikini and sheer overlay as well as a huge straw hat.

The up-and-coming Bollywood actress shared glimpses of a throwback photoshoot and she looked gorgeous.

In the pictures, Shanaya sported a white bikini from Ookioh as well as a sheer overlay.

She also wore a show-stealing oversized hat from Myaraa by Namrata Lodha.

“Mentally I’m in Mexico ordering for tacos by the beach.” 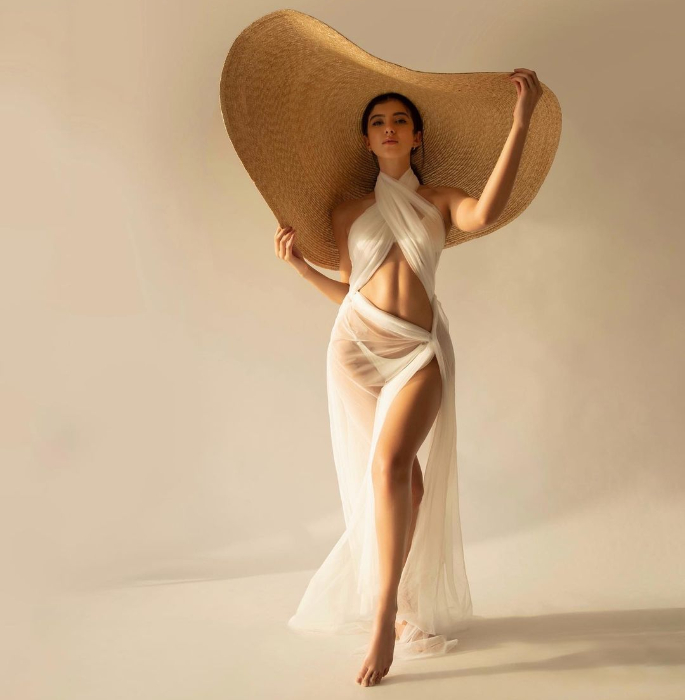 Shanaya had her hair tied in a ponytail while she kept her makeup to a minimum as she innocently gazed towards the camera.

She also kept her accessories to a minimum with a pair of subtle hooped earrings, ensuring that all eyes were on her bikini look.

Her natural beauty was on show as she flaunted her toned body.

The light provided a sun-kissed effect as it shone on all the right angles.

Shanaya also showed off her long tanned legs during the photoshoot, which was done by celebrity photographer Sasha Jairam.

“Where are my tacos?”

Another read: “Throwing shade isn’t going to help you shine.”

The scintillating pictures went viral and were quickly appreciated.

Suhana described the photos as “unreal” while Ananya was left in awe, writing: “What?” 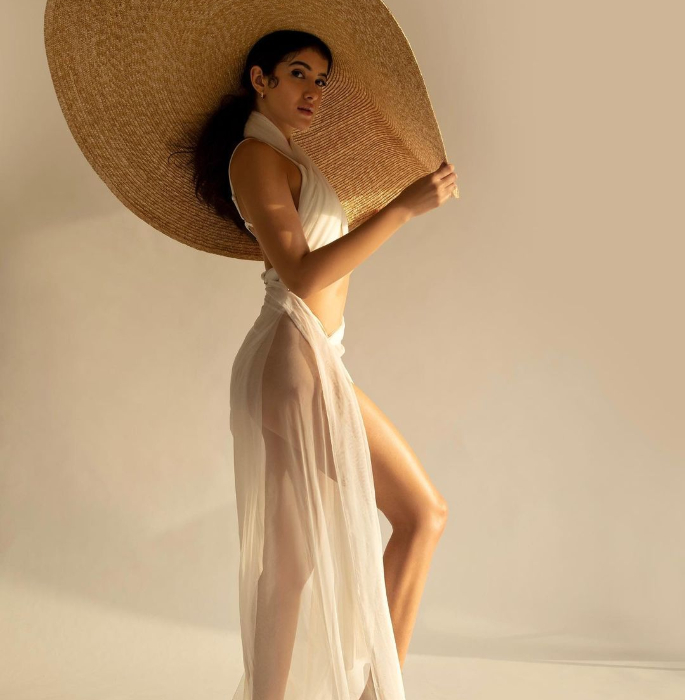 Shanaya’s parents Maheep and Sanjay Kapoor also expressed their love for the pictures in the comments section.

Shanaya has a loyal following on Instagram and regularly keeps fans happy with her stunning pictures.

She previously worked in Bollywood as an assistant director for Gunjan Saxena: The Kargil Girl, which starred her cousin Janhvi Kapoor.

Now she is set to make her Bollywood debut, with the film set to take place from July 2021.

The 21-year-old is set to be launched under Karan Johar’s Dharma Productions.

Upon hearing the news, Shanaya expressed her happiness, writing:

“Woke up today with the most grateful heart!

“Here’s to a great journey ahead with the @dcatalent family. Excited to kickstart my FIRST FILM (ahhh!!) this July by @dharmamovies, can’t wait for you all to see what we’re up to! Stay tuned! #DCASquad.”

Dhiren is a journalism graduate with a passion for gaming, watching films and sports. He also enjoys cooking from time to time. His motto is to “Live life one day at a time.”
Ritu Beri discusses Covid-19’s Impact on the Fashion Industry
Can Desi Men wear Skirts too?