Sonam Kapoor showcased her pregnancy fashion in a photoshoot, posing for the camera in a sheer black kaftan.

"Most fabulous pregnant woman ever."

The actress shared a series of pictures from her maternity photoshoot.

She opted for an edgy look, wearing all-black.

Sonam wore a sheer black kaftan from Fil De Vie. It featured intricate embroidery that added a regal touch to her look.

She wore a black bralette underneath and showcased her baby bump.

For accessories, she sported statement earrings that had a hint of pink.

She went for black nail polish and completed her look with black heels. 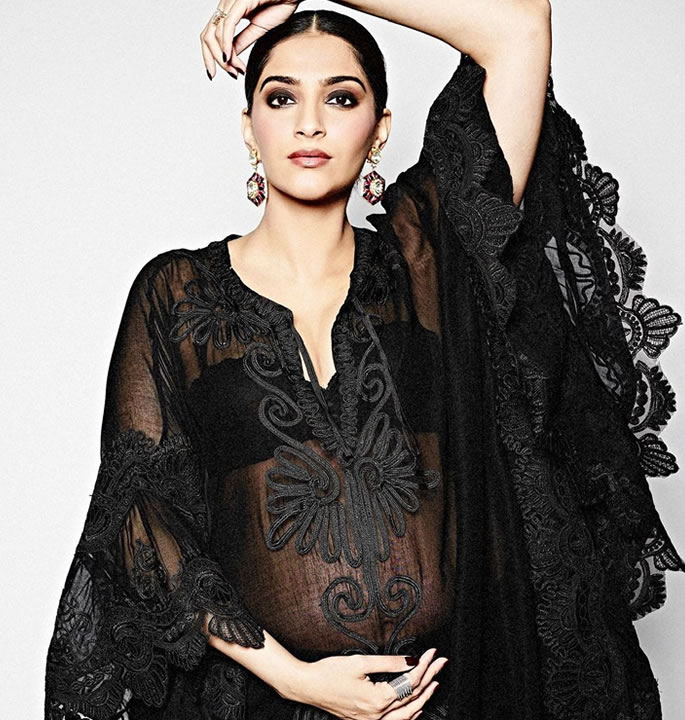 Her hair was styled in a sleek bun with a central parting.

It was a glamorous makeover to what is usually seen as a relaxed outfit.

The outfit and exposed baby bump channelled Rihanna vibes as many of the singer’s outfits have had her baby bump on full display.

Sonam captioned the post: “Kaftan life with my angel.”

One fan wrote: “You are magic.”

Another commented: “You are phenomenal.”

A third said: “Most fabulous pregnant woman ever.” 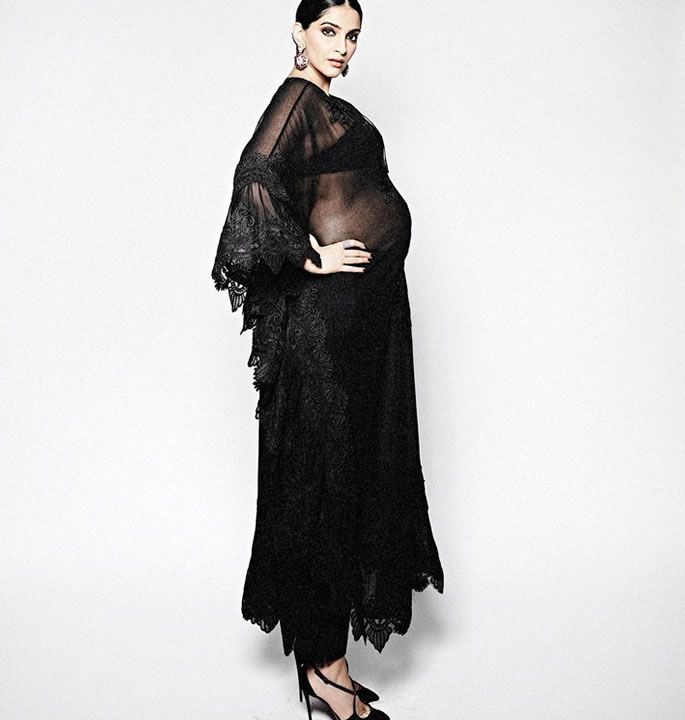 Sonam Kapoor and Anand Ahuja had announced they were expecting their first child together in March 2022.

She shared a series of photos from a maternity shoot.

In the pictures, Sonam wore a black long-sleeved bodysuit and cradled her growing baby bump.

She wrote: “Four hands. To raise you the very best we can.

“Two hearts. That will beat in unison with yours, every step of the way.” 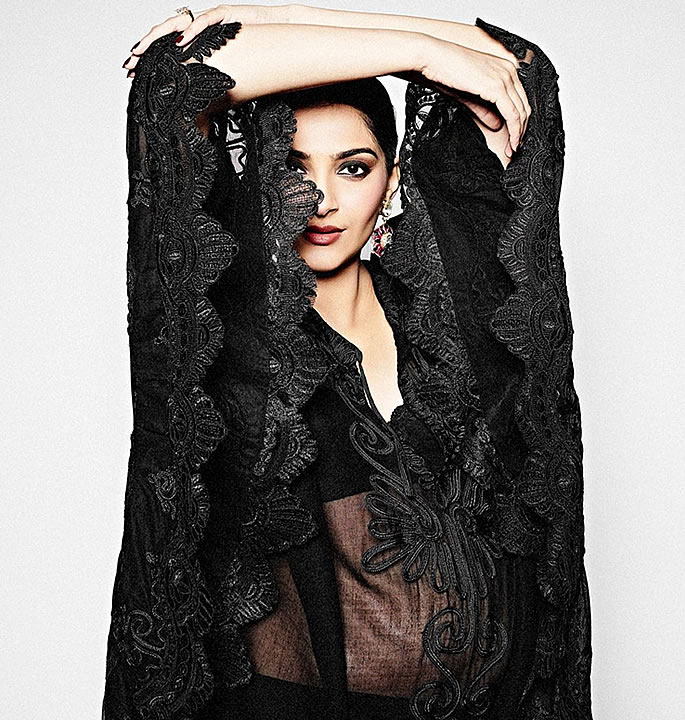 Sonam Kapoor has embraced pregnancy with numerous stunning photoshoots but she previously admitted that the first few months of her pregnancy were difficult.

However, she stated that she is ready to take up the challenges that come with motherhood.

She said: “The reason we’re all here is to change and become better versions of ourselves.

“So that evolution is something I look forward to.”

Dhiren is a journalism graduate with a passion for gaming, watching films and sports. He also enjoys cooking from time to time. His motto is to “Live life one day at a time.”
Is Kartik Aaryan dating Kriti Sanon?
Munawar Faruqui opens up on Mother’s Suicide on Lock Upp