"So, this track is meant to cheer everyone up."

Despite performing songs from different genres and in different languages, this is his debut Bengali song.

The song was launched on Thursday, August 27, 2020, and it was in the presence of Shaan, actors Neel Bhattacharya, Trina Saha and lyricist Rajib Chakraborty.

The new track has been composed and sung by Shaan while the lyrics have been cleverly written by popular Bengali lyricist Rajib Chakraborty.

In Bengali, the word ‘China’ has a different meaning. It means ‘I do not want’.

The song pokes fun on ‘China’ with the sentiment of Make in India and Aatma Nirbhar.

It is a lighthearted upbeat dance track which is about a boy who is unhappy with his girlfriend’s social media obsession.

The music video portrays a young couple during the lockdown. The boy is shown to be obsessed with the girl while the girl seems to be more interested in social media.

He eventually realises that he is second in her list of priorities.

It is a track which highlights a problem with millennials.

At the song launch, Shaan said:

“We are all going through a sentimental phase post lockdown. Everyone is scared about what happens next and people have also become bored sitting at home.

“So, this track is meant to cheer everyone up. It has nothing to do with China as a country or Covid-19 or even lockdown.”

Neel Bhattacharya, who stars in the music video, said:

“This is the first time that we have got this opportunity to work with Shaan and we are very excited about it.

“This is also a new experience as it has been shot on our phones at our homes during the lockdown period.”

Trina was also very excited about the new release. She added:

“We hope that we will be able to give our audience a beautiful joyride.”

The music video has been produced by Mumbai-based Supari Studios.

Not only is the song Shaan’s first Bengali track but it also has an innovative music video.

This is the first time that an Indian music video has been designed to create the illusion that the phone has taken over as the video appears entirely in Portrait Mode as though viewers are looking at an actual phone screen.

More intriguingly, the whole video was shot at each artists’ home, using only their phones.

Watch the Music Video for China 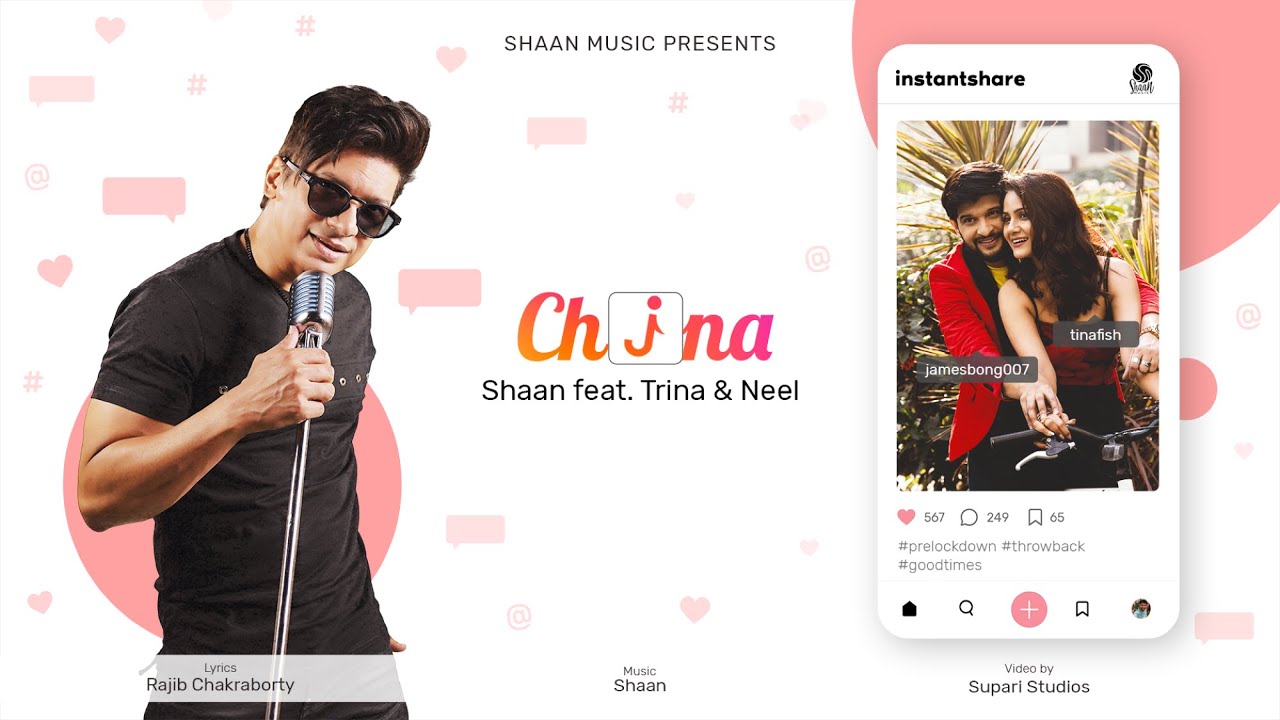 Dhiren is a journalism graduate with a passion for gaming, watching films and sports. He also enjoys cooking from time to time. His motto is to “Live life one day at a time.”
Swiss Women dance to Diljit Dosanjh’s G.O.A.T. in Viral Video
Celebrating 30 Years of Aashiqui and its Music