It’s Khan vs Khan on Eid 2016! Salman and Shahrukh are set to go head to head with their respective film releases, Sultan and Raees. But which Khan will reign Box Office supreme?

The two 50-year-old superstars of Indian cinema, Salman Khan and Shahrukh Khan, are reportedly about to see their pseudo friendship tested as they go head to head at the Box Office for their Eid 2016 releases.

In the Salman corner is Sultan produced by Yash Raj Films, in which (funnily enough) Sallu Bhai plays a wrestler.

Hyping up the excitement for 2016, YRF released an original ‘Date Announcement’ teaser on June 23, 2015 which confirmed the upcoming film for Eid 2016.

The short 30-second teaser features a commentator reporting on a match between Sultan Ali Khan (played by Salman) and his opponent Rakesh Sangwan:

A captioned quote also appears from Sultan, that reads, ‘Wrestling is not a sport. It’s about fighting what lies within’.

You can watch the teaser here: 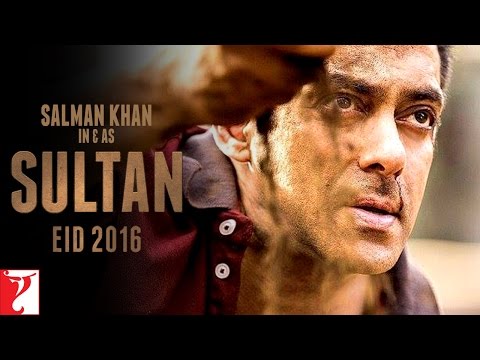 Written and directed by Ali Abbas Zafar, the film is produced by Aditya Chopra. Principal photography and filming is expected to start in November 2015.

Currently there is no lead heroine confirmed for the film. Both Deepika Padukone and Kangana Ranaut were approached to star opposite Salman, but both rejected the offer. However, rumours suggest that Kriti Sanon may have been selected for the film.

While the unusual teaser is a new approach for Bollywood filmmakers, it has certainly had the desired effect as both celebs and fans have been tweeting their excitement over the upcoming project.

But while Salman basks in the eager anticipation of his next film, SRK stands in the other corner of the ‘box office’ ring with Raees, which will see the popular Pakistani actress, Mahira Khan, make her big Bollywood debut. Directed by Rahul Dholakia and produced by Farhan Akhtar, Ritesh Sidhwani and Gauri Khan, SRK plays a gangster.

Raees promises to be a huge production which will continue to cement the Badshah as the King of Romance. 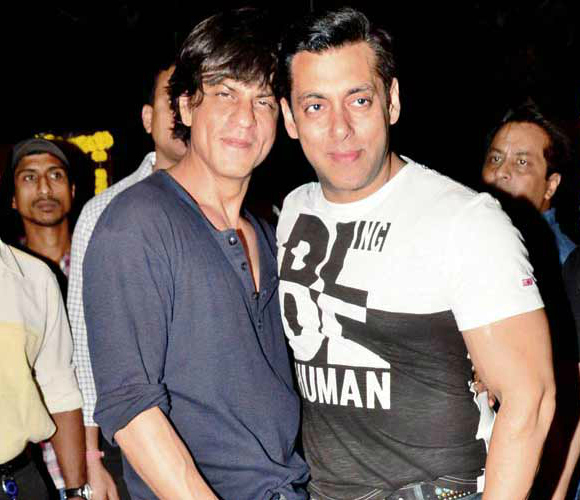 But now it seems that Eid 2016 is open to all, with both Salman and SRK competing for cinema seats. No doubt, it will result in split viewing at cinema halls, and fans of both SRK and Sallu will see their loyalties questioned.

The last time this happened was in Diwali 2006, where SRK’s Don released the same day as Salman’s Jaaneman.

Alas, when it seemed like all animosity was behind them, a mutual lust for success continues to haunt our two favourite Khans – Shahrukh and Salman.

Will this new competition to be Box Office King be the ultimate test of their newfound friendship? Which Khan will you choose?

Aisha an English literature graduate, is a keen editorial writer. She adores reading, theatre, and anything arts related. She is a creative soul and is always reinventing herself. Her motto is: “Life is too short, so eat dessert first!”
Katrina Kaif joins Jackie Chan in Kung Fu Yoga?
Diljit Dosanjh and Neeru Bajwa delight in Sardaar Ji