The trailer for the Salman Khan produced film, Hero, has been revealed. Making their acting debut, Athiya Shetty and Sooraj Pancholi sizzle in the whirlwind love story.

“Hero is a dream launch and is a big thing for me to reach till here."

Salman Khan chose Mumbai as the location to finally reveal the trailer for the up and coming action film, Hero (2015), and it looks amazing!

Making their acting debuts, Athiya Shetty and Sooraj Pancholi joined Salman on stage as the stars exclusively presented the trailer to fans and media.

Directed by Nikhil Advani and co-written with Umesh Bist, the movie is a remake of the 1983 film, directed by Subhash Ghai and starred Jackie Shroff.

The three minute action packed trailer unfolds a story of two lovers who battle against the odds for each other in the face of diverse conflict.

Themes of violence and love are perfectly intertwined together. Its high energetic action sequences are fused side by side with touching scenes of intimate love.

Watch the trailer for Hero here: 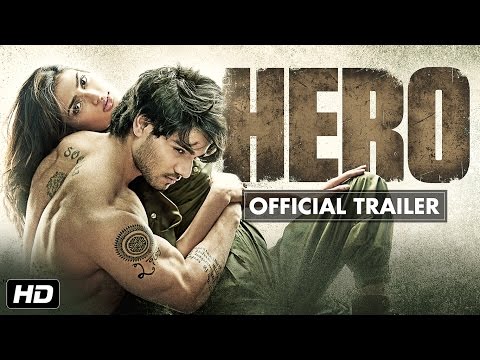 The power duo have great on screen chemistry, which heightens the romantic anti of the movie.

The trailer received a roaring response from the crowd, which turned Sooraj into an emotional wreck.

When called onto the stage, the actor had to fight back the tears, commenting:

“Hero is a dream launch and is a big thing for me to reach till here. That’s the reason I got so emotional.” 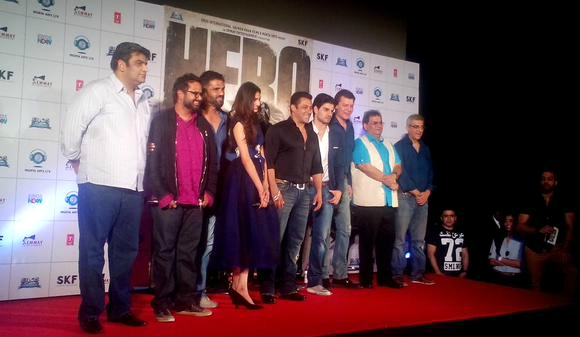 Speaking of their remake, Athiya stated:

“I saw the original film when I was very young. I don’t think it should be compared…I hope we have created something new.”

As expected, the response on social media was immense.

“Just how gripping is the trailer of #Hero! Adrenaline rush is what I felt! Well done @nickadvani.”

The trailer has surely created a buzz amongst film fanatics.

What promises to be an unmissable action-packed ride, Hero will release from September 11, 2015.

Danielle is an English & American Literature graduate and fashion enthusiast. If she isn't finding out what's in vogue, it's classic Shakespeare texts. She lives by the motto- "Work hard, so you can shop harder!"
Friend Zones, Art and Desi Rascals by Shmoyel
Meet the New Cast of Desi Rascals Series 2